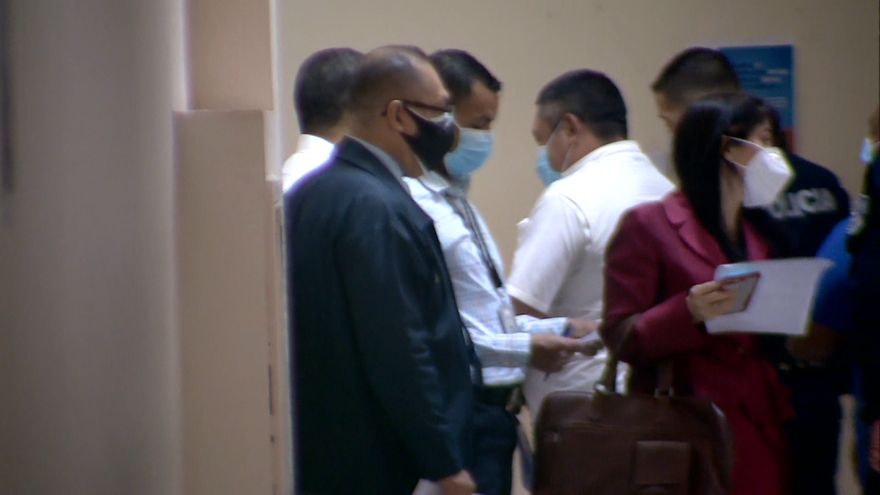 The Judge of Guarantees, Diana García legalized the arrest and issued the precautionary measure of provisional detention for the former governor of Guna Yala, Erick Iván Martelo Robinson and his driver Rogelio Alba, for aggravated possession of drugs and modification of the vehicle to transport illicit substances.

The judge also legalized the seizure of the vehicle in which the drugs were transported. A term of six months of investigation was established.

Earlier, Lorenzo Hincapié, legal advisor to the Ministry of Government, went to the SPA to notify about the dismissal of Martelo Robinson.

Martelo Robinson was apprehended in the Las Garzas sector, Panama East, during a police action in the early hours of this Tuesday, through which 79 drug packages were seized.

The units carried out the revision of the vehicle and the Ion-Scan test through which a double bottom where the drug packages were located was detected in the front, under the pilot's position.

The President of the Republic, Laurentino Cortizo ordered the dismissal of Martelo Robinson, after hearing what happened, and announced the appointment of Alexis Alvarado as the new governor of the Guna Yala region.

Oh ya 162 days ago
It would be interesting to know in what direction he was traveling. Towards the city or Guna Yala
View all comments (1)Add comment