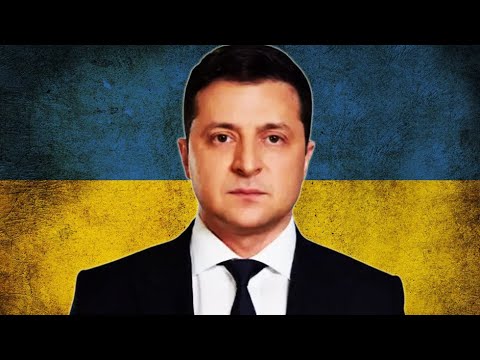 Zelensky’s party crackdown is his big mistake, because he cannot claim that Ukraine is a democracy. It is not.

The news that Ukraine’s president Volodymyr Zelensky has banned eleven opposition parties – including the pro-Russian ‘Opposition – Platform For Life’ which holds 44 seats in the 450-member Ukrainian parliament and has spoken out against the Russian invasion – may be the embattled leader’s first major mistake in the month since Putin launched his brutal invasion.

Zelensky coupled the decree suspending the activities of the parties, decided on by Ukraine’s national defence and security council, with a ban on private TV stations – merging them all into a single state-run TV channel. And that could be his second big error. For Ukraine’s strongest card – the unique selling point that has drawn such sympathy and support from almost the entire democratic world – has been the fact that, in stark contrast to Putin’s repressive Russian state, it is – or was – a free country.

That means that it holds real elections, has a diverse media, and allows politicians critical of the government to get their views heard. All things that we take for granted but which have already disappeared or are fast vanishing in Putin’s prison state. That difference drew a dramatic line between the society that the majority of Ukrainians wished to live in, and the big bad neighbour from hell next door. Tragically, Zelensky’s two moves fatally blur that line.

Zelensky’s motives for his move are obvious

The danger for Ukraine following these martial law moves is that, however well grounded the decisions are for reasons of its own security, they risk making the country resemble the Russian invader who cracks down on opposition and stifles critical voices. And the western nations that have so far been so solid in their support may start to ask themselves whether Ukraine is now treading a dangerous path.

Zelensky’s motives for his move are obvious. He fears – with considerable justification – that the banned parties, especially the ‘Platform for Life’ – which is the largest opposition party – form a Trojan Horse within the walls of Ukraine that undermine the country’s remarkable fighting spirit and will to resist the invader. This is scarcely surprising. The Platform’s leader, a 67-year-old oligarch named Viktor Medvedchuk, is a pal of Putin whom he has described as ‘a close personal friend’. So close, that the Russian leader is reputed to be the godfather of Medvedchuk’s daughter. In May last year, because of his pro-Russian stance, Medvedchuk was charged with treason and placed under house arrest. Within four days of the February invasion he vanished from his home and his current whereabouts are unknown.

Another opposition politician affected by the ban is Yevhen Murayev who heads the Nashi (‘Ours’) party and a TV station of the same name. Murayev was one of a small group of politicians named by Britain’s Foreign Office early in the conflict as the possible nucleus of a puppet pro-Russian government that Putin intended to install when he invaded – a claim that Murayev has strongly denied.

Ukraine is not the first democracy to have suspended democratic norms in time of war. In Britain during World War Two, those thought to be potential fifth columnists – ‘the enemy within’ – were given short shrift. Hundreds of German and Italians living here – many of them Jews or exiles who had fled from fascism – were interned on the Isle of Man after Winston Churchill gave the order to ‘collar the lot’ in 1940 when the country was threatened with imminent invasion.

Hundreds of actual fascists – including the Blackshirt leader Sir Oswald Mosley and his wife Diana – were imprisoned without trial in Holloway jail until the danger of invasion had passed. The Communist party’s Daily Worker newspaper was banned for undermining the war effort. In both World Wars the draconian ‘Defence of the Realm Act’ or DORA, made a wide range of normal political activity potentially criminal if it was thought to aid the enemy. Even more repressive moves were made in the U.S. after Pearl Harbor in December 1941 when thousands of Japanese Americans were arrested and locked up in internment camps for the rest of the war.

Nevertheless, in both countries normal political activity continued throughout the conflict. In Britain, by-elections returned opposition MPs and the government’s handling of the war was robustly criticised in the press and the House of Commons – leading, at the war’s most dangerous moment in May 1940, to the replacement of one PM, Neville Chamberlain, with Churchill. In the U.S. in 1944 the Democrat Franklin D. Roosevelt beat off a challenge from the Republican Thomas E. Dewey in a full presidential election.

So is the suppression of opposition by Zelensky a sign of strength – a confident government acting ruthlessly to crackdown on the enemy within? Or is it a confession of weakness, an admission that beneath the veneer of unity and resistance there are many Ukrainians prepared to compromise or even collude and collaborate with the invader who is devastating their country? Either way, it is not a good look for a man who has been seen as the heroic symbol of freedom against tyranny.
Add Comment