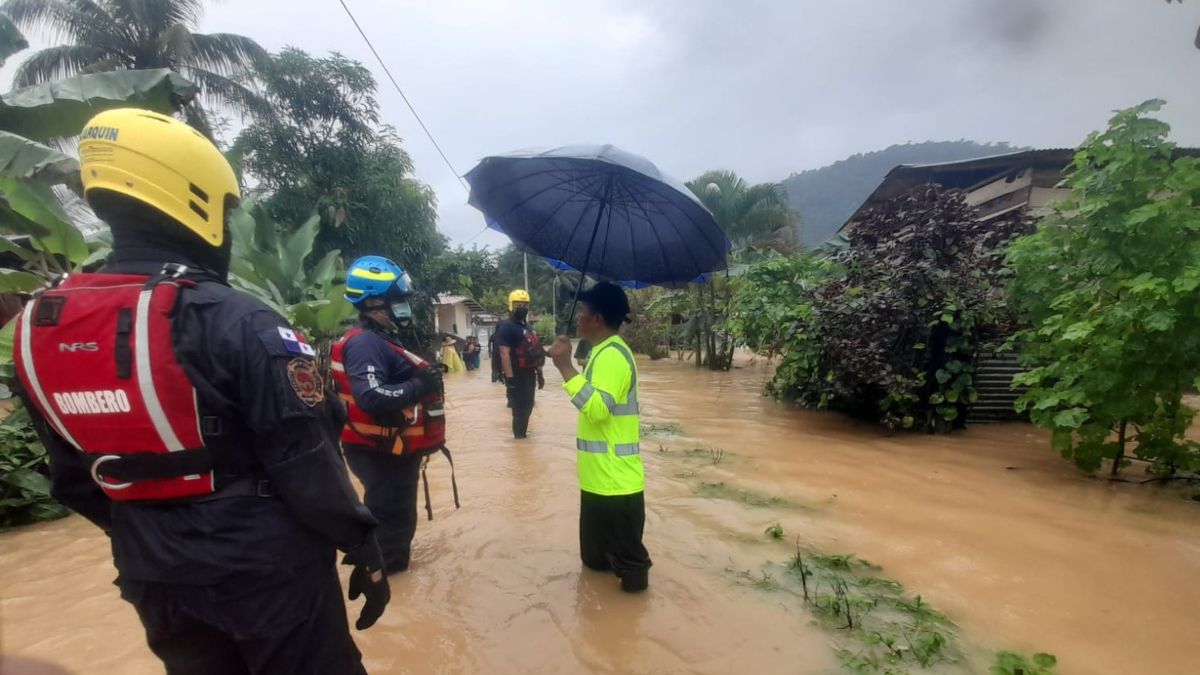 Due to the heavy rains registered in the last hours, the National Civil Protection System ( Sinaproc ) declared a yellow alert in the province of Bocas del Toro.

A yellow alert is declared when an adverse event becomes imminent and the first mobilization force is sent to the affected areas or sectors. In addition, the Emergency Operations Center (COE) is activated.

According to Sinaproc, the rain warning extends until Sunday, July 25 due to the presence of low pressure systems that are interacting with the Intertropical Convergence Zone (ICZ) and the passage of tropical waves over the Panamanian territory.

Earlier, Sinaproc declared a green alert in the provinces of Chiriquí, Veraguas, the Azuero peninsula, the Comarca Ngäbe-Buglé, and the downstream coast of the province of Colón.

The green alert is a warning for prevention and monitoring that is issued when there is the possibility of an event that puts the population at risk.

On July 24 and 25, an increase in the speed of the winds on the Pacific slope is expected, with amounts between 40 and 80 millimeters.

The authorities ask the population to be careful during these days with the levels of streams and rivers; in addition to flooded streets and saturation of the sewers.

Meanings of the alerts:

- Green alert is a warning of prevention that occurs when there is a threat that may affect the community, region or country.

- Yellow alert means that the level of risk increases and emergencies are imminent.

- Red alert The event is a reality and has had an impact on a specific community, region or country.