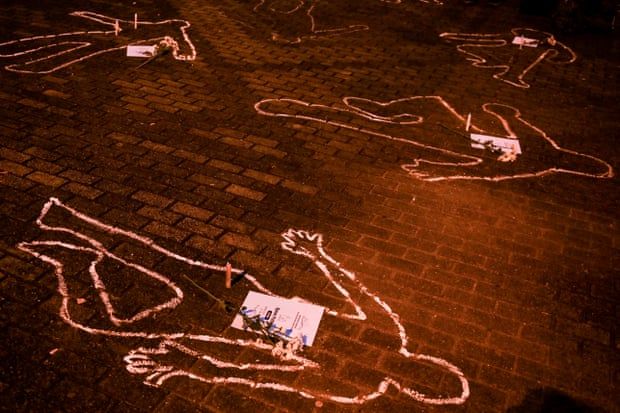 Region has two-thirds of world’s most dangerous cities, with Bogotá, Rio, Mexico City and San Salvador also named in study

When police found the body of Marcela Graciano, a 31-year-old Colombian DJ, last Thursday, the brutality of the crime shocked even them. Her body, found in a house in a suburb of Medellín – Colombia’s second city – revealed signs of torture and her hands had been tied behind her back.

“The body was in an advanced state of decomposition,” the local police chief, Col Rolfy Mauricio Jiménez, said. The Valle de Aburrá municipality has had 11 murders this year, authorities said.

Graciano’s brutal killing marks part of a wider surge of crime across Latin America and the Caribbean, with new research showing that nearly two-thirds of the world’s most dangerous cities for crime are in Latin America, according to the risk analysis firm Verisk Maplecroft. 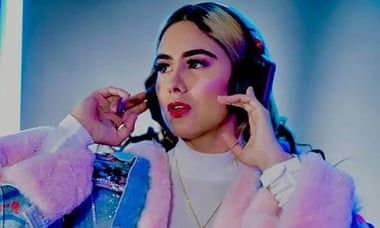 Marcela Graciano, a DJ who was murdered in a suburb of Medellín, Colombia’s second city

The study, which used data on crime (such as homicides, theft and property damage), terrorism, civil unrest and conflict, found that eight of the 12 cities that receive the worst possible score for crime are in Latin America. Kabul in Afghanistan and Mogadishu in Somalia are ranked as the world’s most dangerous places when all four security risks were taken into account.

Medellín was believed to have turned a corner after being associated with the violence of the 1980s and 90s, when Pablo Escobar’s feared Medellín cartel ruled swathes of the city and terrorised civilians and the police. But it recorded the highest possible risk score in Verisk Maplecroft’s analysis, alongside San Salvador in El Salvador and Chihuahua in north-west Mexico.

“Medellín is a nucleus of transnational crime networks and that is why it shows in this type of study,” said Pedro Piedrahíta Bustamante, a professor of political science at the University of Medellín, who added that weapons and people willing to use them were in ready supply. “That’s why, despite all the transformations of the last decades, negative indicators of crime persist in the city.”

Colombia’s capital, Bogotá, was flagged by Verisk Maplecroft as one of the top three riskiest for crime of the world’s 30 largest cities, alongside Rio de Janeiro in Brazil and Mexico City.

“I see this neighbourhood through different eyes now,” said Juana San Martín, who was recently robbed at knifepoint in Bogotá, outside her home. A friend who was with her at the time was beaten and knocked to the ground. “It leaves you scared. It brings into reality that all these stories you hear about in the news are happening.”

Cities in Venezuela, which has been racked by widespread crime and political instability, also placed highly, including Barquisimeto, Caracas, Maracaibo, Maracay and Valencia.

Also ranking high on the list is Port-au-Prince, the capital of Haiti, which has been embroiled in gang-related violence for years. The situation in the Caribbean country deteriorated further last year, when the president, Jovenel Moïse, was assassinated in his home in circumstances that remain murky, leaving a power vacuum that is still violently contested. 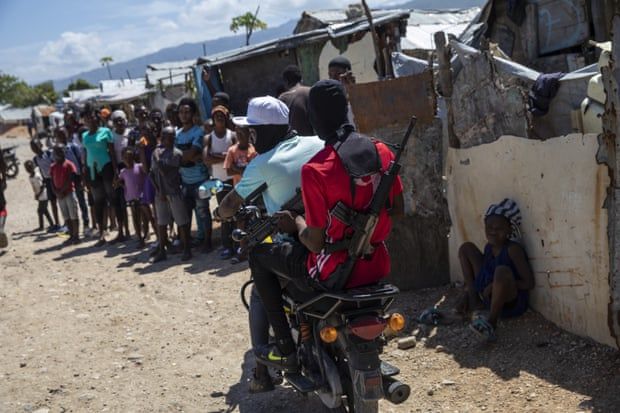 Armed gang members drive through a market in Haiti’s capital, Port-au-Prince, where there has been a power vacuum since the president was assassinated last year.

Amid a spate of kidnappings, robberies and turf wars, many people have fled their homes for makeshift shelters.

Nearly 150 people have been killed in recent weeks in gunfights between warring gangs in Haiti, while Médecins Sans Frontières (MSF) said earlier this month that it had treated more than 96 people with gunshot wounds in its medical facilities in Port-au-Prince since 24 April.

“You can get killed or kidnapped when you leave your house,” Coriolande Auguste, who fled the escalating violence, told the Guardian on a visit to a shelter in the Martissant neighbourhood in the Haitian capital last October. “Who wouldn’t want out of this?”