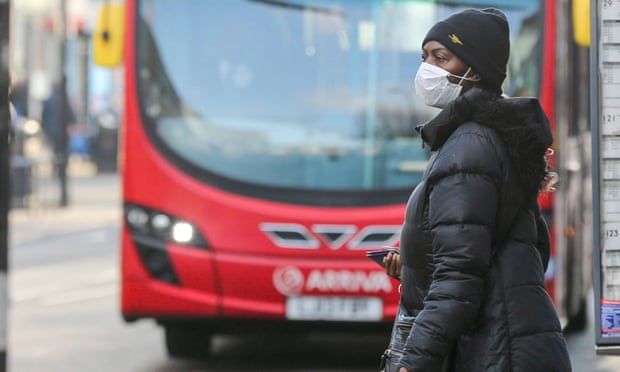 ‘I just don’t think you wake up on Tuesday and it’s finished,’ says former Sage adviser Sir Jeremy Farrar
Tensions in societies around the world over the current Covid situation are going to be very difficult to handle, one of Britain’s most senior scientific figures has warned.

Sir Jeremy Farrar, the director of the Wellcome Trust, who stepped down as a government scientific adviser in November last year, warned the idea of simply “exiting” a pandemic is not realistic.

“I just don’t think you wake up on Tuesday and it’s finished. It’s not going to happen like that,” he said in an online meeting of the Royal Society of Medicine.

“The transition from [the] acute phase of the pandemic to something new, not yet defined, it’s really difficult – bumpy, different around the world, different within a single country, with the degree of inequity that’s happened globally, but also nationally,” he said.

Farrar noted one problem is that while some people may argue the pandemic is now in the past, and the situation in the middle of the pandemic was exaggerated, others believe it’s far from over.

“And so the tensions, I think, within societies are going to be very difficult to handle,” he said.

Farrar added that while he has sympathy with the disruption of education and the health and economic impacts of Covid he is concerned about the speed at which some want to move on.

“My concern is that there will be too fast a shift to saying it’s all over and we will lose the humility of accepting that we’re only two years into a novel human pathogen, that is still a huge amount of uncertainty,” he said, adding it is also crucial to resolve the problem of vaccine inequality.

While Farrar said the most likely scenario is that there will be a transition to Omicron becoming endemic, as the variant is less severe than others, it is not the only possibility.

“My worry in the push to try and move on from this [is that] we ignore those other scenarios, which are less rosy but we should be absolutely prepared for,” he said.

Farrar added that while he agreed it is time to begin easing Covid restrictions in the UK, he is in favour of keeping some measures.

“I would be in favour of continuing for instance, mask wearing on public transport, in enclosed spaces, etc,” he said. “And I would be pushing ever harder on trying to encourage people to be vaccinated, get their boosting doses, and make sure that everybody has access to the vaccines from a UK perspective.”

Farrar also warned that he has deep concerns about the global Covid situation, warning that the pandemic has been made worse “by a catastrophic failure of global diplomacy”.

“The ongoing geopolitics of east /west but increasingly, understandably, north/south, because of vaccine inequity is going to lead to really troubling years ahead and will have ramifications beyond pandemics to our ability to come together to solve issues of inequality, of issues of climate change, of issues of drug resistance, of issues of migration and conflict,” he said.
#Vaccines  #vaccine  #Covid

mike 112 days ago
For two years this "pandemic" has been cultivated, which never existed.
Let us be grateful to our "Super Doctor" Bill Gates and his servants at the WHO.
View all comments (1)Add comment