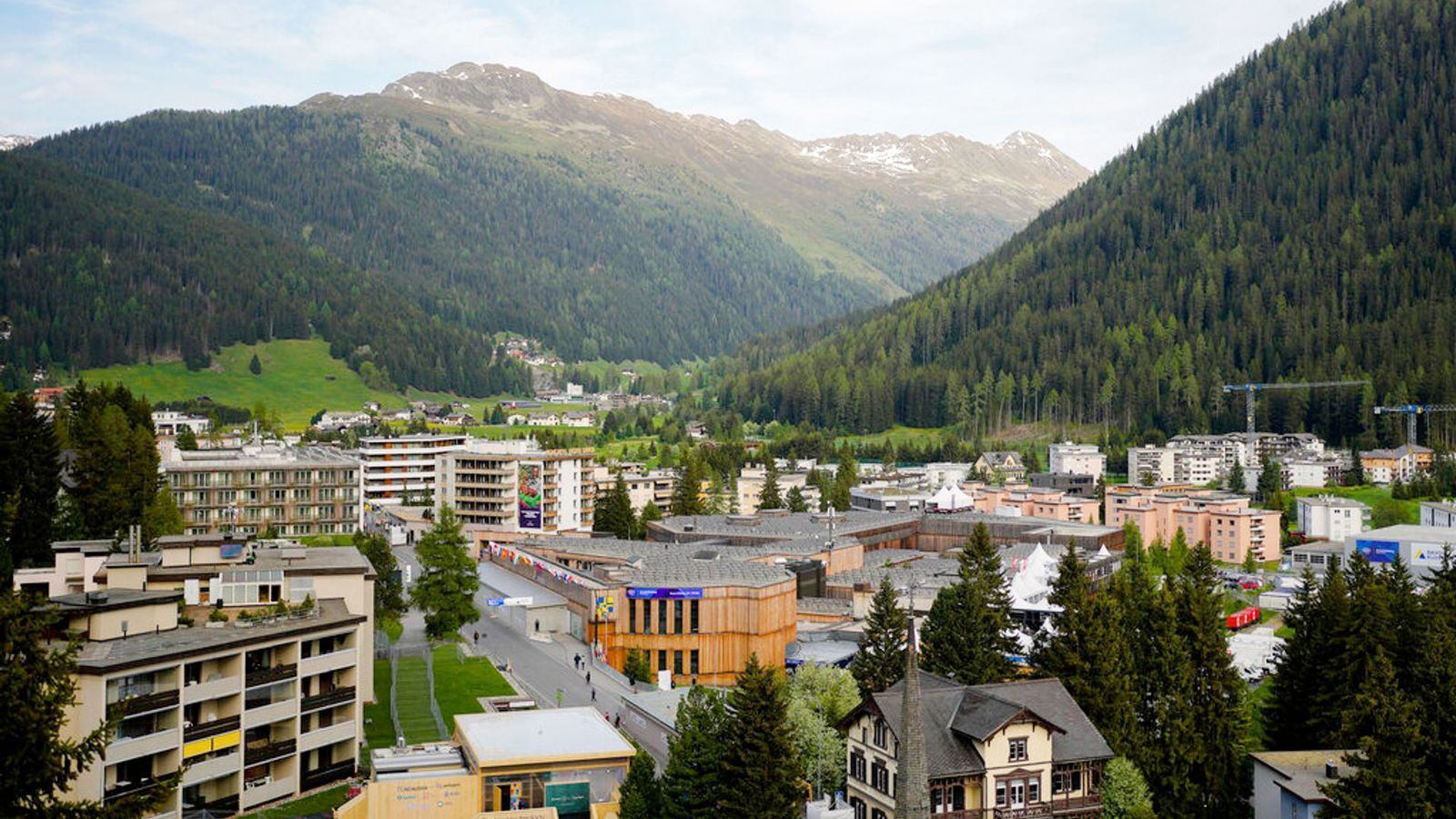 The invasion of Ukraine has shattered economic and security assumptions, and the self-assured bubble of the World Economic Forum is no exception, though its delegates are better placed to withstand, and shape, the consequences.

The headcount of political and business leaders was a little down at this first spring meeting and more Eurocentric, with a smaller US & Chinese presence. But if they still glided from seminar to reception to hotel in luxurious black saloon cars - largely electrified to reflect the times - the themes have been as unfamiliar as the weather.

For half a century this conference has been the cradle of globalisation, tirelessly promoting ever closer trade as the solution to the world's ills, but those comfortable certainties have been challenged.

Executives have found themselves repeatedly discussing food security and the humanitarian consequences of the Black Sea grain blockade, while politicians have had to grapple with the economic cost for their electorates of freezing out Russia.

"Food security, a subject we have never had to consider at Davos before, but it's been on every agenda in every meeting, and second has been security and defence," says Ilham Kadri, chief executive of Belgian chemical giant Solvay.

"And Davos used to be about globalisation, right? The reality is now we are talking about decoupling economies, between China and the US, and obviously Russia with the rest of Europe. There are still opportunities for our industry, but it has been very different."

If executives are operating in a more hostile environment, with inflation fuelled by energy prices exacerbated by the war, a large Ukrainian delegation has ensured that the human cost of the invasion has not been forgotten.

President Volodymyr Zelensky's address on the opening day was uncompromising, calling on business to isolate Russia entirely and politicians to sanction those that do not, and to immediately end the reliance on Moscow's fossil fuels.

Ukrainian ministers and MPs have made the point in person, stressing that every dollar spent on Russian energy is returned in bullets aimed at civilians. The Klitschko brothers have loomed large in every way, the embodiment of Ukraine's fighting spirit.

European leaders here have offered their solidarity but little progress on the supply of further heavy weaponry, or bringing forward the closing of oil and gas taps.

That's most pressing for Olaf Scholz who closed the meeting with a pledge to defeat Putin's "imperialism", striking for a German chancellor, but no end date for the era of cheap Russian gas on which its prosperity is built.

For EU leaders here, the answer to Putin's aggression is more Europe, not less. Taoiseach Micheal Martin was among those who said they would support Ukrainian membership, and there were calls to admit Albania and Montenegro.

"If we don't export European values, we will import Russian aggression," he said.

The starkest note came from Eduard Heger, Prime Minister of Slovakia. With 400,000 refugees and a border with Ukraine, the invasion is not an abstract economic issue. "If Ukraine fails, we are next," he said.

Dutch PM Mark Rutte, the longest-serving EU leader, called for the union to be more forceful, flexing its diplomatic and market muscle.

In language to curl Brexiteer toes, he said the EU should also present a more united foreign policy front, even if that meant Paris, Berlin, and Rome sacrificing some diplomatic sovereignty.

Had there been a senior British minister present, they would doubtless have explained that's precisely why we left, but the UK has been largely invisible.

From Brexit to Ukraine - leaders give their verdict on UK

"It's a good call for me because I can meet everyone I need here, I save 10 flights by coming," he told me, but the chancellor and business secretary were notable for their absence.

Joining the elite in the Alps may not have been a good look for Rishi Sunak as he prepared his cost-of-living package, but the UK was not unseen.

Partygate was likely to raise a smile, while irritation at the running sore of the Northern Ireland Protocol came close to the surface.

"This is the oven ready deal," said Irish deputy prime minister Leo Varadkar, who negotiated it with Boris Johnson.

"We'd be dismayed if the British government followed through and took unilateral action. We accept that there are some problems with the protocol that could be ironed out or improved, but that can only be done by negotiation, not through threats."

A minister from another northern capital was more direct: "If they break this deal, why should we trust them to sign a new one?"

But the UK's contribution to the war effort was acknowledged. "The UK's is probably number one in this," said Estonia's President Alar Karis.

The war meant a host of issues that would normally enjoy oxygen dropped down the agenda.

Pharmaceutical giant Pfizer made a major commitment to supply drugs to the 45 poorest nations on earth, a move that deserved more than a footnote.

Even climate change and the road to net-zero, still the defining challenge of the age, was discussed largely in the context of Russian aggression, though it has added urgency to the effort.

"We had already sounded the alarms when we saw how energy prices were impacting the production and cost of fertiliser, and the cost to produce food.

"On top of this, we have climate change. That's part of the equation as well. It makes farming more difficult, more unpredictable. And now the war accelerates everything. It's really the perfect storm." 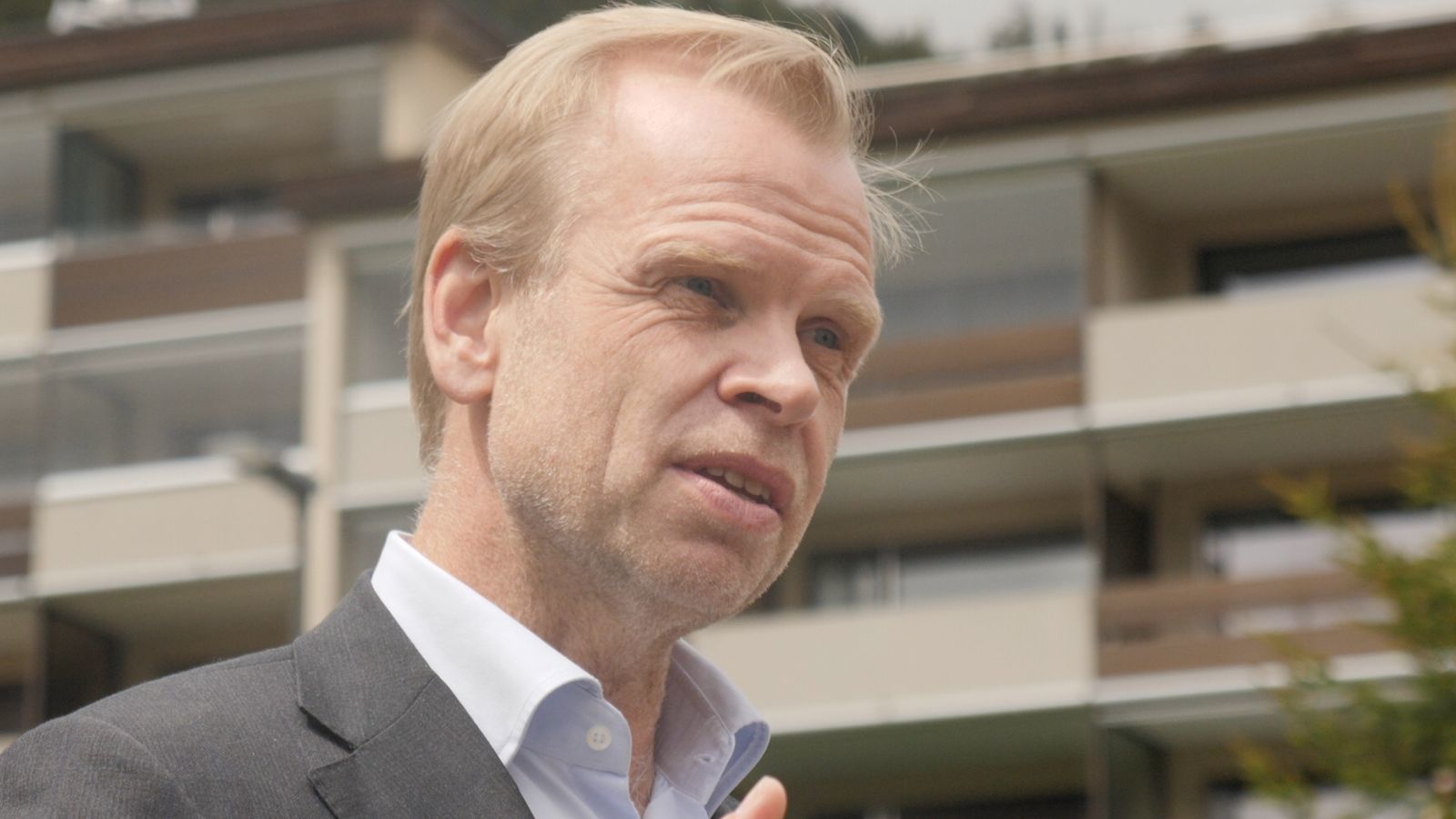 It has not been all gloom.

On the main promenade, a few doors down from a display of alleged Russian war crimes, Davos Medical Psychedelics was doing good business. So too Bitcoin Pizza (which presumably gets much larger, or disappears altogether, before it's delivered). Nearby, the Liquidity Lounge, hosted by various financiers, suggested there was still business to be done.

The circus will be back in just eight months in its usual January slot, in the familiar snow and sub-zero temperatures.

Everyone will hope the agenda has returned to more comfortable themes too, but no-one's betting on it.