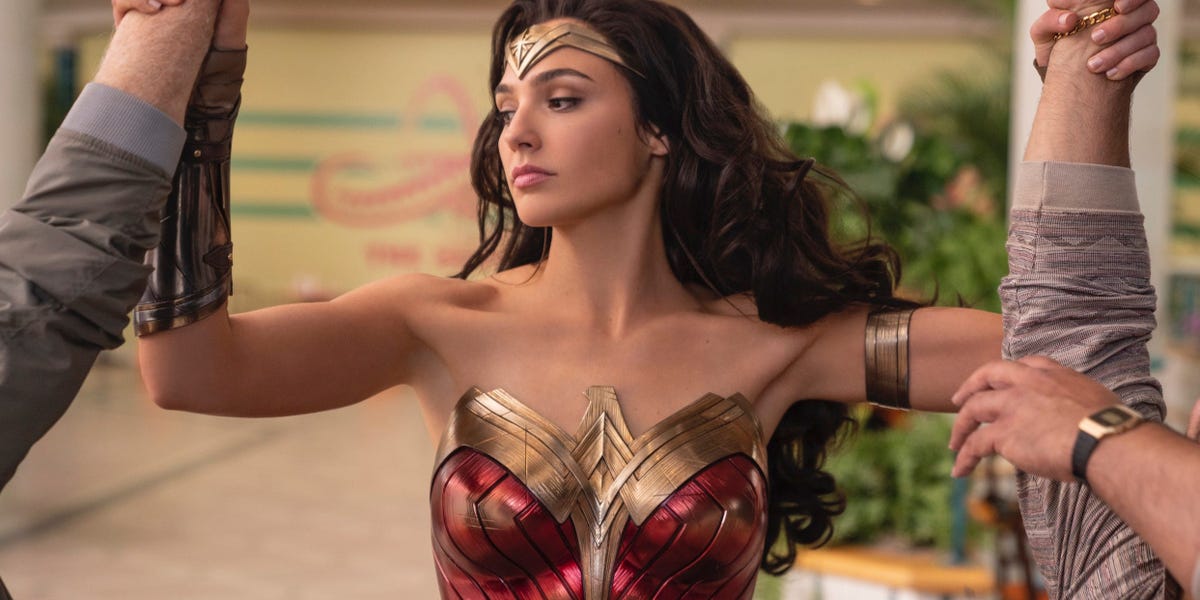 'Wonder Woman 1984' made over $16 million at the US box office over the weekend, the best opening during the pandemic

The "Wonder Woman" sequel debuted simultaneously on WarnerMedia's streaming service, HBO Max, and in theaters on Friday.
"Wonder Woman 1984" earned $16.7 million at the US box office over the weekend, the best opening weekend for a movie since the coronavirus pandemic began.

Its predecessor, 2017's "Wonder Woman," opened with $103 million in the US, showing just how much the pandemic has impacted the theatrical industry. The sequel has so far grossed $85 million globally. "Wonder Woman" ultimately grossed $822 million worldwide.

Only 35% of North American theaters are currently open, according to Comscore.

"Wonder Woman 1984" debuted simultaneously in theaters and on HBO Max in the US on Friday (it was released to some international markets earlier this month, where HBO Max is not available). The studio, Warner Bros., plans to release its entire 2021 theatrical slate this way, including other big-budget tentpoles like "The Suicide Squad" and "Dune."

The plan has sparked backlash from some Hollywood figures, including "Dune" director Denis Villeneuve, who wrote an oped for Variety on December 10 criticizing the decision, and Christopher Nolan, whose movie "Tenet" Warner Bros. released this year.

"Wonder Woman 1984" is available on HBO Max for 31 days, at which point it will leave the service for an exclusive theatrical run.

HBO Max said on Sunday that nearly half of its users who subscribe directly to the service watched the movie on the day it premiered, "along with millions of wholesale subscribers who have access to HBO Max via a cable, wireless, or other partner services." It didn't provide specific viewership numbers, though. Max had 12.6 million activated users as of December 8.

"Wonder Woman 1984" has received mixed reviews, with a 65% critic score on Rotten Tomatoes and a 72% audience score based on more than 1,500 user ratings.

The New York Times' Manohla Dargis wrote that the movie "never makes the case for why Wonder Woman is back in action beyond the obvious commercial imperatives." But Insider's Jason Guerrasio wrote that director Patty Jenkins "knows the power of big blockbusters and is using it to push out positivity and inspiration."
#Coronavirus
Add Comment