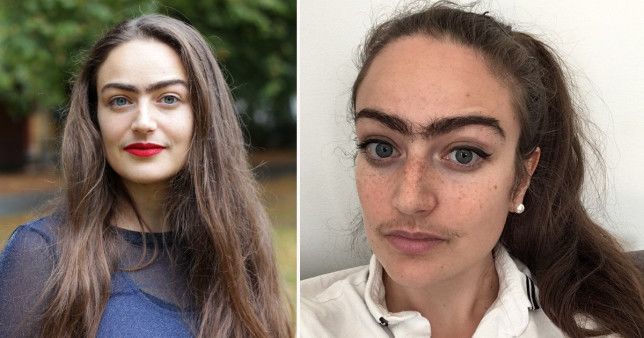 Eldina Jaganjac, 31, often receives cruel comments and stares from strangers because of her full moustache and monobrow – but she refuses to remove her facial hair.

The tutor, from Copenhagen, Denmark, has decided to embrace the hair that sprouts on her upper lip and between her eyes, because the reaction to both helps her to ‘weed out’ bad dates – and has made her embrace being different.

Eldina grew up in a small city where people were expected to stick to rigid beauty norms.

As she got older, she became frustrated at the expectation that women had to be hair-free.

So in March 2020, Eldina decided to put down the tweezers and razors and let her facial hair flourish.

‘Before I let my unibrow grow out, I did feel like there were extremely limited options to how women were supposed to look,’ said Eldina.

‘Compared to men, we are expected to spend much more time and money on our looks just to be deemed visually acceptable in society, especially when you are in public spaces.

‘If a man doesn’t shave and doesn’t pluck his eyebrows, no one notices or comments and it’s nothing out of the ordinary.

‘Just like many other women, I have learned to police myself. 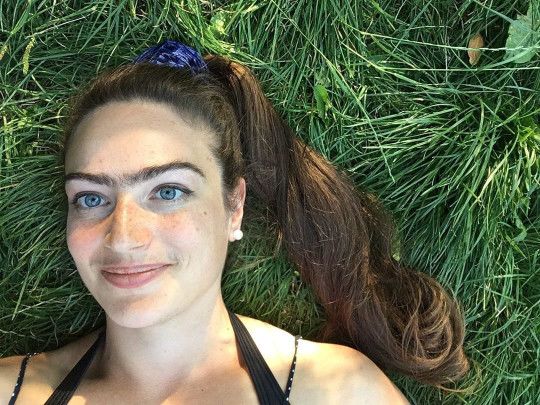 Growing up, the tutor felt pressure to pluck her eyebrows and remove her moustache

‘For instance, I used to not feel comfortable going outside unless my eyebrows were the accepted small size, and I wouldn’t go to the gym unless my legs were clean shaven.

‘Now, I’ve chosen to focus on the tasks and goals that I need to have done and less on how I appear while doing them and whether people like me or not, because I probably won’t ever see them again, and if I do, I still don’t care.’

Accepting her facial hair has upped Eldina’s confidence, and she’s not at all bothered by what other people think of her appearance.

That’s despite her sometimes receiving rude comments and stares from strangers.

‘I don’t care what people think,’ she said. ‘It’s a personal choice for everyone to make themselves, and I wish that people wouldn’t care no matter how a woman chooses to look.

‘I’ve had people come up to me on the street telling me it was cool, and a few yelling at me.

‘That was uncomfortable at first, but if some people have nothing to do other than yell at strangers, then so be it. I don’t want to waste my energy on someone who clearly has too much time on their hands. 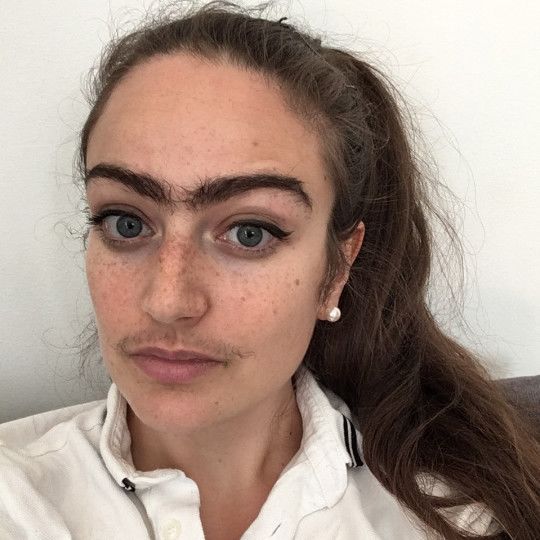 A year ago, she decided to make a change, and let her facial hair grow in

‘I’ve had some rude comments here and there, but very few were from grownups. Mostly it has been teenagers on social media telling me how to perform the art of personal grooming. Or just commenting “unibrow”.

‘I think it’s hard to understand gender roles when you are a teenager and you are growing up, so I think seeing a woman doing something that is considered less feminine confuses these teenagers and they let it out on me because they start to question their own norms and understanding of what it means to be a man.

‘I am sure that there are some negative comments behind my back, but I don’t really care about that.

‘I have noticed a few grown men stare at my unshaven legs and my eyebrows like I had a third head.’

Eldina now sees her unusual appearance as a benefit, as it allows her to quickly suss out whether someone is worth her time.

Her unibrow and moustache provide an easy barometer to see how judgmental a date is.

‘I get to weed out the more conservative people from the beginning,’ she explains. 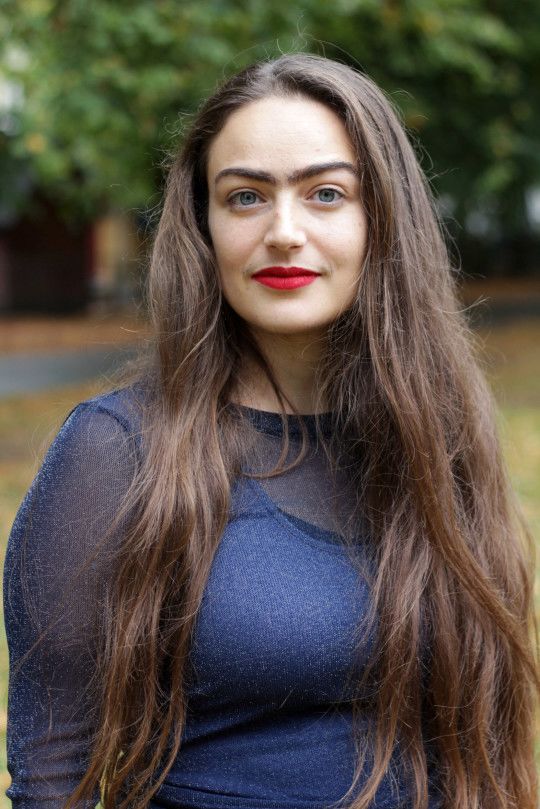 Feeling more confident than ever, Eldina wants to encourage people to stop worrying about what other people think and do what makes them happy.

‘I am more confident because I am not afraid to look different anymore and I’ve come to feel like I can make more untraditional choices in general,’ she said.

‘It’s also helped me to be more visually open and creative and have more courage.

‘I think you should do what you want to do. Of course, some jobs and places, you have to fit a description so it’s going to be a compromise. I would take it slowly and safely because you never know how people will react.

‘I want to convey the message that we are all different, and that’s okay. There’s no one right or wrong but every person, despite their gender, should have the right to do as they want with their appearance.

‘Do what is comfortable for you and the right friends will stick around.

‘I’m not pro or anti shaving/plucking, but I am a supporter of everyone’s right to choose for themselves.

‘I think we have to ask the question: Why do we, as a society, deem it so important that women remove hairs from their bodies? I think this should be so irrelevant as there are so many other and more important things to focus on.’

Oh ya 11 days ago
Well somewhere in the world she will find a guy that likes hairy girls. LOL
View all comments (1)Add comment