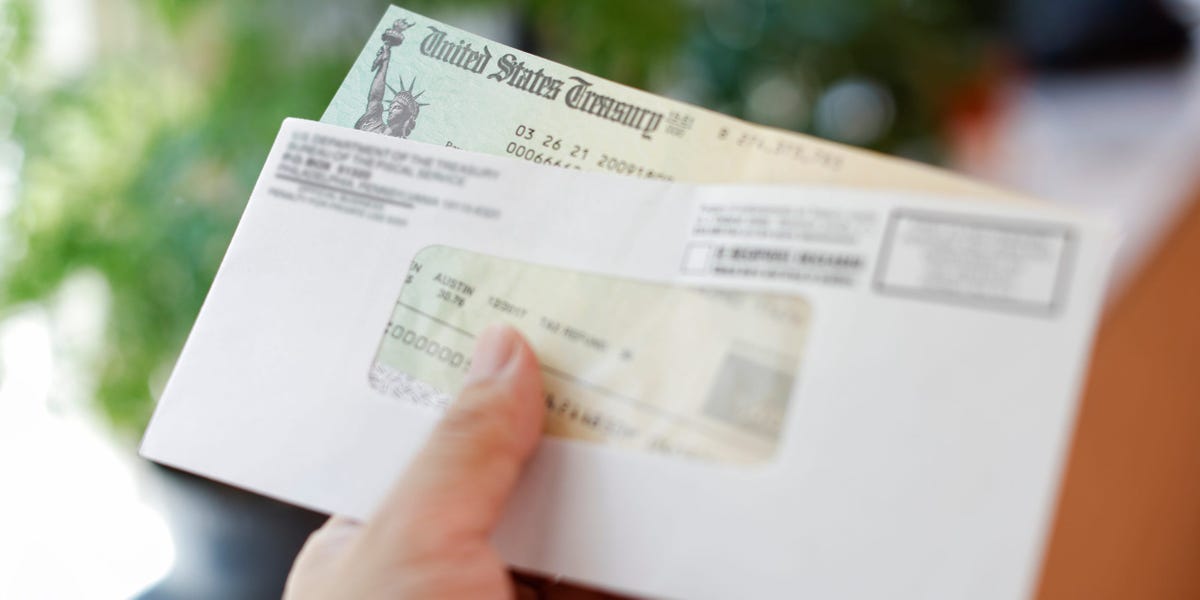 With federal stimulus payments unlikely, here are the 18 states giving money to residents in relief checks to combat inflation

With no public plans for federal stimulus checks, more than a dozen states instated their own relief programs in the form of direct payments.

The state joins a number of others that are giving residents varying amounts of money in the form of stimulus checks. It's been over a year since the federal government last issued stimulus checks to Americans amid the COVID-19 pandemic.

As of July 2021, the Biden administration doesn't appear to have any plans in place regarding any future payments, prompting states to take initiative and set up stimulus relief programs themselves.

Here are the states that have instated their own stimulus check programs:

More than half of the state's residents will receive direct payments of up to $1,050, based on a three-tiered eligibility system, and tax filers with at least one dependent will also receive an additional amount of $350, $250, or $200 respectively based on their income.

Colorado Gov. Jared Polis announced in late June that the state would send a cashback rebate of $750 for single tax filers and $1,500 for joint filers.

The governor urged residents to file their taxes by June 30 to receive the direct payment, or file on extension by October 17, 2022, to receive the rebate in January of next year.

In April, the state created its relief rebate program, sending a one-time direct payment of $300 per adult — or $600 for joint tax filers — in Delaware. Payments were issued in May of this year and will be made throughout the summer to residents who filed 2021 tax returns, per a government notice.

Florida is issuing a one-time direct payment to assist families impacted by inflation, sending $450 per child to eligible recipients including foster parents, relative and non-relative caregivers, and families receiving funds from the Florida Temporary Assistance for Needy Families program or Guardianship Assistance Program.

Florida's Department of Children and Families said they expect about 59,000 families to receive payments.

In May, Georgia's Department of Revenue announced it would begin issuing one-time tax refunds to residents, amounting to $250 for single filers, $500 for joint filers, and $375 for Head of Household filers.

The state's Department of Taxation said it will begin issuing the refunds in the last week of August.

Earlier this year, Gov. Brad Little approved a tax rebate for full-year residents. Residents will receive either $75 per taxpayer and each dependent or 12% of their income tax amount — whichever is greater.

Gov. Eric Holcomb announced last December that residents will get a $125 tax refund (and $250 for joint filers) after filing their 2021 taxes. Taxpayers must have filed their 2021 tax return by April 18, 2022 to be eligible, and payments started in May and are expected to continue through the summer.

Last month, Holcomb announced plans to distribute a second round of relief checks from the government budget surplus, with payments of about $225, but the plan has yet to be approved by state lawmakers.

The state issued a second round of stimulus payments of $500 for more than 300,000 low-income essential workers, following its first set of payments in February.

Eligible residents include workers who made at least $13,500 and seen their total income at or below 300% of the federal poverty level.

Earlier this month, state lawmakers proposed another set of one-time direct payments of $250 for residents earning at least $38,000 and less than $100,000.

Last fall, Gov. Phil Murphy announced nearly 1 million families would receive a refund check of up to $500 as part of its Middle Class Tax Rebate program. According to a press release, the state government will begin sending checks in early July and will take about six weeks for all checks to be processed.

New Mexico Gov. Michelle Lujan Grisham signed into law in early March approving multiple payments for residents in the state. Depending on income, an eligible single taxpayer may receive a rebate payment of $250 for single filers making under $75,000 and $500 for joint filers making under $150,000, which will be issued in July.

A second refundable income tax rebate of $500 for single filers and $1,000 for joint filers, heads of households, and surviving spouses, will also be sent automatically to taxpayers. The second rebate will be sent in two payments — one in June and one in August.

About 2.5 million New York homeowners will receive direct property tax rebate credit for 2022. The state sent checks earlier this year, with most payments being sent in June.

More than 230,000 low-income residents in Oregon will receive a $600 one-time payment, the Oregon Department of Revenue announced, funded by the federal pandemic aid provided to states last year. According to a press release, payments were distributed starting in late June.

Like New York, Pennsylvania state officials set up their own property tax and rent rebate program, allowing eligible recipients up to $650 depending on their income.

According to a release, Pennsylvania homeowners will receive a payment of:

Renters in the state will receive:

The state also has pending legislation from earlier this year that would give households with an income of $80,000 and under a one-time payment of $2,000, as proposed by state Gov. Tom Wolf. The plan has since been stalled after facing pushback from Republican legislators in the state.

South Carolina lawmakers passed legislation approving a $1 billion rebate and income tax rate cuts to aid residents in the state. Residents who paid state income taxes will receive the rebate — about 56% of filers — ranging from $1 to $800, KFMB-TV reported.

Virginia lawmakers approved a one-time $250 tax rebate to single tax filers — $500 to joint taxpayers — in June, which could likely be issued in late September, according to the Virginia Department of Taxation. Residents can expect to receive their payment by the end of October.