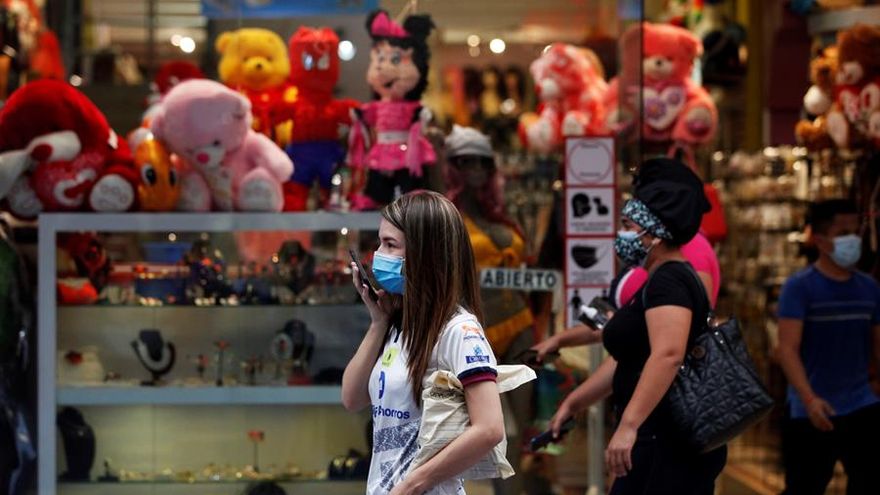 With cautious optimism, restaurants and stores reopen in Panama

Restaurants and retail businesses began to receive customers on Monday and national aviation was reactivated within the framework of the schedule towards a "new normal" in Panama, which is experiencing a severe economic crisis derived from the pandemic that will slow the reactivation of this country 4.2 million inhabitants.
On March 16, a week after the first case of COVID-19 was reported , the Government closed non-essential activities as a measure to stop the spread of the disease, which so far leaves 110,555 confirmed infections and 2,340 deaths in Panama, one of the countries in the region most affected by the new coronavirus.

The paralysis led to the suspension of more than 260,000 contracts, of which some 62,000 have been reactivated within the framework of the gradual reopening, according to official data, while the fall in gross domestic product ( GDP ) for this year is calculated between 9% and 13%, according to the Government and local analysts, respectively.

Representatives of the restaurant and shopping center sectors told Efe that between 70% and 60% of these businesses are expected to open their doors from this Monday, respectively, while the rest will not do so because they are negotiating rents, adapting the locals or has not gotten funding.

"We must welcome the reopening after more than six months after the pandemic began, but we must be aware that many buyers cannot be expected. The Panamanian population has no money because there is unemployment that by the end of this year it will be around 25%, "economist and university professor Rolando Gordon told Efe.

The restaurant sector is aware of this reality, where 25% of these businesses, about 1,500 throughout the country, have already gone bankrupt, the president of the Association of Restaurants and Related Products of Panama ( ARAP ), told Efe.

Starting this Monday, the restaurants will open their doors with reduced staff, which will be adapted as the situation evolves, knowing that "there is not much circulation in the street and that there is some fear in a part of the population to go out for fear of contagion."

For about three months, retail businesses have been selling with home delivery and at the doors of the premises, insufficient modalities to maintain the business according to their owners.

"The long-awaited day for the trade arrived, we had to start the wheel," the president of the Panamanian Association of Shopping Centers (Apadecom), Nadkyi Duque, told Efe, who "have been preparing for months" to apply the measures health prevention dictated by the authorities.

During a tour of the Albrook shopping center, the largest in the country, Efe noted the presence of some customers in the open stores, as well as the biosecurity measures: taking the temperature at the entrance to the mall, mandatory use of the mask , alcohol gel dispensers, traffic controls in the corridors and signs to keep your distance.

The Minister of Commerce and Industry, Ramón Martínez, recalled that the retail trade represents 20% of GDP and that the sector employs about 100,000 people.

"We are very happy with this opening, but we have to understand that we are in the middle of a pandemic. We cannot relax, we must continue to do our part (following all biosafety measures) to continue advancing in this economic reactivation," said Martínez.
#COVID-19  #Covid  #Coronavirus
Add Comment