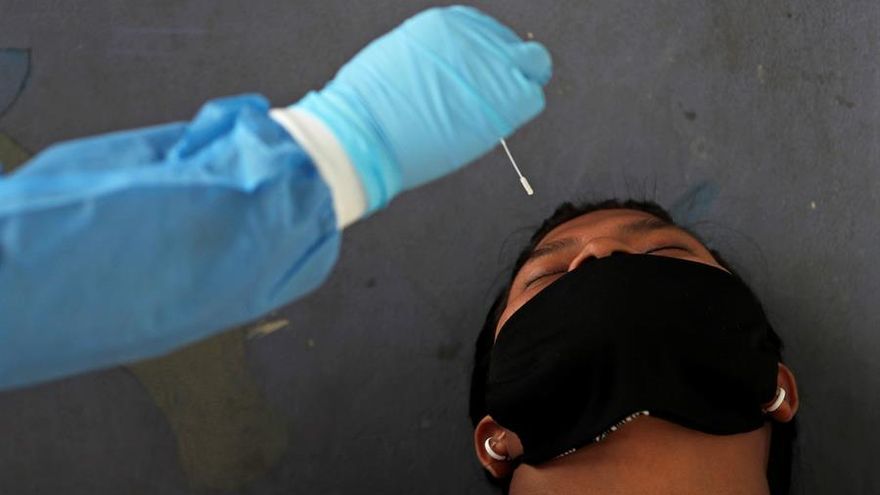 With a total of 683 new coronavirus infections, Panama has reached a total of 116,602 confirmed cases as of this Tuesday, October 6.

According to the epidemiological report, of the active patients, 19,980 are in home isolation and another 381 are confined in hotels; while another 851 are hospitalized (735 in ward and 116 in intensive care).

There are a total of 21,212 clinically recovered patients.

Minsa indicated that in the last hours 5,925 tests were carried out, for a percentage of positivity of 11.%.

Beverly 195 days ago
Panatimes Team, your "Note" on Covid reporting caveats is much appreciated. If only the Panamanian rags --La Prensa, La Estrella, Panamá América, El Siglo, Telemetro, TVN-2, Metrolibre, etc.-- came clean and told the truth about the faulty PCR tests, and how deaths are counted (dying with, and not from, Covid) to make case numbers appear bloated. They all seem to be towing the line unanimously. I've never seen them get behind ANY issue ever since they represent different factions fighting for various pieces of the Panamanian pie. But here they are somehow united behind this "scurge." This Covid scam has unmasked them and is showing there is no free press whatsoever in Panama.
Anyway, Panatimes, your efforts in steering the conversation away from the ongoing propaganda are much appreciated. You make a difference!

An international body of lawyers backed by global scientists and doctors is initiating Global Class Action Lawsuit procedures for Global Covid19 Crimes Again Humanity on behalf of all global victims! This is happening sooner than I originally thought it would. I have been writing about the crimes happening for over 6 months now and calling them out as crimes against humanity now thousands of the brightest minds in the world are joining forces to convict and punish these crimes against humanity and the continued efforts to continue the deadly fraud.

Listen to Dr. Reiner Fuellmich a USA & German Bar Lawyer explain what is going on globally against the criminals involved in this. This is great news for humanity against these very dangerous crimes happening and continuing against humans across the entire planet. He’ll detail information that has documents in detail the exact crimes happening. Anybody involved in these crimes better get their act together fast as there is a global witch hunt coming for anybody involved in the global crimes against humanity.

https://youtu.be/kr04gHbP5MQ Point by Point Dr. Reiner Fuellmich an attorney in both the USA and Germany discusses the Global Crimes Against Humanity and lays out the case before you!!!

LEARN THE TRUTH OF THE CRIMES & SPREAD THIS TRUTH EXPOSED IN THIS VIDEO OF THE CASE BEING FILED AGAINST ALL THE GLOBAL CRIMINALS ON BEHALF OF GLOBAL VICTIMS THAT LOST THEIR LIVES AND WEALTH. THIS IS THE CRIME OF THE CENTURY AND ALL THOSE INVOLVED SHALL BE SEVERELY PUNISHED!