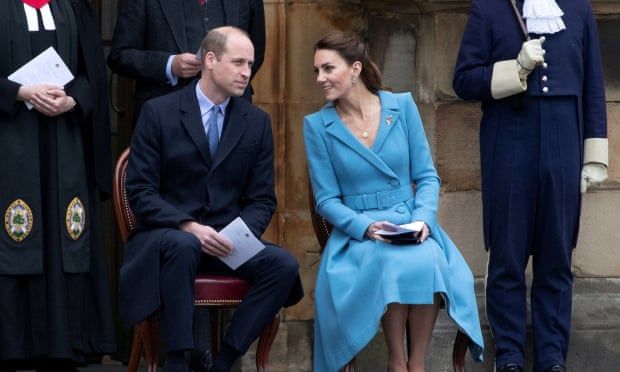 Opposition to the royal excursion had arisen from a dispute between residents of Toledo district and Flora and Fauna International (FFI), a conservation charity Prince William is a patron of.

He and Kate were expected to visit the Akte‘il Ha cacao farm in Indian Creek on the first full day of their charm offensive in the region, but their office cancelled the engagement on Friday.

It comes as they undertake a tour of Belize, Jamaica and the Bahamas which is seen as an attempt to drum up support for the monarchy and persuade other nations not to follow Barbados by choosing to become a republic.

The Belize landing site of William and Kate’s helicopter – a local football pitch – caused further issues with residents, who claim they had not been consulted about it.

The local broadcaster Channel 7 described the tensions between the citizens and the state as about the “meaning of consent in the context of communal land rights, rights to lands that were expunged in the colonial period by the British”.

The chair of Indian Creek village, Sebastian Shol, told the Daily Mail: “We don’t want them to land on our land, that’s the message that we want to send.

“They could land anywhere, but not on our land.”

A Kensington Palace spokesperson said: “We can confirm that due to sensitive issues involving the community in Indian Creek, the visit has been moved to a different location. Further details will be provided in due course.”

The Belize government said in a statement: “Indian Creek was one of several sites being considered. Due to issues in the village, the government of Belize activated its contingency planning and another venue has been selected to showcase Maya family entrepreneurship in the cacao industry.”

In a statement, FFI said it had purchased land at the nearby Boden Creek from private owners in December 2021, and that it would conserve and protect the area’s wildlife while supporting the livelihoods and traditional rights of local people.

Without directly addressing the dispute, FFI said it bought the land to benefit the area’s ecological integrity, resident communities and Belize as a whole, and pledged to maintain “open and continuous dialogue” with the local community.

The couple are scheduled to land in Belize on Saturday afternoon in Voyager, the ministerial jet. The country’s governor general, Froyla Tzalam, will welcome the couple – along with their entourage of 15, including a hairdresser, private secretaries and press team, before they head to Belize City to meet the prime minister, Johnny Briceño.

Windrush campaigners and Caribbean experts have criticised the tour, saying the UK should be actively helping nations to cut ties with the monarchy rather than convincing them to stay.

“Britain still has key legal and economic ties, which makes it difficult for a country like Jamaica to be truly independent,” the author and Windrush campaigner Patrick Vernon said.

“This year is an opportunity for people to reflect: do we want to be a republic, and what does that mean? If Jamaica decided it did, there would be a domino effect on the rest of the English-speaking Caribbean.”
#Prince William
Add Comment