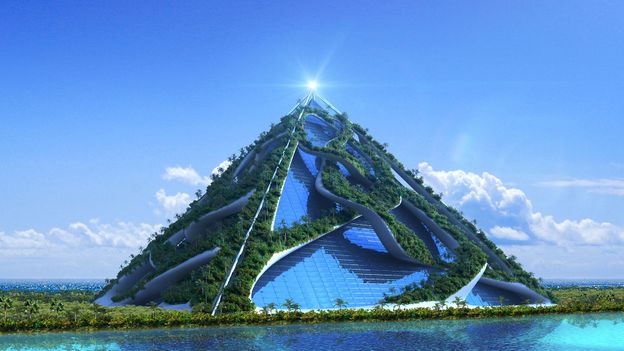 Will we ever… live in city-sized buildings?

The cities of science fiction are frequently portrayed as all-encompassing and self-contained structures, but how feasible is it to build a colossal city in a building?

Enclosed cities have become a narrative shorthand for futuristic settlements in science fiction. They are self-contained habitats, incorporating all essential infrastructure, including energy generation, food production, waste management and water.

The concept of an arcology – a portmanteau term combining architecture and ecology – was proposed by the architect Paolo Soleri in 1969, as he sought to combine construction with ecological philosophies. A year later, Soleri started work on Arcosanti, an experimental town in America, which demonstrated his concepts.

Soleri's concepts inspired science fiction with a vision of futuristic cities: monolithic habitats where the population live and work without ever leaving the building. Cinematic examples include the massive high-rise buildings in Dredd (based on the comic book character Judge Dredd) and Skyscraper, although little detail is given on how they operate.

Science fiction, in turn, may have inspired some real-world variants. Saudi Arabia's proposed The Line is pitched as a massive smart city which could house nine million people within a single 200m-wide (660ft) building, stretching 170km (105 miles) and 500m (1,650ft) high. The Line would be powered using solar energy and wind turbines, but would not be entirely self-sufficient, as food and other supplies would still be needed for the residents, and would have to be provided from external sources.

Some structures similar to arcologies already exist. For example, Antarctic research bases are relatively self-sufficient communities, mostly due to their remoteness. The surrounding environmental protections also mean that they need to be self-contained. The McMurdo Station provides housing for roughly 3,000 researchers and support staff. However, the station still requires significant supplies of food and fuel each year.

Other structures that are designed to be as self-contained and self-sufficient as possible include aircraft carriers, nuclear submarines and oil rigs. These have all of the living and work areas needed for the crew, albeit for short-term use. An aircraft carrier needs to be resupplied every few weeks, whilst a nuclear submarine can remain underwater for up to four months. However, neither of these are particularly pleasant places to live. Submarines in particular are cramped and smelly, sleeping quarters may be shared and the crew are prescribed vitamin D supplements due to lack of daylight. 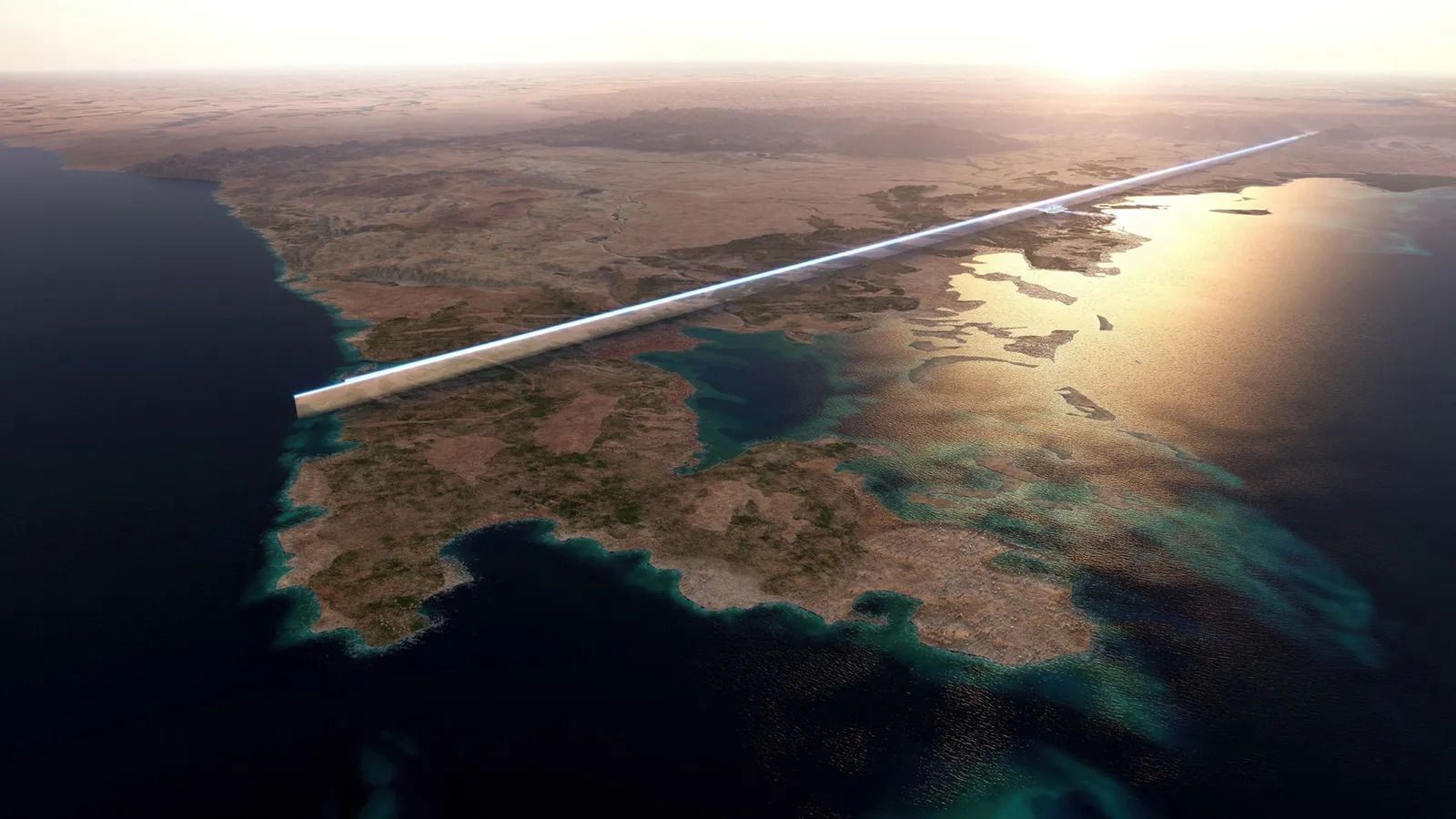 But could we actually build an arcology? The size of such a structure would require massive foundations in order to support its weight. "You can build almost anything within reason," says structural engineer Monika Anszperger of BSP Consulting. "The loadings would be massive, but nothing is unachievable. It will just cost more to build the foundations for it."

The greater challenge caused by a building's height is the effect of wind. Wind loading is of little concern for a typical house; but colossal towers, such as the Burj Khalifa in Dubai, need to consider the flow of wind and the resulting vortices. A vortex is the effect caused by wind hitting the surface of a building, creating an area of low pressure on the opposite side, then swirling around to fill it. It is this vortex action that causes tall buildings to sway during high winds.

The effects of swaying can range from drinks rippling to the structure collapsing. The Tacoma Narrows Bridge in Washington collapsed in 1940 due to strong winds inducing increasingly high frequency oscillations (rapid movements) on the bridge, to the point that the bridge tore itself to pieces. The effects of vortices can be mitigated through using a tuned mass damper (a device to reduce vibrations) to lessen the movement, as well as designing the structure to disrupt the wind flow.

Therefore, rather than building an arcology as a shear-walled structure, as presented in Dredd, it is more likely that it would be built to disrupt windflow, such as by employing a stepped construction, like ancient MesoAmerican structures. 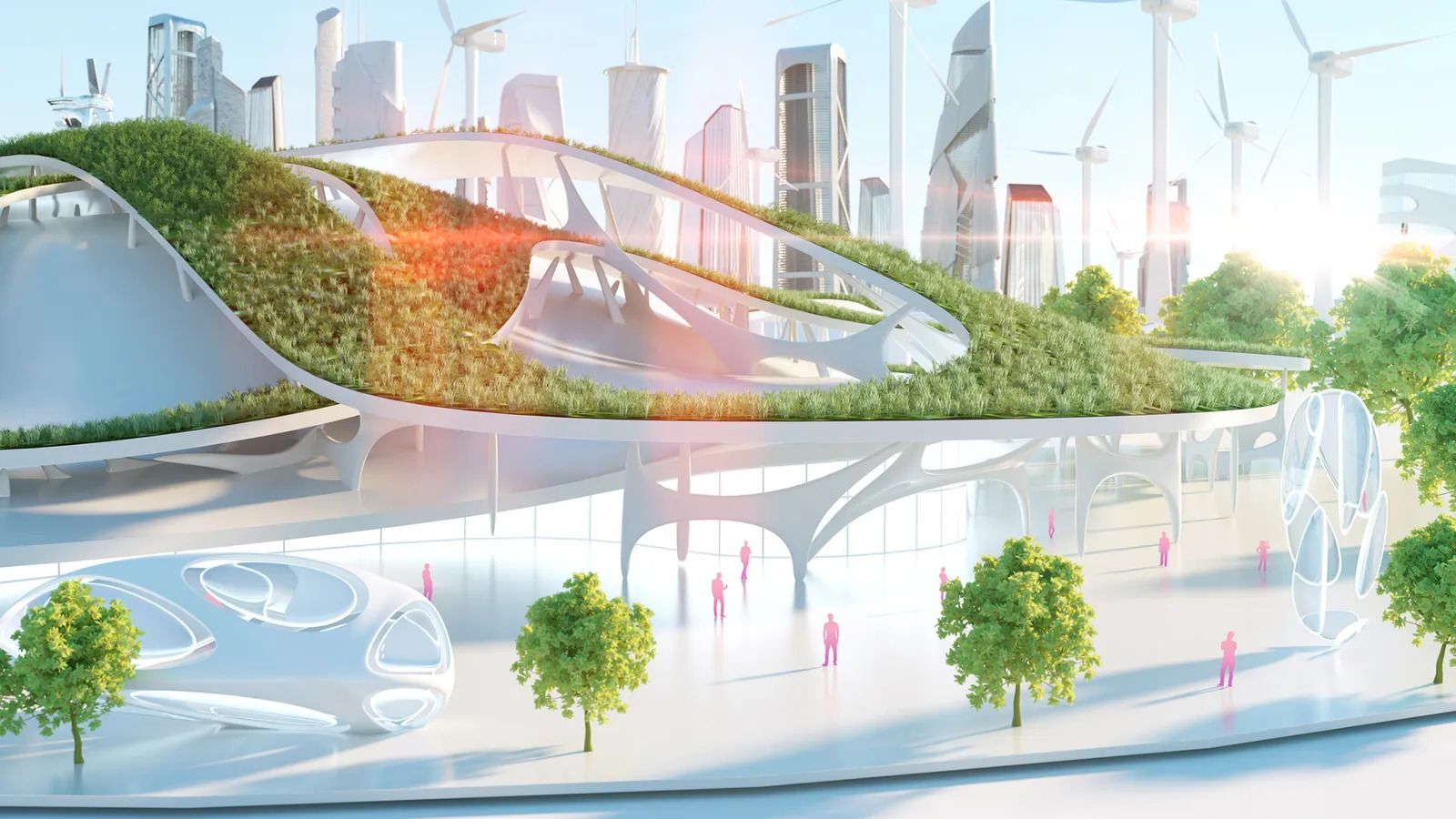 Another key challenge is energy generation. Renewable energy technologies, like solar panels and wind turbines, could be easily mounted on the exterior of an arcology, but are unlikely to provide a complete power solution on their own. As they would only be effective at certain times, back-up power generation and energy storage systems will be needed for when there is a shortfall.

Nuclear reactors are a possible alternative energy generation solution. Small modular reactors (SMRs), miniaturised factory-built versions of advanced nuclear reactors, are compact and efficient energy sources. SMRs claim some benefits over large reactors, in terms of enhanced safety and prevention of proliferation of nuclear materials. However, as with all fission reactors, the processing and storage of nuclear waste is a challenge. Alternatively, fusion reactors would be safer and provide cleaner forms of energy, however current designs are neither compact (one, Iter, is expected to weigh 23,000 tons) nor financially viable, as none have yet produced more energy than they use.

Food production also needs to be considered. Conventional farming would be impractical within a building. Vertical hydroponic farms could be used, which would also provide a natural form of air recycling. However, the necessary lighting would increase energy demand and space constraints could make it difficult to produce sufficient food.

Not everyone sees a future for high-rise buildings

The arcology portrayed in Paolo Bacigalupi's novel Water Knife used a series of filtration ponds to recycle water, which is plausible. However, losses are inevitable in any recycling system. The International Space Station (ISS) recycles approximately 3.6 gallons (17.3 litres) of water every day, including urine and perspiration, but still requires regular supplies of fresh water every few months.

Not everyone sees a future for high-rise buildings. In 2021, China banned new buildings over 500m (1,650ft) tall and imposed severe restrictions on buildings over 250m (825ft).

Nonetheless, the Earth's growing population needs to be accommodated. Continually expanding cities horizontally, through building on new land, is not sustainable indefinitely. This bolsters the argument for growing upwards, creating vertical cities. "Cities are expanding massively, going from one to 10 million," says Antony Wood, director of Tall Buildings and Vertical Urbanism at the Illinois Institute of Technology and president of the Council on Tall Buildings and Urban Habitat. "They can't go horizontal, because it's unsustainable, for land consumption and the energy taken to build and operate the horizontal city. It's going to go vertical." 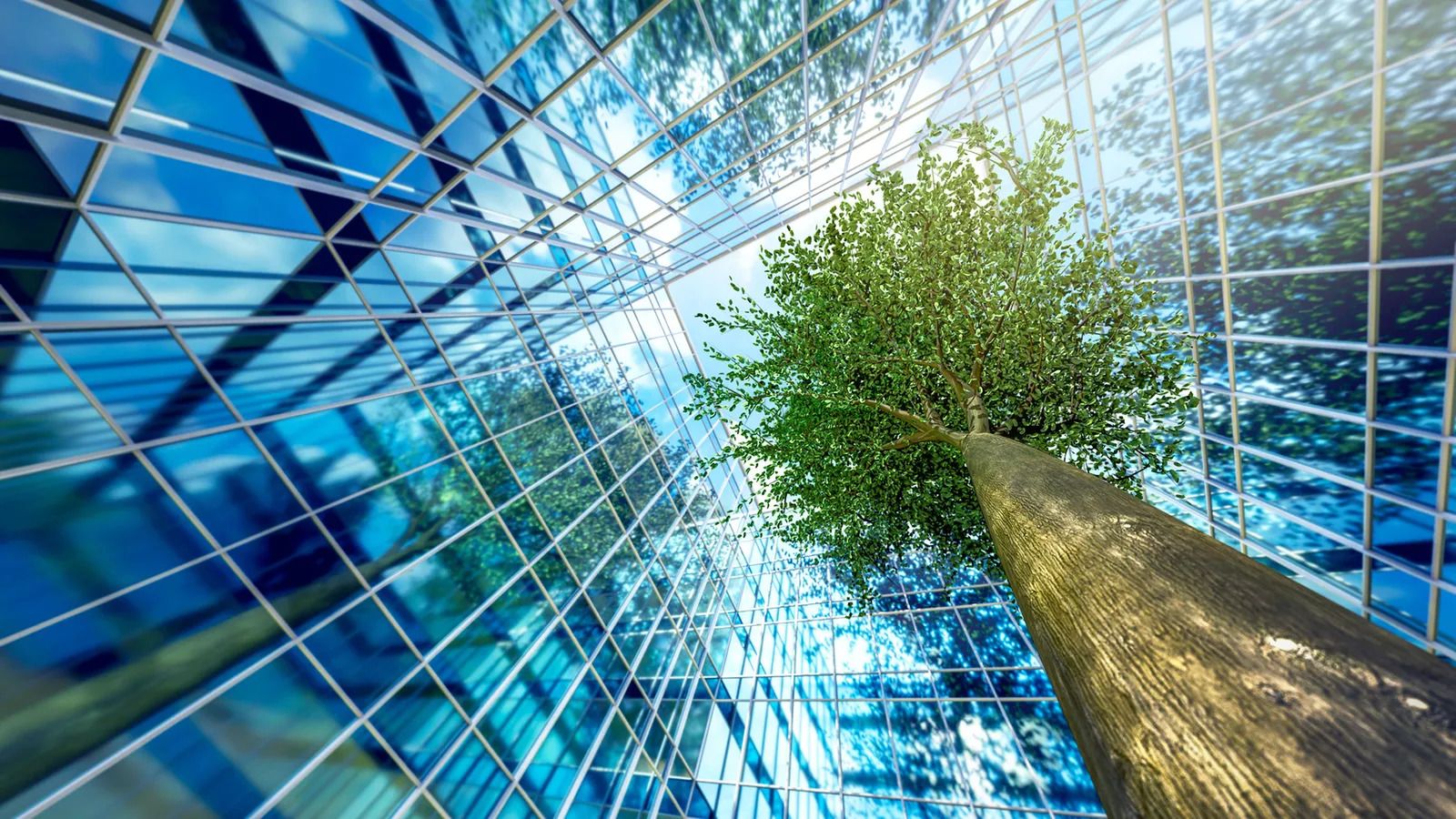 Will access to nature and light lead to a class divide within these futuristic settlements?

Instead of independent tower blocks, buildings could become interconnected with land bridges, creating green spaces between them. However, building ever upwards with a network of land bridges risks putting the lower levels into shadow, making the higher levels ever more desirable, thus leading to a structured hierarchal system.

"I do see cities expanding vertically near areas of transit and I definitely see them expanding horizontally as well," says Smith.

As the effects of climate change become ever more apparent, the materials cities are built from could change. Carbon emissions from the cement industry outweigh those from the aviation sector. One alternative construction material could be mass timber: an engineered product created from layered panels of wood that are bound together. "The amount of energy to produce mass timber is a fraction of what it would be to produce the same materials in steel or concrete," says Wood. "While it's producing itself, it's sequestering carbon out of the atmosphere."

Although building an arcology is theoretically possible, at least from a structural perspective, it would require inventive engineering to ensure the necessary energy generation, food production and waste reclamation systems are sustainable. Critics say it is difficult to see how arcologies could be made economically viable in the near future. There is also the argument that permanently living within an enclosed area would not be pleasant, although it is comforting to know it is possible, should an apocalyptic event make the outside world unhabitable.

"I would never say something cannot be built," concludes Anszperger. "It can be built, but there needs to be a vision and a need for it."