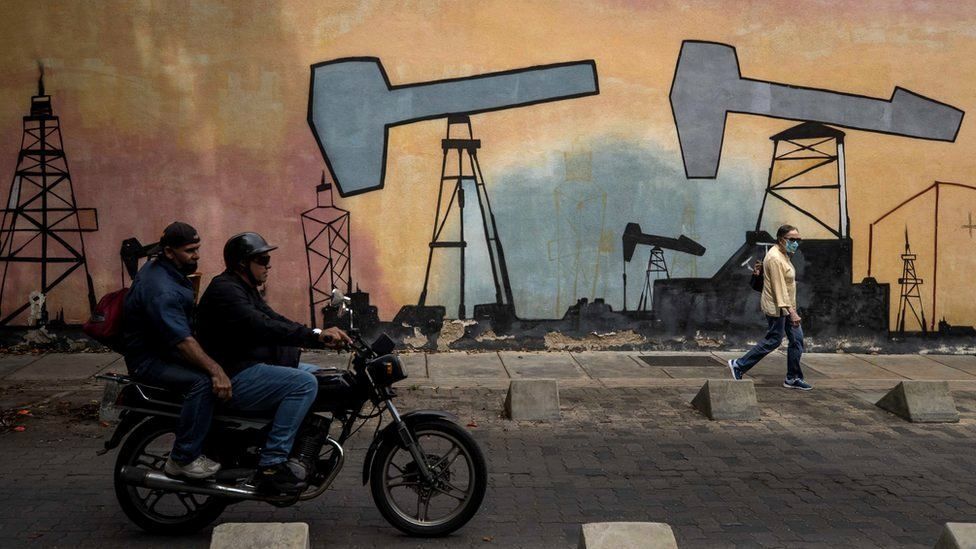 The US and Venezuela have not seen eye-to-eye for several years now.

This past week, however, has displayed signs that the relationship might be blossoming - or at least that seeds of co-operation are being planted, after the first high-level talks between US and Venezuelan officials in years.

It's a new direction for the two countries. Washington has in recent years slapped sanctions on Venezuela's oil sector over President Nicolás Maduro's poor democratic and human rights record. Mr Maduro himself has a $15m (£11m) bounty on his head after being indicted in the US on charges including narco-terrorism, drug-trafficking, and corruption.

President Maduro, in return, accuses the US of colonialism and bullying, and of trying to get involved - unreasonably - in Venezuela's internal affairs.

It's not a comfortable rapprochement. These are desperate times, and desperate measures are needed. Oil helps make the world go round and Venezuela has a lot of it - and when the world is in crisis, such as with the ban on Russian oil exports causing prices to surge, leaders start revisiting those awkward friendships.

"In Venezuela, it's all about the oil," says political historian Prof Margarita López Maya. "One of the first steps the US did in the Second World War was bring in a good ambassador [to Venezuela] to give support to the government - to secure that oil."

There's no doubt that a better relationship would benefit Venezuela, too. Mr Maduro wants to see sanctions lifted, and last week the president - a man normally so willing to criticise the US - offered an olive branch on state TV.

Flying the flags of friendship

"The two flags of the US and Venezuela were there, they looked really pretty, the two of them, united as they should be," said President Maduro of the meeting in the Venezuelan capital, Caracas, last weekend. "A new opportunity has been opened. We had a respectful, cordial and very diplomatic meeting. It's time for diplomacy, truth and peace."

Indeed, Mr Maduro also said he was ready to return to talks with the Venezuela opposition, hosted in Mexico. And a few days after the US-Caracas meeting, Venezuela released two jailed US citizens.

So far, so positive - but where will this thawing of relations lead?

"In the US, for a while now, internal forces have been saying that the strategy of oil sanctions didn't make much sense after all this time and its objective wasn't working," says Luis Vicente Leon, director of Caracas-based consulting firm Datanalisis. "When the conflict with Ukraine started, it became clear that a policy of oil sanctions put it in a predicament."

Many see these talks as a marriage of convenience. But it's early days and still a tumultuous relationship.

"Both sides are hypocritical, I don't believe anyone," says Maria Eugenia Farina, a shop owner in Caracas. It's a feeling echoed by so many in Venezuela who have given up on politicians of any stripe being able to pull the country out of its crisis.

Others, though, are more willing to give these talks a chance.

"Do I see it as a positive? Yes, because Venezuela would go bankrupt, someone has to give," says Caracas resident Ana Pérez. "We are weak. If they lift sanctions, things can get better here."

But anyone expecting a quick turnaround may be disappointed.

"They've had one trip and just a couple of meetings, so you couldn't anticipate that the tectonic plates would have shifted just yet," says Eric Farnsworth, vice-president of the Council of the Americas and a former State Department official.

"When you begin to realise how fundamentally difficult it is going to be to make a meaningful difference, then you begin to have second thoughts as to whether it's truly worth the effort to do that," he adds.

Venezuela once had the capacity to produce around three million barrels of oil a day. It's now under a million. Any increase in production would require a great deal of investment - and that would also require an easing of sanctions. The Middle East, say experts, is the only solution in the short-term.

"Venezuela is currently exporting through China and Maduro is getting tons of money compared to the past two years," says Francisco Monaldi, the director of the Latin American Energy Programme at Rice University's Baker Institute in Houston. "Having said that, the disruption of the markets that's happening will make Russians send tons of oil to China at a heavy discount, and that will disturb Maduro's business." 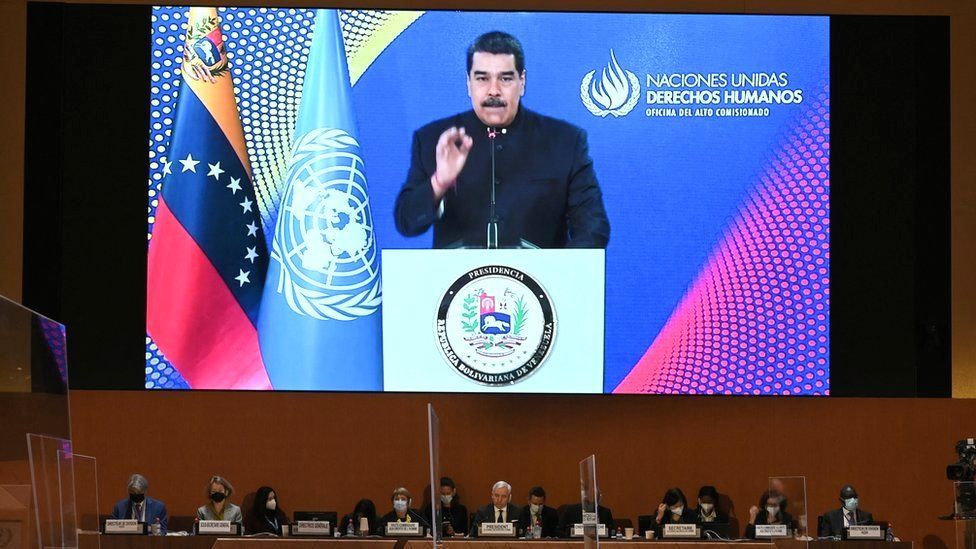 Therein lies the other big issue - the relationship between Russia and Venezuela.

"Violence is the expression of the capitalist world," Venezuela's Vice-President Delcy Rodríguez said last week. "Nato countries provoking a power like Russia. What are they looking for? The annihilation of the entire world? Venezuela raises its voice for peace. You will never see us in the war ranks."

So, could the US visit be more than just oil? An attempt to change Venezuela's political allegiances, perhaps?

"I just don't see how Maduro would perceive it to be in his interests to turn his back on the Russians in favour of a US administration which has him under indictment by the US Department of Justice," says Mr Farnsworth. "What I do think will happen - and has maybe begun to happen - is that Venezuelans will just tone down the rhetoric a little bit."

From foes to frenemies? It's a plausible - and welcome - possibility. But not everyone is convinced.

Oh ya 74 days ago
So now America is sucking the dicks of leaders of countries trying to buy oil because they have a mentality challenged idiot for a president. If he had not shut doen the pipeline from Canada he would not be sucking enemies dick. Must be hard to be proud of him
View all comments (1)Add comment