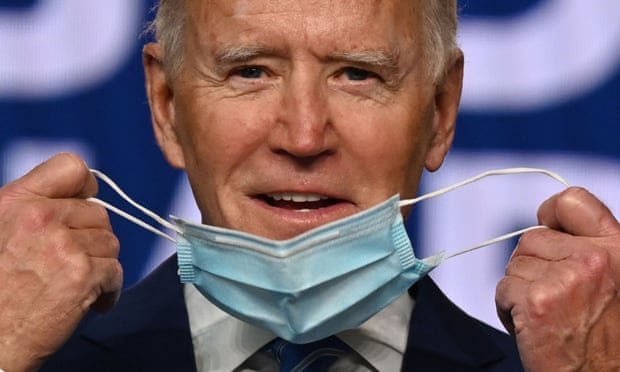 Will Joe Biden be good for Britain? Here's what my time with him in Washington taught me

From what I learned as the UK’s ambassador to the US, he’s a pragmatist. But relations could be derailed by a no-deal Brexit
A few days after Donald Trump’s 2016 election victory, I called on his campaign director, Steve Bannon, in his Washington townhouse near the Capitol. Bannon was then at the height of his powers: the self-proclaimed architect of Trump’s triumph, chief strategist and senior counsellor to the incoming president, the man always “in the room”.

We did the business quickly: getting Bannon’s support for a Theresa May visit to Washington a week after inauguration. To spin out the meeting, I asked him about rumours of his links to some of Europe’s far-right parties: the Front National, Alternative für Deutschland, Lega Nord. Bannon feigned surprise at the question: “of course” he was talking to them.

They were part of the great populist wave that was sweeping over western democracies, capitalising on the complacency and corruption of ruling elites, and already cresting with Brexit and Trump’s election. Next stop would be a victory for the Front National in the French elections in May 2017.

It didn’t happen. Emmanuel Macron defeated Marine Le Pen. And Bannon himself was out of the White House within eight months. The New York Times claimed that Rupert Murdoch had persuaded Trump to fire him. I suspect it was as much about a Time magazine cover: a photo of Bannon under the headline “The Great Manipulator”.

And Trump never had much time for Bannon’s populist wave shtick, implying as it did that Trump’s election was a matter of historic inevitability. In Trump’s mind, he wasn’t swept along in the wave, he was the wave.

But the conversation presciently foreshadowed the wild ride that was the Trump presidency: a rollercoaster drawn by Escher, composed solely of descents. In the British embassy, we experienced it daily. Wake up one morning and he has, overnight, banned visitors from seven Muslim-majority countries, causing chaos at airports around the world.

Wake up another morning and he has retweeted racist videos by Britain First. Watch a Trump press conference and he says some of those attending a rally of white supremacists and neo-Nazis are “very fine people”; or that a group of Democrat women of colour should “go back” to where they came from.

Follow his international activities and he pulls the US out of the Iran nuclear deal and the Paris climate accord, simultaneously endangering European security and imperilling the planet’s future. On the pandemic, he suggests self-injection with bleach. And for light relief, he tries to buy Greenland.

And now he’s lost. Some commentators are already attributing this to his mishandling of the pandemic. With almost 240,000 Americans dead, this is certainly important. But memories are short: Trump was already on the slide in the 2018 US mid-term elections, when the Democrats retook the House of Representatives on a near 8% swing.

And look at the states he lost this time round. Biden’s victory rested on his flipping Georgia and Arizona, and retaking the rust belt. The former reflects demographic changes – an influx of young, diverse, college-educated voters into the two states – but Wisconsin, Michigan and Pennsylvania “coming home” to the Democrats is more about unfulfilled promises.

In his inauguration address, Trump talked of “rusted-out factories scattered like tombstones across the landscape of our nation” and promised, in essence, a return to the 1950s: the coal mines reopened, factories back at work. Instead, by 2020, jobs were being lost from the US coal industry at the fastest rate in history; and during the first two years of Trump’s presidency, nearly 1,800 factories closed across the country. The lesson for politicians everywhere: never over-promise.

Yet he got almost 71 million votes, more than when winning in 2016, and is now embedding the narrative that he didn’t actually lose; the election was stolen. So expect him to stay on the scene: a power in the land, a voice on Twitter and Fox News, an open wound in the Republican party. His cheerleaders are already floating a 2024 revenge run.

What should we expect from President Biden? I met him twice: once as national security adviser, when he attended one of David Cameron’s national security councils; and once in early 2019 in Washington, when I called on him while he was deciding whether to run. In person, he radiates decency, warmth and common sense.

He has known personal tragedy, with the death in a car accident in 1972 of his first wife and infant daughter, and the death in 2015 from brain cancer of his son, Beau; so he will empathise with the families of the Americans lost to the pandemic. He is a centrist, with a 40-year career in the Senate characterised by working “across the aisle”.

And he likes to shoot the breeze. My 2019 meeting with him, scheduled for 20 minutes, turned into a glorious hour and a half, ending only when his aides dragged him almost physically from the room to catch a plane.

Expect the lights to burn late in the Biden White House, and Republicans to make concessions to him out of sheer exhaustion. As for his policies, there will be a reset: a return to normality. Domestically, his priority will be the pandemic, and “healing America”.

Internationally, he will take the US back into the Paris climate accord, reaffirm its commitment to Nato, rejoin the Iran nuclear deal and restore longstanding US support for the European project. No more “the EU is worse than China”, to quote the departing incumbent.

As for relations with Britain, I think they may be cool initially. A UK unable to influence EU policies is far less useful to the US. And, as I heard from some of the Obama team face-to-face back in 2016, the Democrats were incensed by Boris Johnson’s comment about a “part-Kenyan president” having “an ancestral dislike of the British empire”.

That said, Biden is nothing if not a pragmatist. So there is a route back, via Britain working with the US to shape the next G7 meeting and the big international climate change conference Cop26, both of which the UK is hosting next year.

Provided, that is, that the government strikes a post-Brexit deal with the EU and does not carry through its threat to break international law by unilaterally rewriting the EU withdrawal agreement. But we couldn’t be that unhinged – could we?
#Donald Trump  #Joe Biden  #Boris Johnson
Add Comment