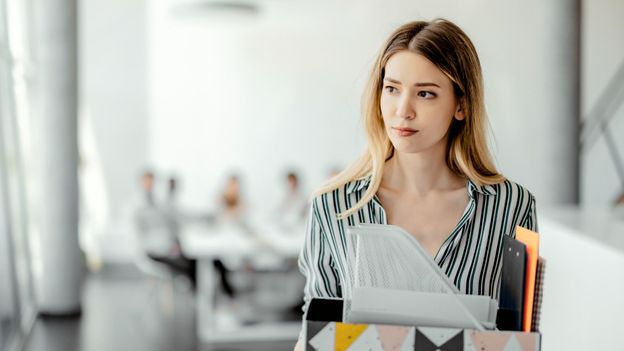 When people first began leaving their jobs en masse in early 2021, experts generally believed that the “Great Resignation” was a direct side effect of pandemic chaos and uncertainty.

Many workers quit due to Covid-19 safety concerns or because their companies didn’t provide adequate remote-work support. Millions more left for more autonomy or meaning in their work; many of these shifts linked to lockdown reflection. And others quit for more money elsewhere, as the labour market tightened.

But something unexpected is happening now. Even with Covid restrictions mostly lifted and the pandemic waning in many countries, the resignation letters are still piling up. Despite widespread predictions of a slowdown, data shows not only are people still leaving positions in spades, but many workers who haven’t resigned yet plan to do so in coming months.

Experts suggest that two factors are fueling this trend. While the pandemic served as the trigger, the seeds of the Great Resignation were sown well before – and until the deep-rooted factors causing workers to quit are addressed, resignations are unlikely to subside. People are also now looking at work and the role they want it to play in their lives in a different way, and switching to jobs that better align with their new values. And, say the experts, the extent to which the looming slowdown will affect these quit rates remains to be seen.

Jobs numbers tell the story of a quitting epidemic that just hasn’t subsided.

This is especially true in the US. Quit numbers were generally consistent throughout 2021, when an average of nearly 4 million people left their jobs each month. That’s more than half a million more than 2019’s monthly averages. In January 2019, there were roughly 7 million job openings in the US; a year later, the number of open positions grew to 11.26 million.

The behaviour has spilled over into this year, too. At the end of March 2022, the Bureau of Labor and Statistics (BLS) showed a record high of 11.5 million job openings. And there’s good reason to believe attrition will continue, including outside the US: a PwC survey of more than 52,000 workers across 44 countries showed one-fifth plan to leave their job in the next year. Other studies turn up even bigger numbers, such as data from the Conference Board, which indicates this number may be 30% for US workers. In a separate survey of 1,000 UK workers, almost a third said they’re planning to quit soon.

Some of these things have been bubbling over the past decade or more, and the pandemic really just put a magnifying glass over it all – Kristie McAlpine

The pandemic has, of course, been the catalyst for the Great Resignation, says Kristie McAlpine, professor of management at Rutgers University School of Business – Camden, US. The global health crisis caused a shift in priorities, she explains, that kicked off the quitting wave.

“We were going through a time where we lost millions of people,” she says. “It’s hard to imagine how that can all occur and not kind of force us to think about what’s important to us.”

While some workers were re-evaluating their values, other factors led people to leave, too: frontline healthcare providers, service workers, teachers and others working in high-risk roles, sometimes for low pay or with little support, burnt out or walked out. People nearing retirement cut out of the workforce early to escape the pandemic. Huge numbers of parents, especially women, were forced to quit because of a sudden lack of childcare. Plus, a year or so into the pandemic, a shift in the labour market’s supply-and-demand equation in favour of workers made leaving a job and finding a new one less daunting than before.

Yet while the pandemic may have provided the spark, explains McAlpine, the Great Resignation is a powder keg that had been building for some time. “Quit rates have been steadily increasing over the past 10 years,” she says. “That's not something that just started with the pandemic. It certainly exacerbated some trends.”

Before the pandemic, Baby Boomers, a quarter of the US workforce in 2018, were already moving steadily into retirement. Low wages in service work and a minimum wage that had fallen behind the rate of inflation meant discontent was growing among blue-collar workers. And presenteeism and a culture that equated long hours with hard work was pushing knowledge workers to burnout. “Some of these things have been bubbling over the past decade or more, and the pandemic really just put a magnifying glass over it all,” says McAlpine.

Given that the pandemic served as the accelerant for mass resignations, rather than the original cause, says McAlpine, it’s unrealistic to think getting past the pandemic means the quitting will simply cease. The nuanced issues that precipitated the Great Resignation took a long time to build, and they may take a long time to resolve. 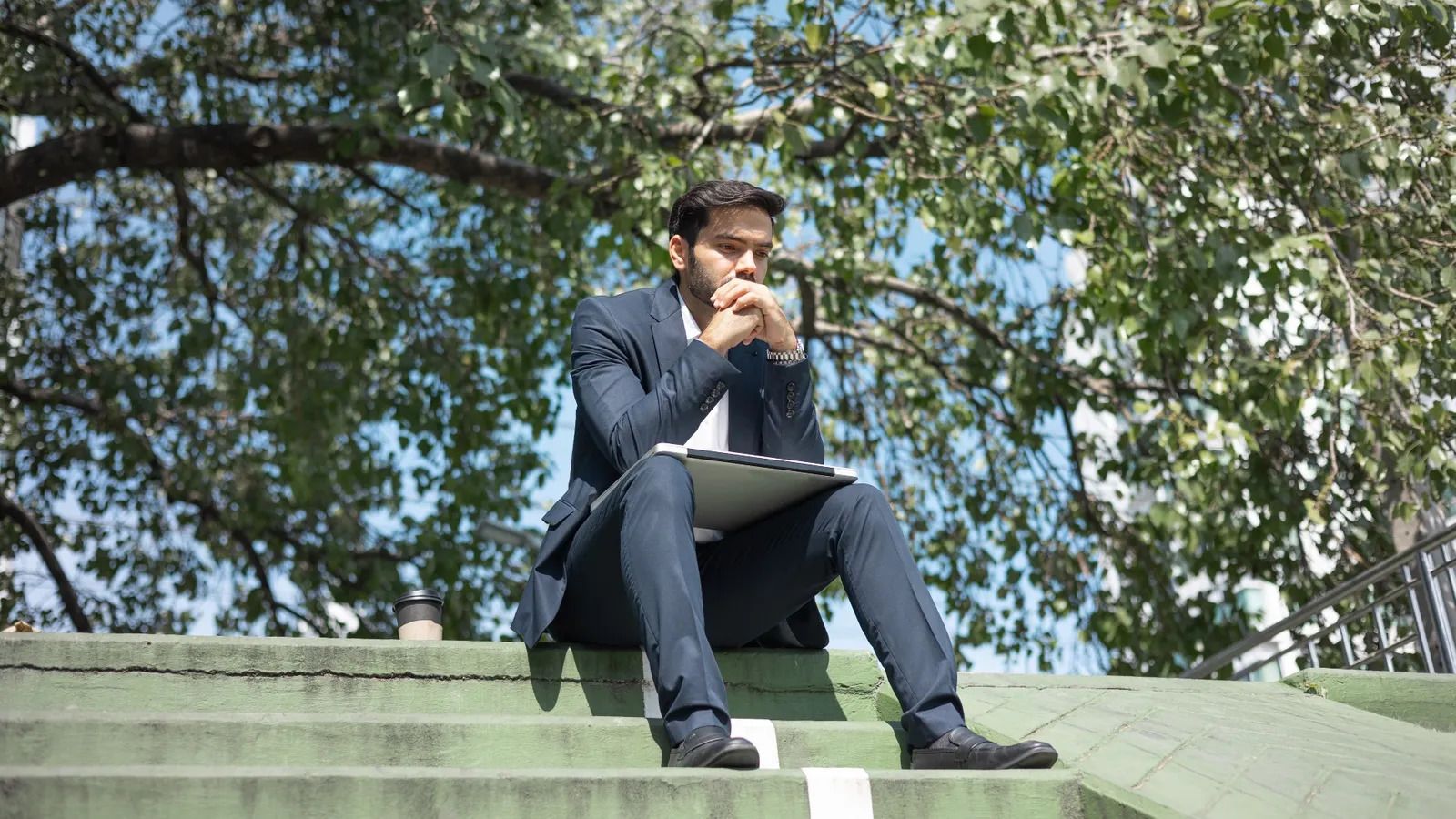 In the wake of the pandemic, experts believe many people are looking for a career change or work they find more meaningful

At the moment, says Anthony C Klotz, a professor of management at University College London's School of Management who coined the term “Great Resignation”, quit rates have more or less plateaued, but he doesn’t expect them to drop in any meaningful way in the immediate future.

In addition to the original push factors, he says that the reasons people are resigning have diversified. For instance, some workers are now swapping jobs that require them to be present in the workplace for remote positions; other workers, he says, are leaving remote jobs for ones that have a larger in-person component.

Some of the moves are getting even bigger, as people leave not just their jobs, but their professions entirely. “It’s not just about what's happening in an industry,” he says. “And that kind of supports the notion that people are looking for a change coming out of the pandemic or they're not afraid to completely switch to a new chapter of their career.”

McAlpine concurs, saying the role a job plays in someone’s life has shifted, which could permanently change the way people select positions and whether they stay or go. “Of course, people want to be compensated fairly, but they're also looking for some connection and meaning in what they do,” she says. Workers may be looking for ways to restore wellbeing, adds Klotz, noting that moving to a new job is often an attempt to reclaim wellness.

Klotz also believes that resignations have become somewhat self-perpetuating, potentially prolonging the period of quitting. “Turnover contagion is real,” he says. “When you have colleagues who leave first, it's almost always a bummer, because usually it's a little bit more work for you. At the same time, though, it puts the idea in your head that it's doable to make that leap. It’s hard to stop that cycle of resignations for organisations, because with each one, it's like it logically puts the idea in other people's minds about the possibility of it.”

While Klotz believes these quit numbers are poised to stay high in the short-term, the impending economic downturn and general uncertainty around the future of the labour market could change things down the line.

It’s reasonable to think a major recession would, at the very least, slow down the quit rate. “It would stand to reason that if a recession comes in, the job market gets worse. So, there's fewer options for employees to switch from one company to another. Because there just aren't as many jobs, resignations should absolutely go down,” says Klotz. “Maybe not as much as they would have before the pandemic, but they'll definitely drop.”

Already there are some signs high living costs and inflation are influencing worker behaviour; in the UK, data points to a “Great Unretirement” as older people return to the workforce to make ends meet. Other data, meanwhile, suggests more ‘boomerang employees’ are returning to previous roles in the wake of pandemic moves.

But it’s unclear, says McAlpine, whether even a global financial crisis would be enough to stem the tide of the Great Resignation and keep people in jobs they want to leave. “We’ll see what happens if we do indeed head into a recession,” she says. “But I think that as long as workers have an understanding of what they're looking for, employers are going to have to make some changes in order to accommodate that. And it seems like people will be willing to leave if they don't get it.”