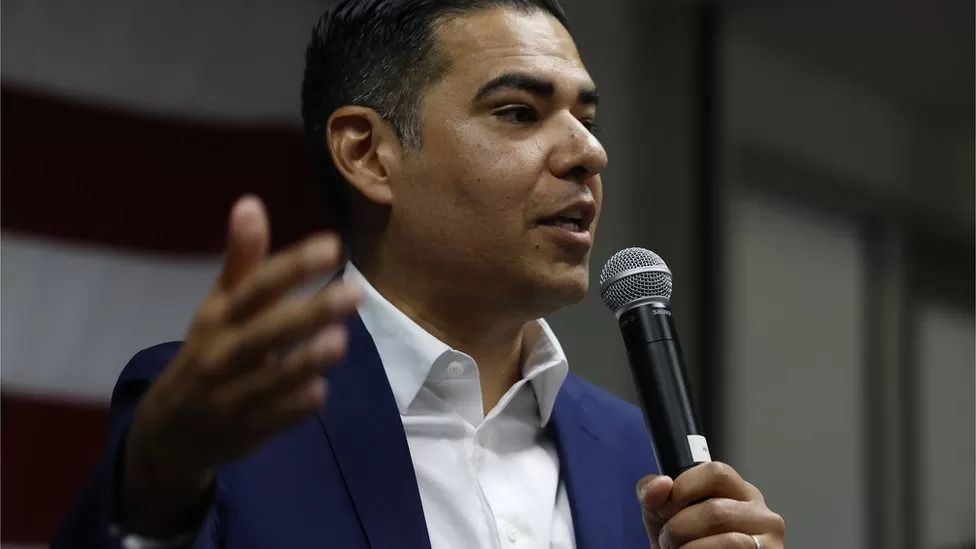 In a tweet on Tuesday, he said it is one of three items he will use that "mean a lot to me personally".

The other two are a photo of his parents, who he said were lost to Covid-19, and his citizenship certificate.

Mr Garcia is still waiting to take the oath of office, however, after Republicans failed to elect a speaker.

A Democrat from Long Beach, California, and the city's former mayor before being elected to the House of Representatives, he has a record of sharing his graphic novel fandom on Twitter.

"Anyone who understands comics knows that comics are an essential part of American fiction," he tweeted in November. "And the lessons learned are invaluable."

Mr Garcia - who will take the oath using a vintage Superman comic from 1939 - cites lessons that are distinctive to his upbringing as both an immigrant and a member of the LGBT community.

The congressman-elect was brought to the US from Peru by his mother when he was five years old. He is openly gay and married.

In 2021, after DC Comics announced the new Superman would be bisexual, Mr Garcia tweeted: "I became a Superman fan as a kid because I related to him. An immigrant, a sense of justice, and a secret identity."

Although using the Superman comic may be a bit unorthodox when taking the oath of office, technically it's not illegal, per Article VI of the US Constitution. The Article states, in part, that "no religious Test shall ever be required as a Qualification to any Office or public Trust under the United States".

As a result, "there is no required text upon which an incoming officeholder must take their oath", said Jane Campbell, president of the United States Capitol Historical Society.

In 2007, Democrat Keith Ellison from Minnesota, the first Muslim elected to Congress, took the oath using a Quran once owned by Thomas Jefferson.

Many of the mementos, like Jefferson's Quran and the Superman comic, are loaned by the Library of Congress for this occasion. Other props loaned by the Library for a ceremonial swearing-in include Rosa Park's pocket Bible and the Biblia Hebraica, the first complete Hebrew Bible published in America.

But no comic books, yet.

As the vote for speaker of the House concludes its sixth fruitless round, the world may have to wait a little longer before Superman and Mr Garcia can break the congressional record books.
#COVID-19  #Covid
Add Comment