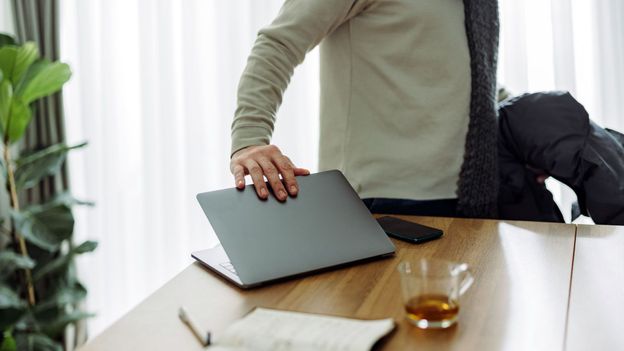 Why ‘quiet quitting’ is nothing new

The idea of slowly withdrawing from overworking has gone viral. This ‘quiet quitting’ has actually been happening for decades – but its newfound popularity says a lot about work now.

On a recent Monday morning, Gemma, 25, finally decided she needed to overhaul her working life. “I opened my inbox to a load of negative emails from the company’s founder,” explains the London-based PR worker. “I was then expected to deliver big results on a tight deadline. I’d just had enough.”

However, Gemma, whose full name is being withheld over career concerns, didn’t resign. Instead, she chose to remain in her current role; she performs her tasks, but has stopped going the extra mile. “I think it’s quite clear my spark has gone, and I just get by doing the minimum,” she says. “I used to be online hours before I started work; now, I don’t log on until after 0900. I used to work so late that I didn’t have time for myself; now, I close all work apps at 1800 on the dot.”

Gemma has ‘quiet quit’ her job, a move linked to a trend that first went viral on TikTok. The phrase was popularised by user @zkchillin in a July 2022 video that now has 3.5 million views, spawning an online phenomenon. “You’re not outright quitting your job, but you’re quitting the idea of going above and beyond,” he explained. “You're still performing your duties, but you're no longer subscribing to the hustle-culture mentality that work has to be your life; the reality is it's not, and your worth as a person is not defined by your labour.”

To Gemma, quiet quitting has captured the zeitgeist: employees feel overworked and underpaid in the wake of the pandemic and amid the rising cost of living. “I think a lot of people are fed up,” she says. “They’re realising they’ve put in a lot more effort than their salary shows: no one should be driving themselves to burnout for a wage that causes personal stress or worry.”

Quiet quitting has generated intense media attention, with mass coverage exploring the workplace trend. In many ways, it isn’t a new phenomenon: coasting, clocking in-and-out while getting the bare minimum done, has long been a facet of the workplace. For various reasons, discontented workers have always found ways to disengage from their job and still collect the pay cheque.

But the buzz surrounding the newly coined concept of quiet quitting seems to have particularly struck a chord now. Why exactly is that – and what does its popularisation say about our broader cultural attitudes towards work and our careers in the longer term? 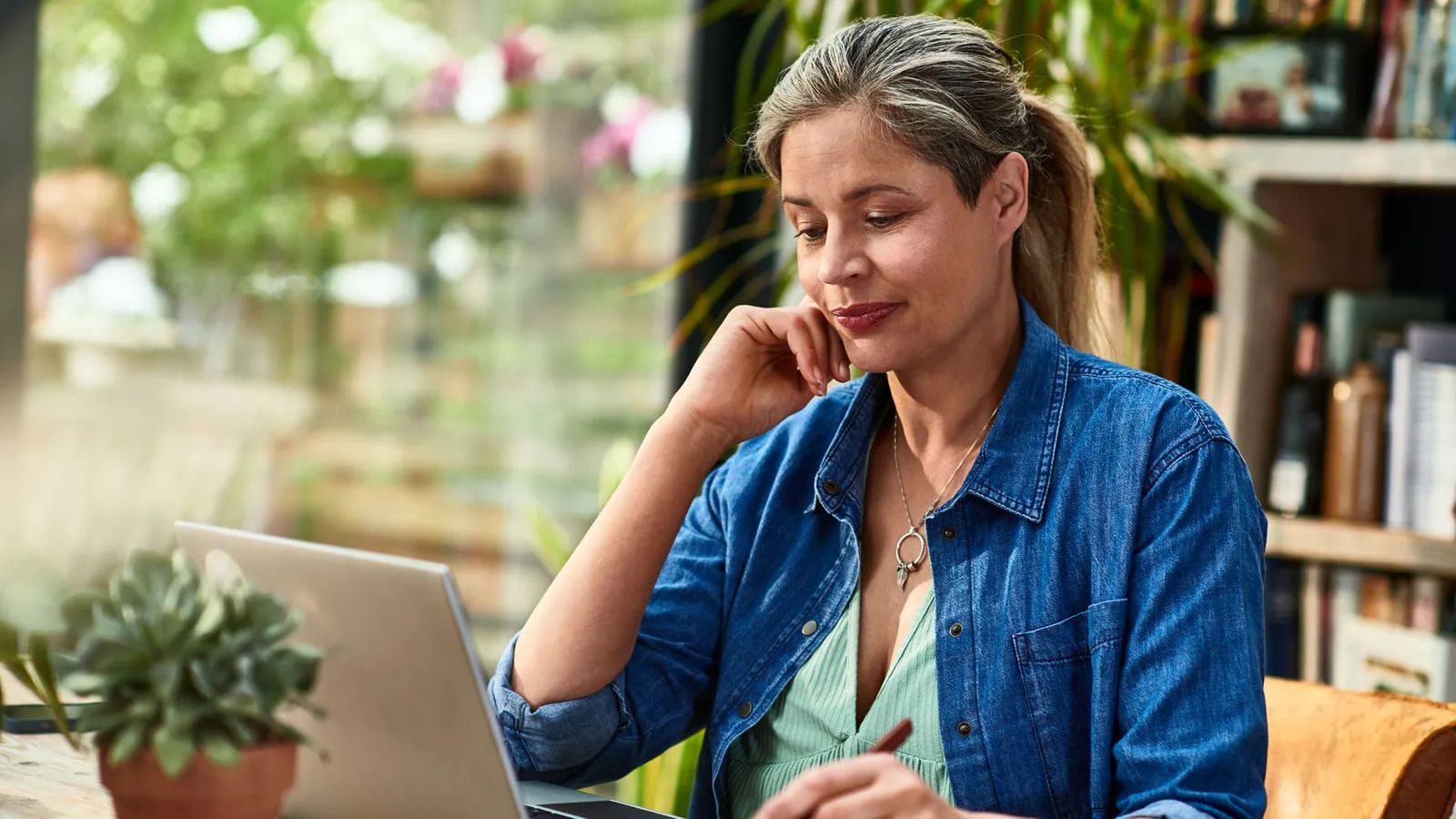 The term may be new, but the idea behind quiet quitting has long existed, says Anthony Klotz, associate professor at University of College London’s School of Management. “Although this has come from a younger generation and in new packaging, this trend has been studied under different names for decades: disengagement, neglect, withdrawal.”

Workers have always looked to just get by in a job for various reasons, he continues. “There are many people not in a position to leave their role: they may have non-transferable skills, accrued flexibility and benefits they can’t have elsewhere or live in a small community with a dearth of other opportunities.” He adds that the economy can also play a role in keeping unhappy workers in their jobs. “Slowdowns increase the risk and cost associated with quitting, because of the weaker job market.”

In these cases, coasting can make sense for workers who feel they can’t progress, or no longer prioritise their career. “Always going above and beyond the call of duty consumes mental resources and causes stress,” says Klotz. “And there’s little reward for doing so if someone perceives they’re stuck at a company. So, quiet quitting doesn’t just speak to younger generations – it’s anyone who has ever felt stuck in a job but has little reason to resign.”

However, unlike coasting, an employee who quiet quits may not necessarily slack every day at work. Instead, Klotz says workers tend to strip back the above-and-beyond aspect of a job to its core nine-to-five. “Arriving early to work and staying late, helping a colleague out at the expense of your own tasks, showing as much dedication to your role as possible – these are extra behaviours that go the extra mile for an organisation, but can take a personal toll.”

Why ‘quiet quitting’ is booming

Klotz believes that the idea of quiet quitting is particularly resonating at the moment because of the pandemic, and the increased conversations around mental health.

In many instances, says Klotz, employees are taking action to stave off burnout. “Quiet quitting is effectively redrawing boundaries back to the job description so that people aren’t thinking about work 24/7. Instead, they’re dedicating time and energy to other elements of their lives that are more meaningful, leading to improved wellbeing.”

Although this has come from a younger generation and in new packaging, this trend has been studied under different names for decades: disengagement, neglect, withdrawal – Anthony Klotz

Working through the pandemic may also have caused a spike in employee disengagement, fuelling the quiet-quitting phenomenon. Jim Harter, chief scientist for workplace management and wellbeing at analytics firm Gallup, based in Nebraska, US, believes the trend is largely being driven by early-career employees. “Younger workers typically tend to report higher levels of engagement, but that's now declining,” he explains. “Following Covid-19, they may now have a higher bar than older generations when it comes to working for an organisation with purpose.”

There is also the sense of a deepening disconnect between employees and managers, says Harter. He cites June 2022 Gallup figures that show only 21% of 15,001 US workers feel their organisation cares for their overall wellbeing – as opposed to half of employees during the peak of the pandemic. This sentiment may have become even more acute as real wages tumble in the face of soaring inflation. “We’re seeing a cultural rift that’s pulling workers away from their employers,” he adds.

In Gemma’s case, her quiet quitting arose from underlying issues with her employer and feeling her job performance was consistently overlooked. “I’ve been unhappy for a while,” she explains. “The work culture at my place is so poor and toxic. Although I was always working harder and longer than my peers, my pay has never reflected that.”

Rather than force her way out from the company and potentially find herself in another job she doesn’t enjoy, Gemma is content to pause for the time being. “I think it would take a lot for me to make a drastic move,” she adds.

While pulling back at work is not a new concept, Klotz believes the current quiet-quitting phenomenon taps into a wider shift in how employees are approaching their careers following the pandemic. Rather than a rebellion against work in itself, it’s a rejection of long workdays, unpaid overtime and always-on presenteeism in service of an organisation.

Instead, many employees are seeking to redefine the lines between their working and personal lives to benefit themselves. “We’re seeing a moment of reprioritisation with quiet quitting: the shrinking of work in people’s lives to make room for family, friends and hobbies,” says Klotz. “People want a career, but they want rich, healthy lives outside of work, too.”

For Gemma, quiet quitting has meant she’s been able to psychologically recover from a high-pressure job, deepen her passions and develop a side gig: after learning to crochet in recent months, she now sells her designs online. She’s content to make this her main focus for the foreseeable future. “I used to worry that I’d get in trouble or that my colleagues would hate me if I didn’t go above and beyond,” she explains. “Now, I’m spending time developing side hustles that are much more rewarding than my nine-to-six job. I feel much less stressed and anxious about work.”

The massive reaction to quiet quitting speaks to a broader, pandemic-fuelled trend: employees in many cases are reassessing what work means to them, and how much space it should occupy in their lives. “I really believe we need to get past the concept of always being ‘on’,” says Gemma. “There’s more to life than achieving a KPI.”