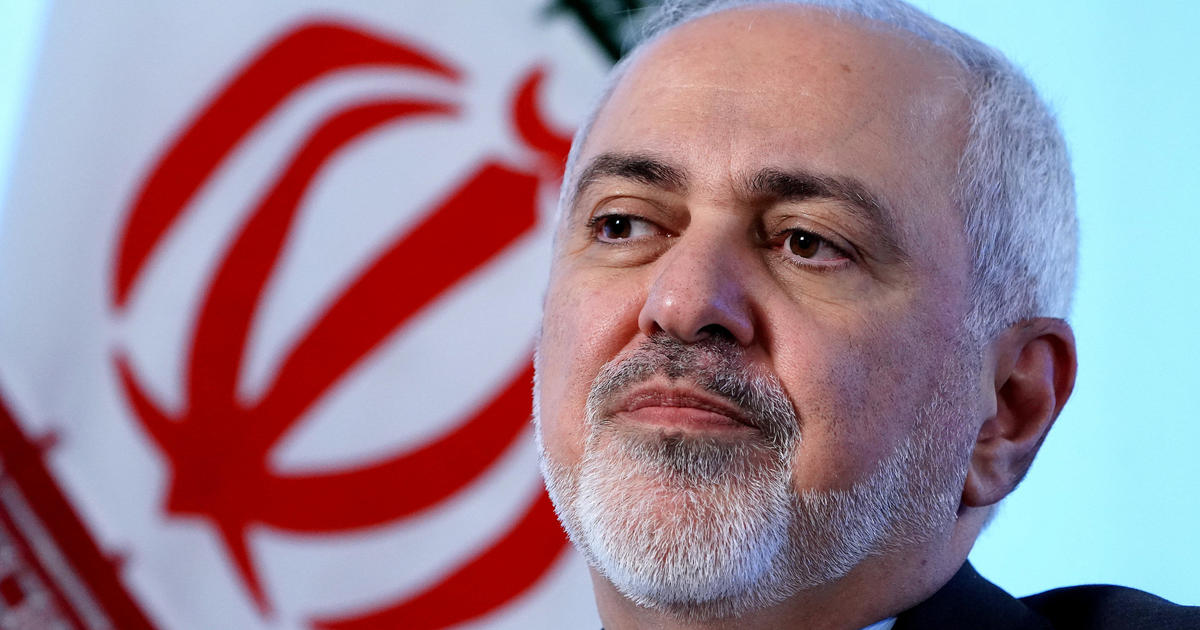 Why Iran sees Biden as the "more promising" candidate in the U.S. election

Iranian Foreign Minister Javad Zarif has indicated to CBS News that the Islamic Republic's leadership would prefer Joe Biden win the U.S. election. It was a first for a country that has been reluctant to tip its hand.
Zarif first insisted that Iran's government has no preference between President Donald Trump or Biden, but pushed to respond, Zarif said that "the statements by the Biden camp have been more promising, but we will have to wait and see."

He stressed, however, that it's not what the new administration says during the campaign that counts, but what it does in office.

"What is important for us is how the White House behaves after the election, not what promises are there, what slogans are made. The behavior of the U.S. is important. If the U.S. decides to stop its malign behavior against Iran, then it will be a different story no matter who sits in the White House," the U.S.-educated diplomat said.

U.S.-Iran relations have disintegrated since President Trump's unilateral move in 2018 to pull out of the nuclear deal reached with Iran under former President Barack Obama. The Trump administration not only withdrew from that agreement but has since hit Iran with a series of harsh economic sanctions - a "maximum pressure" bid to force Iran to renegotiate the nuclear deal.

The Biden camp has signaled that, if he wins, his administration would attempt to renegotiate the deal hashed out when he was vice president, but the Iranian Foreign Minister insisted to us that that is not Tehran's hope.

"If we wanted to do that [renegotiate], we would have done it with President Trump four years ago," Zarif told CBS News, adding that "under no circumstances" would Tehran consider renegotiating the terms of a deal which has since been adopted as a United Nations Security Council Resolution.

Zarif was categorical that Iran would, instead, like to see the U.S. re-join the deal.

"We can find a way to reengage, obviously. But reengagement does not mean renegotiation," he said. "It means the U.S. coming back to the negotiating table."

These are hard times in Iran. The country is struggling with a surging COVID-19 outbreak and economic sanctions that have sent its currency into a dizzying dive. But despite a battered economy, Zarif said the Trump administration's "maximum pressure" campaign had failed.

"It has hurt Iran," he conceded. "But it hasn't brought the type of political change that the U.S. desired — be it regime change, which was the desire of a certain segment of the current U.S. administration, or what President Trump wanted, which was to bring Iran to its knees so that he could dictate his terms of negotiations."

"I know that Vice President Biden understands that that won't happen [renegotiate the terms of the nuclear deal], and may act differently," said the Iranian foreign minister. He expressed hope, however, that Mr. Trump, too, "is capable of acting differently."

Zarif also addressed assertions from U.S. intelligence agencies that his country obtained U.S. voter registration information and used it to try to erode confidence in the American election process. He categorically denied any interference by Iran, and called President Trump "the single person who is making the most important and effective affront against the U.S. electoral system."

Anyone interested in undermining U.S. democracy, Zarif suggested, "will just ask President Trump to continue talking about forgeries and inconsistencies in mail-in ballots and all sorts of other stuff."

Zarif said the Iranian government received a letter from the Trump administration, which the White House has yet to confirm, warning the country not to take action around the election, and that the U.S. would not tolerate any interference.

On election night, Zarif will be on a plane heading for official visits in Latin America, watching with huge interest, and some trepidation, as American democracy shapes the next phase of his country's relations with the U.S.
#Donald Trump  #COVID-19  #Joe Biden  #Covid
Add Comment