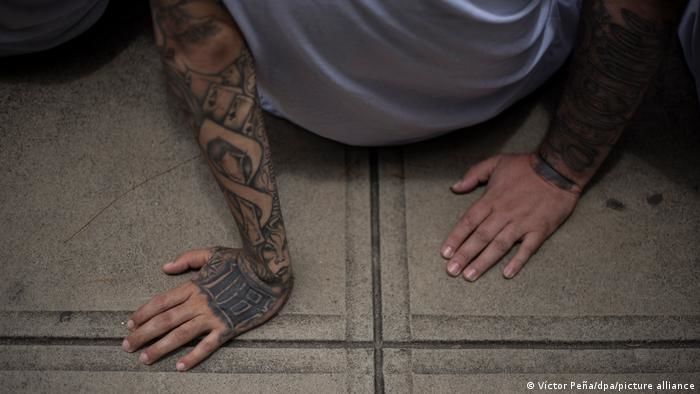 President Nayib Bukele has imposed a state of emergency for 30 days as El Salvador grapples with a sudden increase in slayings. Could an alleged soured pact between the government and notorious gangs be the reason?

There were 62 killings in El Salvador on Saturday alone. This figure illustrates the scale of the problems in the small country, whose population only numbers 6.5 million — roughly the same as that of Washington, DC.

After Saturday's violence, President Nayib Bukele decided to reverse course. In a tweet, he called on parliament to immediately declare a state of national emergency. Congress, which is dominated by the ruling party, approved a 30-day state of emergency, during which certain freedoms guaranteed by the constitution have been suspended. These include, for example, freedom of association and of assembly, as well as the ban on the monitoring of telecommunications.

As recently as November last year, the president had claimed that he had successfully reduced violence in El Salvador: "We come from being the most violent country in the world and now we are not even close in those numbers, we are not even in the top 10," he announced.

Until a few years ago, the country had the highest murder rate in the world. There were 103 murders per 100,000 inhabitants in 2015. Afterwards, this figure started to decline, decreasing even more from June 2019 when Bukele took office. But was he really that successful? And why has the violence spiked so suddenly this year? 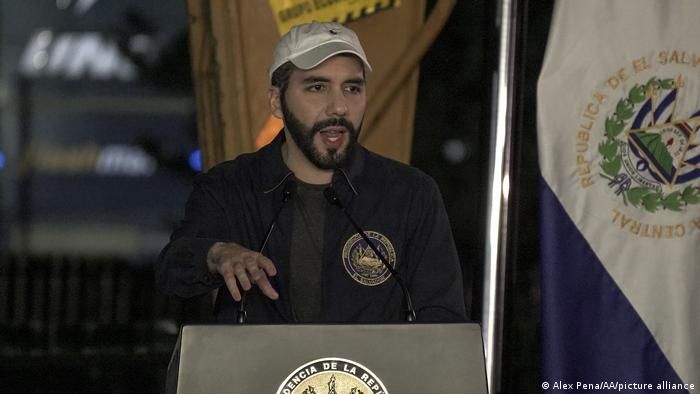 'Unofficial pact between president and gangs'

"There is reason to assume that Bukele, like other presidents before him, made an unofficial pact with the gangs in the country and that this is the reason for the decline in violence," Sabine Kurtenbach, of the Hamburg-based GIGA Institute for Latin American Studies, told DW.

In September 2020, the renowned news website El Faro revealed, after extensive research, that Bukele's government had indeed reached an agreement with the country's two most powerful criminal gangs. It reported that the deal included benefits for jailed gang members and other promises in exchange for a reduction in the murder rate ahead of the 2021 parliamentary elections. The government camp won the elections by a wide margin.

Günter Maihold, a Latin America expert at the German Institute for International and Security Affairs, told DW that he suspected the gangs had reneged on the agreement, which had led to the recent escalation in violence. "The gangs are now challenging the president directly by attacking the population to spread insecurity and chaos," he said.

There are an estimated 70,000 gang members in El Salvador. The gangs first emerged after the end of the civil war that raged between 1980 and 1992, as well as in deportations of convicts from the US. The most notorious rival gangs are "Mara Salvatrucha" (MS-13) and "Mara Barrio 18," also known as the "Maras."

Christian Ambrosius from the Institute for Latin American Studies at Berlin's Freie University, who is currently in El Salvador, told DW that the "Maras" were particularly brutal. "One victim was dumped on a newly-built bridge in the capital that is one of Bukele's prestigious projects. It was a clear signal to the president and to tourists. The violence is being used to pressure the government, which is currently trying to sell El Salvador as a cool bitcoin country with great beaches." 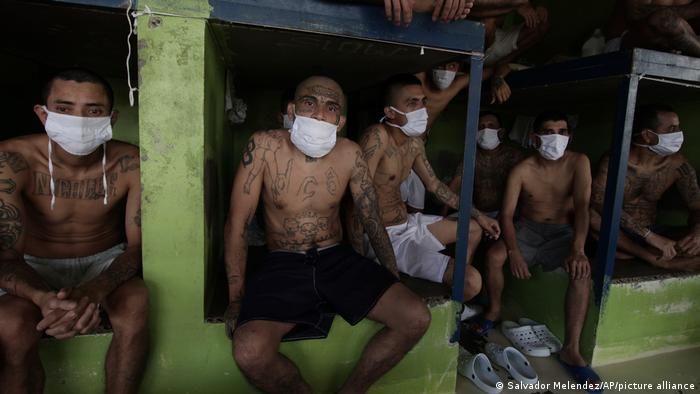 Gang members were stripped to their underwear to humiliate them

Since his surprise election win in 2019, the outsider candidate Bukele has been a controversial figure. Some see him as a savior, others believe he is an unprincipled populist. Members of the country's civil society are alarmed by his increasingly authoritarian style of governance.

After El Faro's revelations, the president gave his approval to the use of deadly violence against the Maras and a series of repressive measures in the country's prisons. 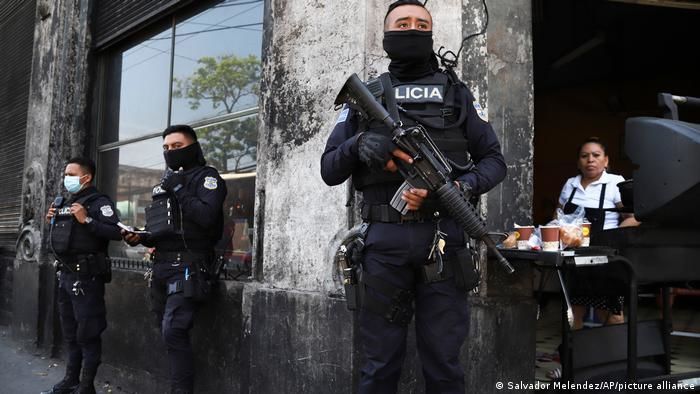 Critics fear the rise in authoritarianism in El Savador

Thousands of tattooed gang members with shaved heads were paraded wearing only their underwear and walking with their heads down. Another measure was to put members of rival gangs in the same prison cells. This was the final straw of humiliation that is thought to have led to the collapse of the deal between the government and the Maras.

"There has never been an attempt to understand the underlying structural reasons for violence in El Salvador," explained Latin America Christian Ambrosius expert.

Sabine Kurtenbach from the GIGA Institute agreed: "The violence will continue as long as these countries do not provide structures for young people and marginalized groups so that they can lead a life that is not marred by crime and violence."