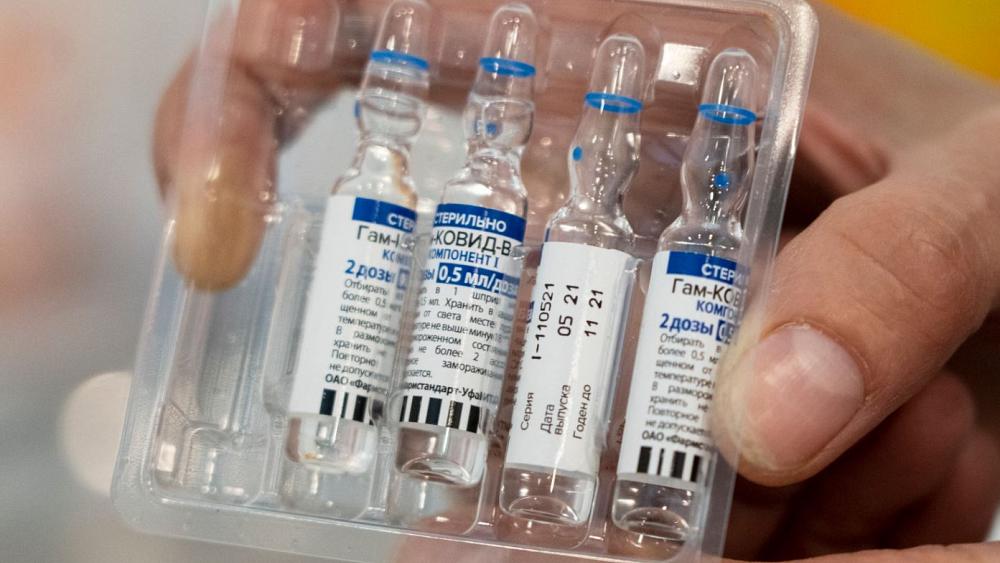 A regional WHO official said one manufacturing plant for the vaccine had failed to meet the necessary standards.

The World Health Organization (WHO) has suspended the approval process for Russia's Sputnik V COVID vaccine.

A regional WHO official said the manufacturing process of the jab had not met the necessary standards.

Russia first applied for approval from the WHO for their vaccine in February but has not yet received an Emergency Use Listing (EUL).

The WHO says they have delayed approving the jab until a new inspection can be carried out at one of the plants where Sputnik V was manufactured.

Research published in The Lancet medical journal shows that the vaccine has 91.6 per cent efficacy against the coronavirus.

On its official Twitter account, Sputnik also claimed on Wednesday that the jab demonstrated 97.2 per cent efficacy during the vaccination campaign in Belarus.

But both the WHO and European Medicines Agency (EMA) have said that they were still waiting for complete data from the vaccine's manufacturers.

Speaking at a press briefing for the Pan American Health Organization, a regional branch of the WHO, Assistant Director Jarbas Barbosa said Russia’s bid for emergency authorisation had been put on hold.

"While inspecting one of the plants where the vaccine is manufactured, they found that this plant was not in agreement with the new best practices of manufacturing," he said on Wednesday.

"The producer [of the vaccine] needs to take this into account and make the necessary changes and be ready for a new inspection."

"The WHO is waiting for the manufacturer to send news that the plant is up to standard," he added.

The WHO had previously raised concerns about possible cross-contamination and insufficient during an inspection at Sputnik V manufacturing factory in Ufa.

In June, the company managing the plant -- Pharmstandard -- said in a statement that the WHO interim inspection "did not identify any critical issues".

"We invite WHO for another inspection. We remain fully transparent and will continue with the WHO pre-qualification process."

On Wednesday, Barbosa confirmed that Sputnik V must wait for approval until the new inspection can be carried out.

"Any vaccine manufacturer who wants to be approved by WHO has to submit all information about the quality and manufacturing process," Barbosa said.

"They need to prove that sites, where the vaccines are manufactured, are in agreement with best practices".

Gaining approval from the WHO would be a huge success for Russia, and could also facilitate the travel of millions of vaccinated Russian citizens.

Chin 124 days ago
they think we are dumb. it is really about politics deep down.

Oh ya 245 days ago
Well of course they did because it takes sales away from the other companies. Did they suspend the one the other day they found in Japan with metal particles in it NO OF COURSE NOT they are a preferred company. Russia bad suspend them. The WHO is a pucking joke
View all comments (2)Add comment