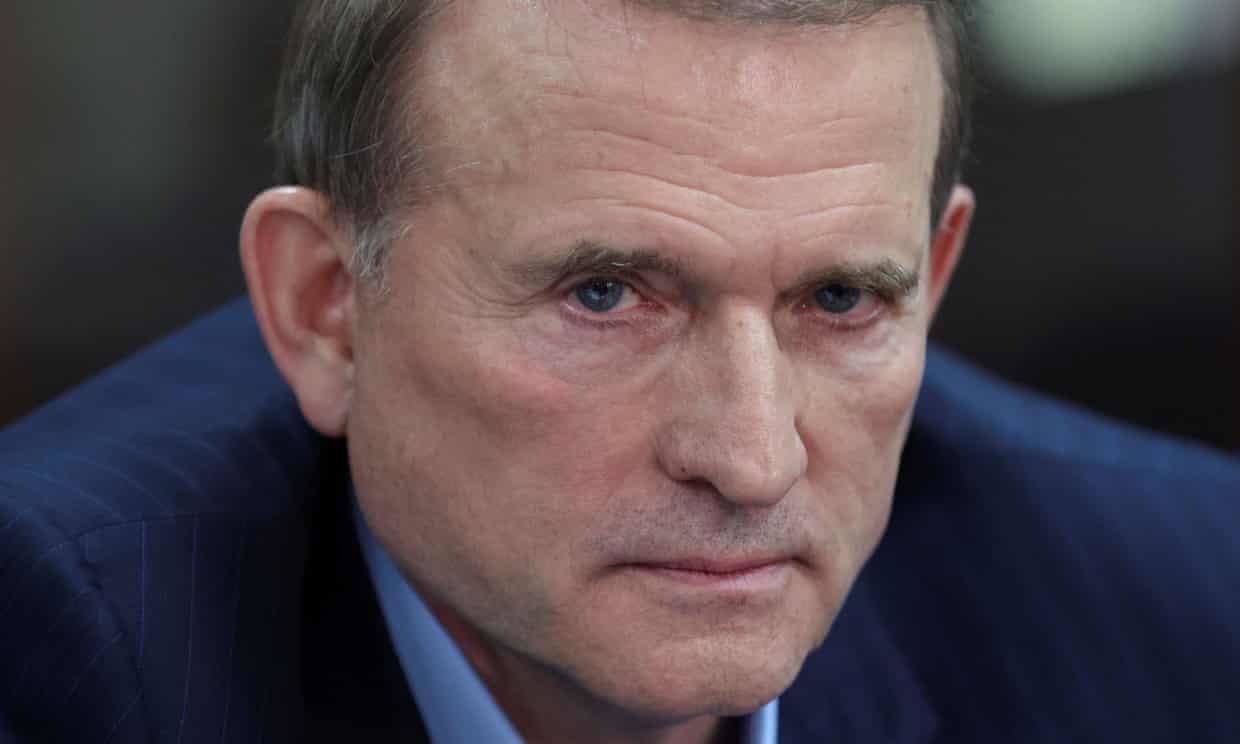 Who is Viktor Medvedchuk and why does his arrest matter to the Kremlin?

Analysis: Putin’s ally was Russia’s ‘main guy in Ukraine’ but Kremlin has refused prisoner exchange
He was Vladimir Putin’s best friend in Ukraine but the Kremlin says it won’t make a trade to secure his freedom.

Viktor Medvedchuk, a man often named the “dark prince” of Ukrainian politics, has been a loyal ally to Putin for two decades, leading a pro-Russian political party in Ukraine for years, even after the Russian annexation of Crimea in 2014 and the beginning of the deadly war in Donbas.

But their ties go even deeper than political alliances. The two have taken holidays together on the Black Sea at Putin’s residence in Sochi and Medvedchuk’s villa in Crimea, and Putin is godfather to Medvedchuk’s daughter, Daria.

While Putin has cited his anger over Ukraine’s drift toward Europe and his fear of Nato expansion as reasons for the invasion, some have argued that there may also be an element of personal revenge: the closure by Ukraine of Medvedchuk’s pro-Russian television stations, the seizure of his family’s assets and his eventual placement under house arrest in a treason case that Putin called an “absolute purge of the political field”.

For an oil and media baron and longtime confidant to Putin, it was a long way to fall.

“They [the Kremlin] viewed him as the main guy in Ukraine, their main interlocutor in Ukraine,” said a former Russian official, who knows Medvedchuk personally. “[Medvedchuk] was the legitimate way they could see their future influence [in Ukraine] … his ‘persecution’ is when this all began.”

Shortly before the war began, US intelligence claimed that Medvedchuk had been tapped by the Kremlin for a puppet government in a postwar regime.

Within days of the invasion, Medvedchuk disappeared from his Kyiv house arrest, leading many to believe that Russian special forces had managed to spirit him out of the country.

But his reappearance in custody has given the Ukrainian government an unexpected bargaining chip, with officials proposing prisoner exchanges and suggesting that Medvedchuk had shared information that would make life unsafe for him in Russia.

“I propose to Russia to exchange this man of yours for our boys and our girls who are now in Russian captivity,” Volodymyr Zelenskiy, the Ukrainian president, said in a video address on Telegram.

Little has been revealed about the operation to recapture Medvedchuk. Photographs released by Ukrainian officials showed him frowning in full military camouflage and handcuffs.

The Kremlin has responded to the re-arrest by claiming that Putin has no special relationship with Medvedchuk.

Kremlin spokesperson Dmitry Peskov at first suggested the photographs of Medvedchuk could be fakes and then claimed that Medvedchuk “has never had any behind the scenes relations with Russia”. If he did, Peskov claimed, he would have left Ukraine before the war began.

Medvedchuk’s lawyer in February claimed he had escaped house arrest. But when faced with questions about him today, the Kremlin claimed it would not make any trade.

“As for the [prisoner] exchange numerous actors in Kyiv have been talking about with so much passion, ardour and pleasure, Medvedchuk is not a Russian citizen and bears no relation to the special military operation. He is a foreign politician,” Peskov said at a press briefing.

“Besides, we do not know whether he wants Russia to be involved in any way in the resolution of the … situation he is currently facing.”
Add Comment