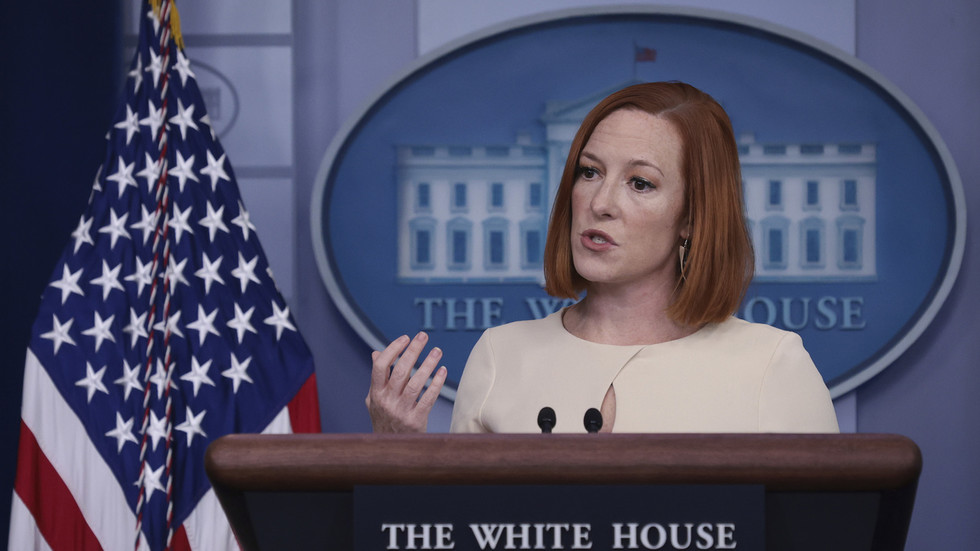 White House Press Secretary Jen Psaki has attempted to explain why President Joe Biden refers to the Capitol riot as an “insurrection,” a crime no individual, including former President Donald Trump, has been charged with.

Biden referred to January 6 as an “armed insurrection” in his Thursday morning address. He also apparently accused Trump of having “rallied” his supporters to “attack” by continuing to push the theory that the 2020 presidential election was fraudulent.

When asked whether Biden has recommended that charge be used against the approximately 700 rioters in custody awaiting trial – none of which have been charged with “armed insurrection” – Psaki appeared to downplay Biden’s remark.

The January 6 riot has been referred to as an insurrection by numerous media outlets and politicians, but some have questioned whether the term actually fits. Out of all the wide array of charges rioters are facing, insurrection – defined as a violent uprising against a government – is not one of the charges.

On the one year anniversary of the Capitol riot, numerous media pundits found themselves at odds over whether the riot could even be referred to as an insurrection if the Justice Department is not officially charging individuals with that specific crime.

In his speech on Thursday, Biden did not specifically refer to Trump by name, but he made it clear that he blames the former president for the incident at the Capitol.

When asked why Biden did not name Trump specifically, Psaki directly blamed Trump for January 6 and also referred to it as an “insurrection.”

“There is only one president in the history of this country who has fomented an insurrection which promoted the seizing of our Capitol,” she said.