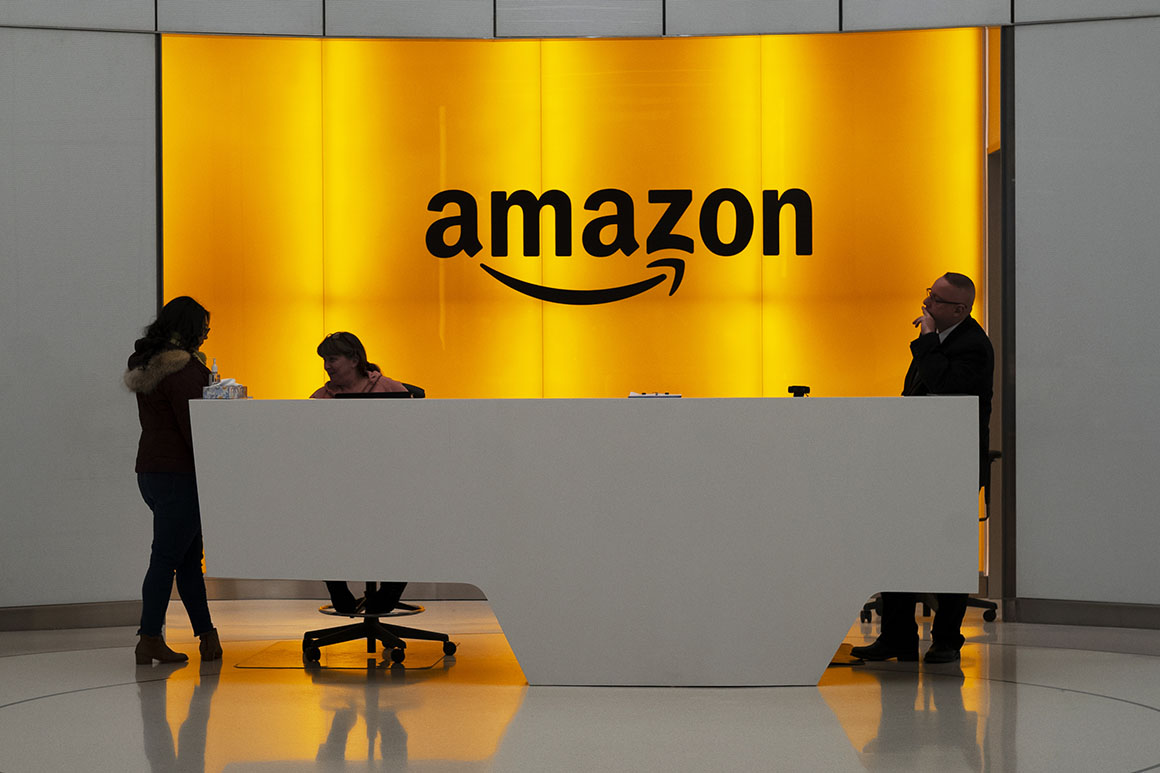 In an effort to prevent cyberattacks, the Commerce Department could impose restrictions on U.S cloud companies operating abroad, including in China.
The Trump administration is weighing an executive order that would let the government restrict the international operations of U.S. cloud computing companies such as Amazon and Microsoft in an effort to protect against foreign cyberattacks, people familiar with the matter tell POLITICO.

The executive order would allow the Commerce Department to prohibit U.S. cloud providers from partnering with foreign cloud companies that offer safe haven to hackers and give the Commerce secretary the ability to ban those foreign providers from operating in the U.S., four people told POLITICO.

The draft order is designed to deter malicious foreign actors from using cloud service providers to quickly and anonymously conduct cyberattacks, according to three people familiar with the order. All spoke anonymously because the order is not yet finalized.

It would also give the U.S. another mechanism to keep the heat on China, which U.S. officials have repeatedly designated an economic and security threat and which President Donald Trump has made a major priority in his administration.

Senior agency officials met to discuss the order Thursday and aim to have it on Trump’s desk before the end of the year, one U.S. official confirmed — an aggressive timeline that, if successful, would give U.S. companies limited time to push back.

But with fewer than 50 days until the White House changes occupants, the executive order would have to be expedited if it’s going to cross the president’s desk in time, and any agency rulemaking would likely extend into the incoming Biden administration, according to people familiar with the process.

President-elect Joe Biden has declared his own tough-on-China stance, but has also pledged to take a more multilateral approach than his predecessor.

One U.S. official told POLITICO that the government would not regularly curtail the overseas operations of American cloud computing companies, but instead use the executive order as another tool to address potential cybersecurity threats.

“This isn’t something that would be routinely used. It would be an extraordinary measure,” the official said.

“But it’s there also as a leverage point in bilateral relations,” the individual added. “To know that that is there when you’re dealing with a country and trying to get them to participate in a mutual legal assistance treaty or law enforcement efforts or information-sharing efforts, it’s a useful tool to have there.”

The order doesn’t just authorize restrictions. It would also add new reporting requirements that are likely to worry tech companies. It would require U.S. cloud service companies, which typically process or host data for third parties, to keep a log of the identities of foreign customers as a matter of course, the people said.

U.S. technology companies fear the proposed executive order, if applied broadly, could give the government new power to interfere in its business transactions overseas and complicate its relationships with many foreign governments.

The executive order, should it come to pass, could spell trouble for firms with existing business in China or those seeking to enter the highly lucrative market. The U.S. official said the executive order is not prompted by China alone, but that the government holds specific concerns about Chinese hackers and cloud companies.

“Getting China to take seriously and follow up, investigate, and prosecute their own cyber crime in their own borders is a continuously challenging issue,” the official said.

The eleventh-hour executive order is the latest in a series of Trump administration moves to box in Beijing’s ambitions to dominate the global technology sector and would be one of many policies Biden will soon be tasked with deciding whether to continue.

The Trump administration has singled out major Chinese technology firms and made it more difficult for U.S. technology firms to export equipment to them. The White House has led a global campaign to ban Chinese telecom giant Huawei from 5G networks and has more recently threatened to shut down the Chinese-owned video-sharing app TikTok.
#Donald Trump  #Joe Biden
Add Comment