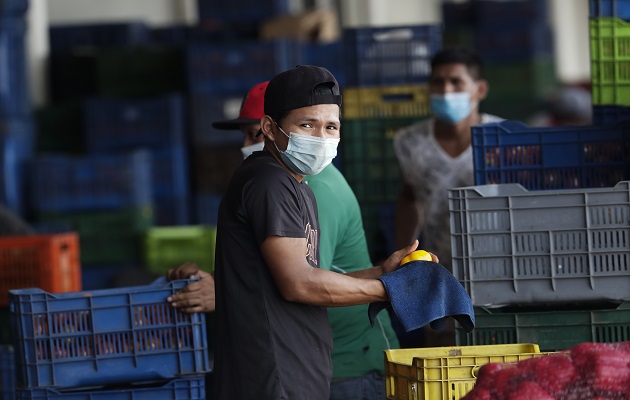 Which regions in Panama have the highest infection rates?

These areas could be badly affected, if the quarantine is gradually lifted.
The effective reproductive number (Rt) or, the number of new people infected by one person carrying coronavirus, is in very good shape at the national level on average. However, there are still regions that are above the desired value.

Keep in mind that to consider lifting of the quarantine measures, and have the epidemic in control, the recommended Rt is 1 or less. Currently in Panama this number is 0.98. But it's not that simple, in real terms, as on average the number can be below 1, but certain areas can be higher than 1 and certain lower.

What are the geographic areas that have a high Rt?

According to the latest report by the epidemiologist Rodrigo DeAntonio, areas of Veraguas, Coclé, Colón, Darién, Panamá Este, San Miguelito and Panamá Oeste have a contagion rate greater than 1, which means that the numbers are still going up in this at a rate where lifting quarantine is not recommended.

In the case of Colón, the doctor explained that although it is above 1, for this week it presented a slight decrease and recalled that there is a conglomerate of infections in Nueva Esperanza.

The regions of Panamá Norte and Chiriquí are below 1. Regarding Panamá Norte, the expert explained that despite being in the recommended range, it had a change compared to last week due to a case cluster in Chilibre.

The health minister, Rosario Turner, and other members of the advisory commission for COVID-19 have announced that the quarantine could also be removed by area, that is, those that continue with a high Rt number would maintain vigorous measures.

The numbers of cases by area have also increased. In this regard, DeAntonio considers that it will be very important to follow up on them.

"The areas of Panamá Metro, San Miguelito, Panamá Oeste and some parts in Santiago, in Coclé, in the counties, as well as Tocumen and Juan Díaz are the places that have been reporting the greatest number of cases in the last seven days," he highlighted. DeAntonio.

Lifting the quarantine by areas would only be effective, if the movement of the people from the infected areas would be halted as well, which has shown to be difficult.

That the number of people detained in Panama for violating the curfew and quarantine, is greater than the people infected with COVID-19, sending a clear message that there is no respect on the part of citizens for the sanitary measures imposed by the National Government to prevent the spread of this virus.
#COVID-19  #Covid  #Coronavirus
Add Comment