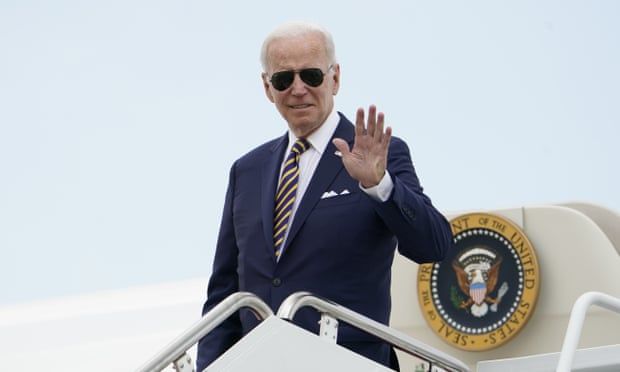 Republican candidates for Senate, House and governorships in the upcoming midterms have been filling the airwaves with baseless assertions that the FBI search of Mar-a-Lago reveals the politicization of the justice department and undermines the rule of law.

As usual, Trump is fanning the flames, howling Monday that his “beautiful home, Mar-a-Lago in Palm Beach, Florida, is currently under siege, raided, and occupied by a large group of FBI agents.”

That evening, the RNC sent out a fundraising text: “THIS IS NOT A DRILL: UNPRECEDENTED move Biden’s FBI RAIDS Pres. Trump’s home. Time to take back Congress.”

Rubbish. There’s no evidence that the FBI search was motivated by anything other than suspicions (underscored by a federal judge’s finding of probable cause) that Trump made off with documents rightfully belonging to the United States.

That’s a criminal offense. If anyone has been undermining the rule of law, it’s Trump.

Recall that Trump himself appointed the current director of the FBI, Christopher Wray, after firing former director James Comey for investigating the ties of Trump’s 2016 campaign to Russia.

But any allegation of Trump wrongdoing is automatically treated by Trump’s base as a loyalty test – triggering demands that Republican lawmakers and Republican hopefuls vigorously defend Trump and attack Democrats for going after him.

This doesn’t pose a problem for Democratic candidates in the upcoming midterm elections, whom Trump Republicans won’t vote for anyway.

But it is posing a large and growing problem for Republican candidates.

As Biden and the Democrats take victory laps for legislation they’ve been passing – the Chips and Science Act, which President Biden Wednesday signed into law, and, very soon, the Inflation Reduction Act – the Republican party continues to wallow in Trumpist grievance and accusation.

Typically, after primary contests, Republican candidates try to move as far from the extreme right as they dare, to pick up more moderate and independent voters for the general elections.

Most Republican candidates know that their best chance of prevailing in November depends on distancing themselves from Trump and focusing on Republican hot-button issues like inflation, crime and immigration.

But the Trump base’s response to the FBI’s Mar-a-Lago search shows how difficult it will be to gain any distance from Trump at all.

That search is likely to be a prelude to more fireworks in September and October, when Republican candidates will have no choice but to repeatedly go to the mat for Trump.

The January 6 committee will resume its hearings in early September. Those hearings will almost certainly provide more evidence of Trump’s attempted coup of 2020.

The DoJ investigation into Trump’s role in pushing fake electors and in removing documents from the White House appears to be heating up.

The DC court of appeals has just cleared the way for the House ways and means committee to obtain Trump’s long-hidden tax returns.

Prosecutors in Georgia continue their investigation into Trump’s demand that Georgia secretary of state Brad Raffensperger “find” the votes Trump needed to win an election that three separate courts confirmed he lost. Rudy Giuliani has just been ordered to testify before the grand jury in that case.

Oh, and Trump himself will probably declare his candidacy for president in September or October.

All of which will put Republican candidates under growing pressure from Trump’s base to defend Trump, to rage against his accusers, and to re-litigate the 2020 election – tasks that will be increasingly difficult as further evidence emerges of Trump’s criminality.

Meanwhile, Democrats will be able to boast about what they’ve done for the American people: reduce drug prices, cut the costs of healthcare, clean the environment, maintain America’s competitive edge, and modernize the nation’s roads, bridges, and water and sewage systems.

As Biden put it Tuesday when he signed into law the Chips and Science Act, America has met the moment: “a moment when we bet on ourselves, believed in ourselves and recaptured the story, the spirit and the soul of this nation.”

Which will be the more attractive message to the moderate and independent voters who will largely determine the outcome of the midterms: defending Trump from mounting accusations of his criminality and his ever more outlandish claims of being persecuted, or “recapturing the can-do spirit” of America?

I’m betting on the latter.

Rebel with a cause 168 days ago
ARE YOU KIDDING ME??? After 2 1/2 years of mind programing we know it when we see it. Your opinion here is worthless. I'm going to watch the long earned destruction of the Democrats and the Woke. They brought this on themselves and they deserve what's coming for them. Trump set a trap for the FBI and they fell right into it. Watch and see.

Oh ya 168 days ago
The Hispanic approval rating is now down to 8 %. And yes 1949 just because CNN, MNSBS says slow joe is the greatest thing since sliced bread does not make it true

Anonymous1949 169 days ago
Do you really believe this shit you print?
This is pathetic

Oh ya 169 days ago
And if you believe this story you also believe that panatimes will ever post news about you know PANAMA. The true numbers for slow joe is 12% and the world does not have enough lipstick for that pig, the hoe is likely less
View all comments (4)Add comment