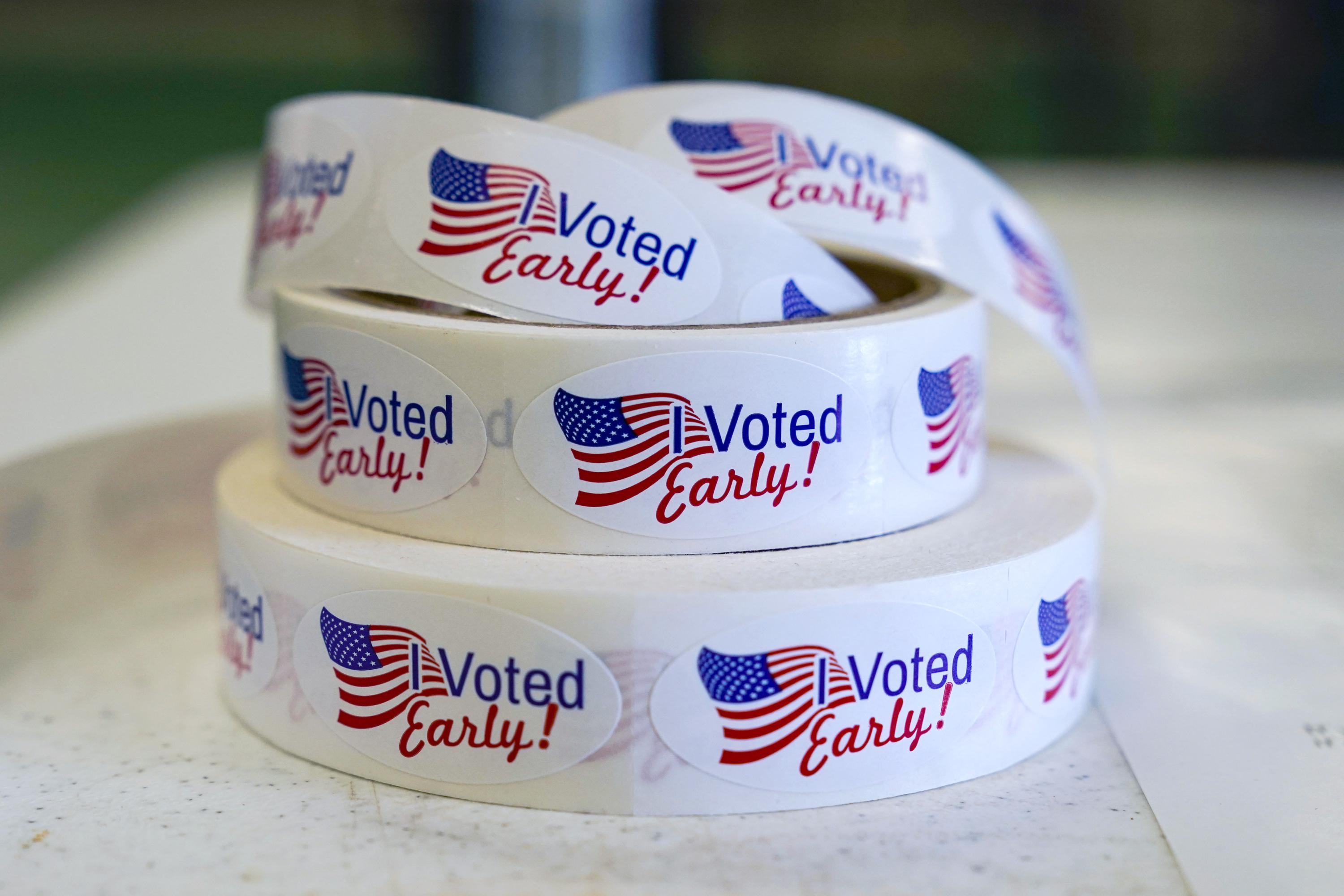 When is the last day to vote? It depends on where you live

When is early voting over in the midterm elections?

Well, where do you live?

All states have their own rules and deadlines for ballots cast before Election Day, by mail or in person.

Early voting got a big boost in 2020, when many states made the practice more available, as the nation voted amid the coronavirus pandemic. Voters made use of it, too, with an unprecedented 103.2 million people casting early ballots in the presidential election, eager to avoid long lines and crowded polling stations, or simply drop off their ballots in official collection boxes

Now, as the early voting period winds down for the 2022 midterm elections, a look at when things are slated to wrap up:

Every state offers the opportunity to cast early ballots — some by mail, some in person, some both. For places with in-person early voting, the windows in which someone can cast an early ballot vary from more than a month to just over a week.

Early voting and in-person absentee voting starts as early as nearly six weeks ahead of Election Day itself in places such as Illinois, Michigan, Minnesota, Mississippi, South Dakota, Vermont and Virginia.

In a lot of places, in-person, early voting is open right up to Election Day itself. Others, including Indiana, Missouri, Montana, Nebraska and Ohio accept voters until the day before the election.

In a number of states, voters can cast their ballots early by mail.

In Colorado, where all registered voters receive mail-in ballots automatically, most votes are cast this way, although there are some in-person voting centers. Ballots can be dropped off up until the polls close.

Michigan requires its mail-in ballots to be received by the time polls close, as do other states including Arizona, Delaware, Georgia, Hawaii, Minnesota, Montana, New Mexico, Rhode Island, Wisconsin and Wyoming.

WHEN DO EARLY VOTES GET COUNTED?

Before early mail-in votes can be counted, they have to be processed. This means that elections officials open up any paper ballots, verify signatures and sort them into correct piles.

When all of that can start varies state-to-state. Some places can get a head start, while others have to wait until Election Day itself, which can make some vote counts long and chaotic.

Some states can start processing ballots as early as three weeks before Election Day. Counting can even start ahead of poll closings, too.