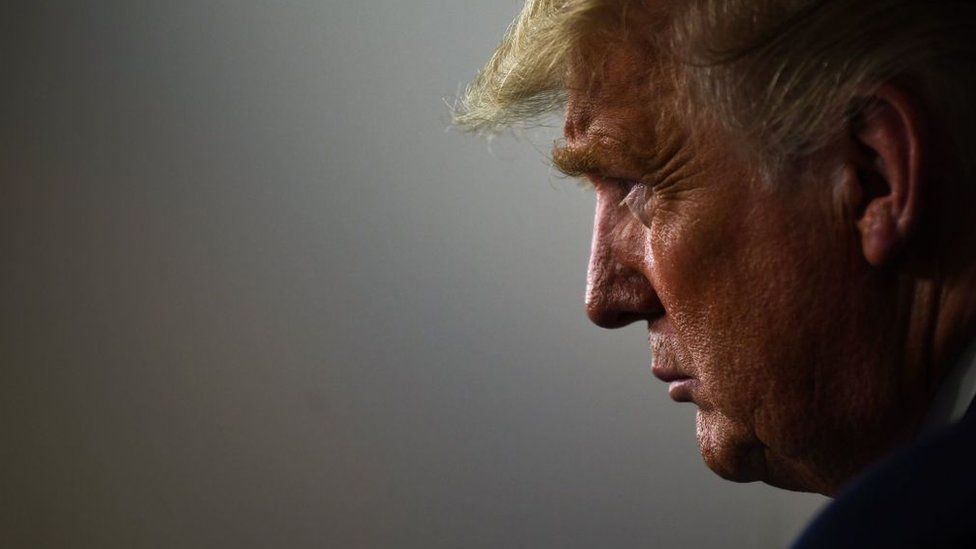 When Donald Trump's Florida home was searched by the FBI, it unleashed a political firestorm unlike anything in recent memory.

But this unprecedented story is complicated and many questions remain. So let's take a step back - here's what we know so far.

Why did the FBI search Mar-a-Lago?

In short, because the US Department of Justice suspects the former president may have committed a crime.

The search warrant, which has been made publicly available, shows FBI agents gathered evidence on 8 August as part of an investigation into whether Mr Trump improperly handled government records by taking them from the White House to Mar-a-Lago.

It's worth noting here that US presidents must transfer all of their documents and emails to a government agency called the National Archives.

Earlier this year, that agency said it had retrieved 15 boxes of papers from Mar-a-Lago which Mr Trump should have handed over when he left the White House. It said they included classified information and asked the justice department to investigate.

To obtain the search warrant, prosecutors had to persuade a judge that they had probable cause to believe a crime may have been committed. We also know that the effort to seek a search warrant was signed off by the head of the justice department - the attorney general - who is the country's top legal official.

What did the agents find?

Twenty boxes worth of material, according to an inventory released alongside the search warrant.

The FBI took 11 sets of classified files in total, including four that were labelled "top secret". Three sets were classified as "secret documents" and three were "confidential".

The cache also included files marked "TS/SCI", a designation for the country's most important secrets that if revealed publicly could cause "exceptionally grave" damage to US national security. 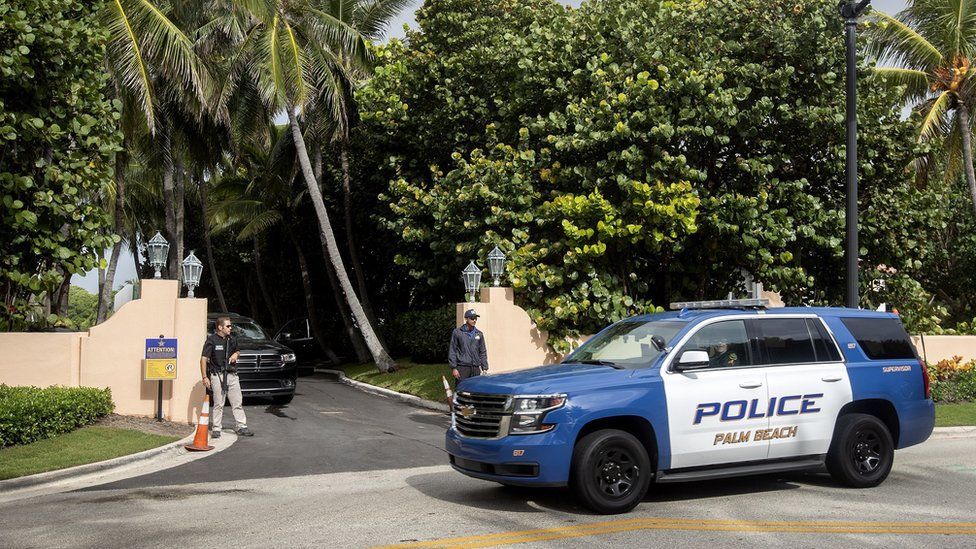 Some of these files were only meant to be kept in secure government facilities, according to court documents.

But the court records do not indicate what information these documents could contain, and there is much we do not know about the items on the inventory.

For example, other materials taken include a binder of photos, a handwritten note and unspecified information about the "President of France".

What has Trump said?

Yes - the former president has been vocal about the FBI search and has repeatedly denied wrongdoing.

He said the documents taken by the agents were "all declassified" and had been placed in "secure storage". He said he would have turned them over if the justice department had asked.

His office later issued a statement maintaining that the documents had been declassified. "The power to classify and declassify documents rests solely with the president of the United States," it read.

While Mr Trump says he declassified the documents before he left office - and his allies have insisted the president has the authority to do this - legal analysts argue it is more complicated than that.

Mr Trump's office, however, disputes that the president needs to follow an approval process. "The idea that some paper-pushing bureaucrat... needs to approve of declassification is absurd," it said.

So how does classification work?

There are three main categories of classified material - confidential, secret and top secret. These are given depending on the extent to which officials deem the public release of the material would damage national security.

When materials are classified, they are marked as such and only certain people - those who have passed the relevant level of security vetting - should be able to view them. There are also rules dictating how classified information is transported and stored.

Some senior officials do have the power to declassify documents. The president, too, has the authority to do this, but would usually delegate the task to those who have direct responsibility for the material.

It's worth noting that documents related to nuclear weapons cannot be declassified by the president, as they fall under a different law, according to a security specialist who spoke to the Washington Post.

As the BBC's US partner CBS reports, the president cannot declassify documents by simply saying so. A written memo would usually be drafted and signed by the president, before a consultation process takes place with the relevant agencies.

Once a final decision is made, the old classification level would be crossed out and the document marked as "declassified on x date".

It is unclear whether Mr Trump followed the typical process with the documents recovered from Mar-a-Lago.

Does it matter if the documents were declassified?

In a legal sense, probably not.

That's because the unsealed search warrant shows that prosecutors are investigating three potential crimes. These are:

* violations of the Espionage Act

* the criminal handling of government records

Crucially, none of the three criminal laws in question actually depend on whether or not the files were declassified.

This means it is uncertain whether Mr Trump's argument about declassification would hold up in court or even be considered relevant by a judge.

There are also elements of this story beyond declassification that could prove relevant. There are laws designed to prevent national security documents from being mishandled, for example, while the Presidential Records Act dictates that presidents risk committing a civil offence if official records are not preserved.

The former president has not been charged with wrongdoing, and it remains unclear whether charges will be brought as a result of the investigation.