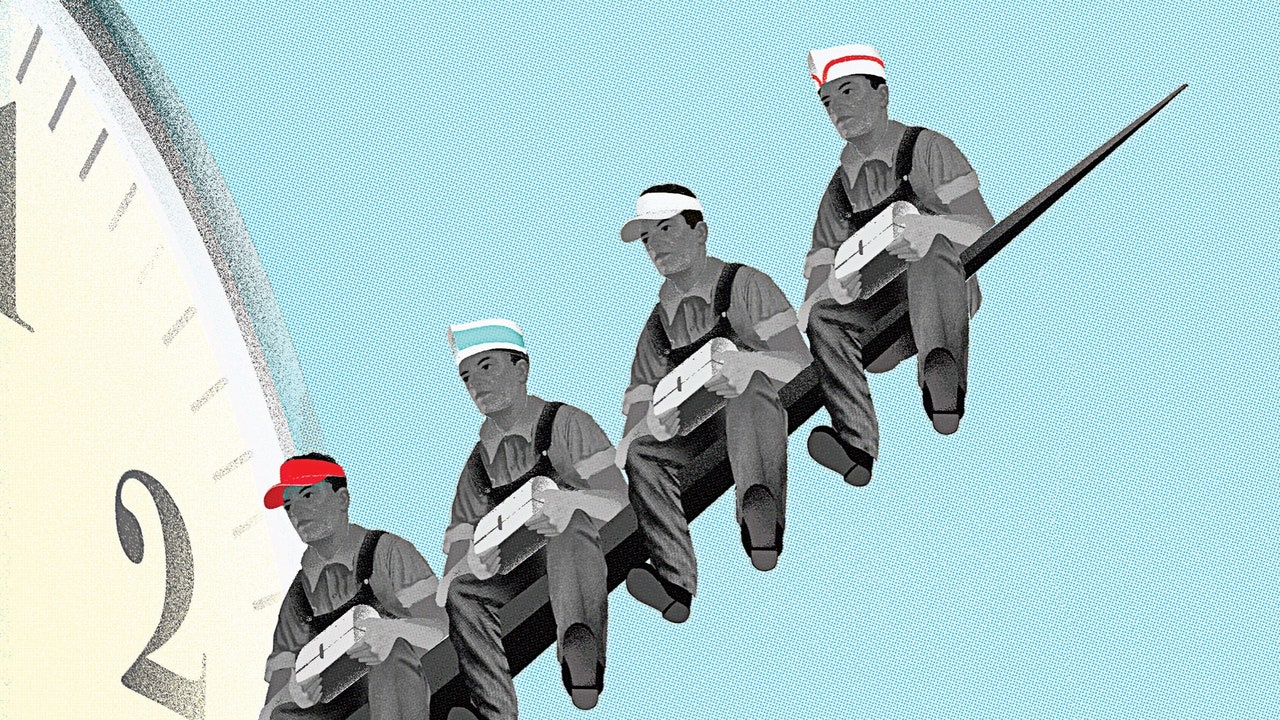 What’s Wrong with the Way We Work

People are told to give their all - time, labor, and passion - to their jobs. But do their jobs give enough back?
Maria Fernandes died at the age of thirty-two while sleeping in her car in a Wawa parking lot in New Jersey.

It was the summer of 2014, and she worked low-wage jobs at three different Dunkin’ Donuts, and slept in her Kia in between shifts, with the engine running and a container of gasoline in the back, in case she ran out.

In the locked car, still wearing her white-and-brown Dunkin’ Donuts uniform, she died from gasoline and exhaust fumes. A Rutgers professor called her “the real face of the recession.” Fernandes had been trying to sleep between shifts, but all kinds of workers were spending hours in their cars, waiting for shifts.

Within a year of Fernandes’s death, Elizabeth Warren and other Senate and House Democrats reintroduced a bill called the Schedules That Work Act; it would have required food service, retail, and warehouse companies to let employees know about changes to their schedules at least two weeks in advance and barred them from firing employees for asking for regular hours.

“A single mom should know if her hours have been cancelled before she arranges for day care and drives halfway across town,” Warren said, of the bill. “Someone who wants to go to school to try to get an education should be able to request more predictable hours without getting fired, just for asking.

And a worker who is told to wait around on call for hours, with no guarantee of actual work, should get something for his time.” The bill never had any chance of passing. It was reintroduced again in 2017 and in 2019. It has never even come up for a vote.

Americans work more hours than their counterparts in peer nations, including France and Germany, and many work more than fifty hours a week. Real wages declined for the rank and file in the nineteen-seventies, as did the percentage of Americans who belong to unions, which may be a related development.

One can argue that these post-industrial developments mark a return to a pre-industrial order. The gig economy is a form of vassalage. And even workers who don’t work for gig companies like Uber or TaskRabbit now work like gig workers. Most jobs created between 2005 and 2015 were temporary jobs.

Four in five hourly retail workers in the United States have no reliable schedule from one week to another. Instead, their schedules are often set by algorithms that aim to maximize profits for investors by reducing breaks and pauses in service—the labor equivalent of the just-in-time manufacturing system that was developed in the nineteen-seventies in Japan, a country that coined a word for “death by overwork” but whose average employee today works fewer hours than his American counterpart.

As the sociologist Jamie K. McCallum reports in “Worked Over: How Round-the-Clock Work Is Killing the American Dream” (Basic), Americans have fewer paid holidays than workers in other countries, and the United States is all but alone in having no guaranteed maternity leave and no legal right to sick leave or vacation time.

Meanwhile, we’re told to love work, and to find meaning in it, as if work were a family, or a religion, or a body of knowledge.
Add Comment