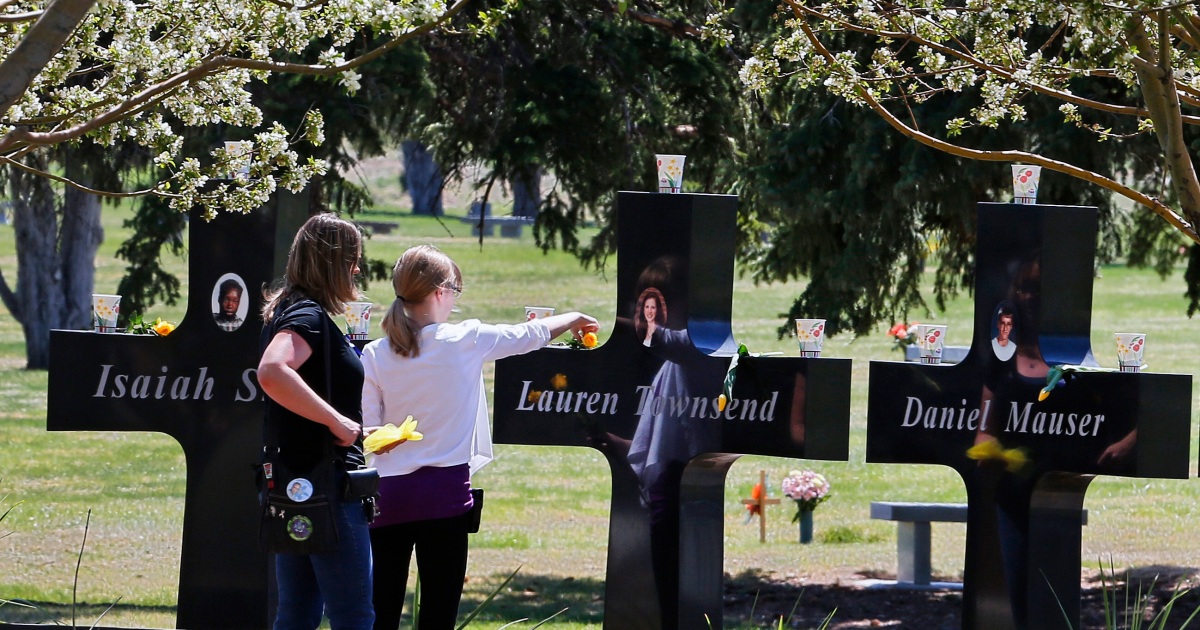 What is the United States ‘gun lobby’ and how powerful is it?

President Joe Biden has called on legislators to ‘stand up’ to the gun lobby following a massacre at a Texas primary school.

A massacre at a Texas primary school has again drawn attention to the powerful gun lobby in the United States, with Democratic officials blaming Republican legislators for remaining beholden to influential pro-gun interests that advocates say have stalled national gun reforms.

President Joe Biden, speaking hours after an 18-year-old gunman stormed the Robb Elementary School in Uvalde, Texas, fatally shooting 19 children and two teachers on Tuesday, asked: “When, in God’s name, are we going to stand up to the gun lobby?”.

Former President Barack Obama, who was in office when a gunman killed 20 children and six adults at the Sandy Hook Elementary School in Newtown, Connecticut in 2012, said the US “is paralysed, not by fear, but by a gun lobby and a political party that have shown no willingness to act in any way that might help prevent these tragedies”.

Meanwhile, Democratic Chairman of the House Intelligence Committee Adam Schiff tweeted: “Children are dying, and we could do something about it. But the GOP won’t stand up to the gun lobby”.

What is the US ‘gun lobby’?

The so-called gun lobby in the US is a broad term that encompasses efforts to influence both state and federal policy on guns, usually through supporting candidates who have pledged opposition to gun control measures.

It includes direct contributions to legislators, efforts to independently support elected officials, and campaigns to sway public opinion on issues related to firearms. Such lobbying is often carefully calibrated to navigate US election finance laws.

Several investigations have shown that major anti-gun control lobbying groups – notably the most prominent, the National Rifle Association (NRA) – have close ties with the multibillion-dollar firearms industry in the US.

The NRA and similar groups often frame themselves as civil rights defenders, pointing to the Second Amendment of the US Constitution that establishes “the right of the people to keep and bear arms”.

Meanwhile, gun control groups like the Giffords organisation, founded by former US Congresswoman and gun violence victim Gabby Giffords, accuse NRA lobbyists of solely being motivated by the goal “to sell more guns and pad the bottom line of gun lobby executives”.

Gun control advocates have long blamed the lobby’s power for the dearth of federal gun control measures passed in the US in recent years, despite a series of prominent mass shootings and a recent spike in active shooter incidents.

Texas Governor Greg Abbott and Republican Texas Senator Ted Cruz, as well as former US President Donald Trump, are set to speak later this week at a meeting in Texas hosted by the NRA’s Institute for Legislative Action, the organisation’s self-described “lobbying” arm.

How influential is the ‘gun lobby’?

It is difficult to quantify the influence of the constellation of groups that make up the gun lobby, which provide both political cache and millions of dollars in direct support to candidates across the country. The NRA, which has run into financial hardship in recent years, has long maintained a grading system for politicians and undertakes advertising campaigns in support of its interests.

Meanwhile, pro-gun groups have paid a whopping $155.1m in a 10-year span from 2010 to 2020 on so-called outside spending, according to OpenSecrets. Since 2000, the NRA has paid more than $140m in such spending, which includes all spending that supports – but is not directly coordinated with – a candidate.

Unlike direct contributions to candidates, there is no cap on outside spending for corporations and non-profits following the 2010 Citizens United v FEC Supreme Court ruling.

In 2016, the NRA reportedly spent $50m in outside spending in support of Trump and six Republican candidates for Senate.

The NRA’s overall spending jumped $100m in 2016 over the previous year with “no politician benefiting more” than Trump, OpenSecrets reported.

Trump repeatedly promised to support gun rights, in 2017 telling the NRA “I will never, ever let you down.”

Pro-gun organisations have also paid a total of $54.4m in direct campaign contributions, a category subject to restrictions on donations, from 1990 to 2020, according to OpenSecrets. The contributions in recent years have been almost entirely to Republicans.

The top recipients so far in 2022 in the US Congress were Republican Senators Rand Paul and John Kennedy, who each received over $38,000 from pro-gun groups, according to OpenSecrets. US House of Representatives Minority Whip Steve Scalise received $25,610 from pro-gun groups during that period.

In 2018, during his re-election bid, Texas Senator Cruz received $311,151 in direct contributions from pro-gun groups.

How powerful is the ‘gun control lobby’?

Efforts to legislate gun control on a federal level have made little headway in the wake of the Sandy Hook massacre in 2012, but advocates have pointed to a growing gun control movement that they say could lead to change.

That movement was “essentially nonexistent” in 2013, when efforts to expand federally required background checks for firearms sales failed in the US, Senator Chris Murphy, who represents Connecticut, told the New York Times in mid-May.

“It’s all about political power, and political muscle, and we’re in the process of building our own,” he told the newspaper.

Meanwhile, lobbying for gun control, while still dwarfed by pro-gun movements, has grown since 2013, led by groups like Giffords, the Mike Bloomberg-backed Everytown for Gun Safety, and the Sandy Hook Promise.