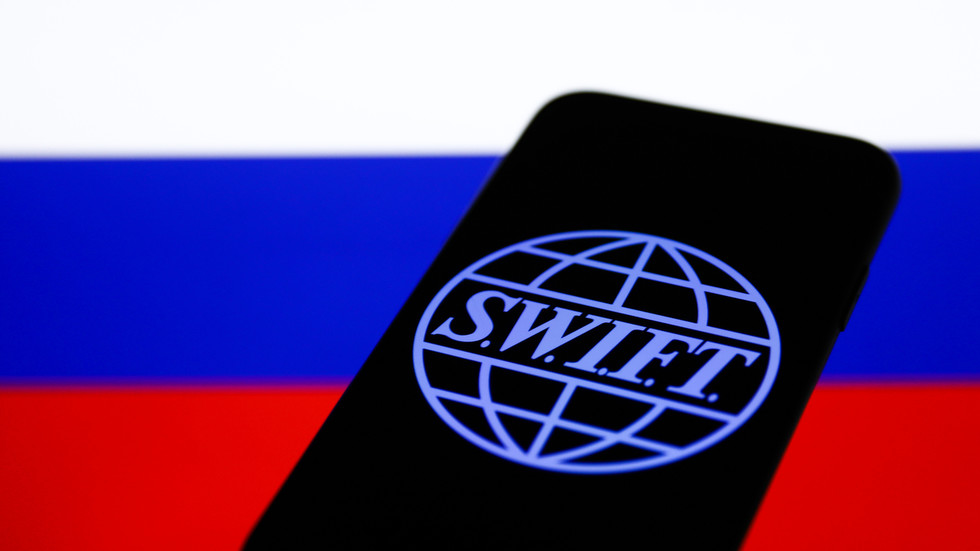 Delisting Russia from the SWIFT international payment system is not being considered by the US and EU for their sanctions package tied to an allegedly looming ‘invasion’ of Ukraine, Ukrainian Foreign Minister Dmitry Kuleba has revealed.

Abandoning plans to delist Russia from SWIFT was made under the pressure of certain EU member countries, the foreign minister revealed as he spoke with local 1+1 TV late Saturday. He did not specify which countries opposed the potential measure.

“This is the result of internal processes in the European Union, as some countries, let’s say, were not ready to give up their own interests in connection with the potential delisting [of Russia] from SWIFT,” Kuleba stated.

"But let’s be clear, if this package included SWIFT, it would be an atomic bomb. But even without SWIFT in it, this package remains a very powerful bomb of economic pressure on Russia."

The sanctions would only be implemented if Russia actually attacks Ukraine, with US National Security Advisor Jake Sullivan confirming Friday that Washington has no plans to slap them on Moscow preemptively.

Over the past few months, senior Western officials and media have repeatedly warned of an allegedly looming ‘invasion’ of Ukraine by Russia, yet no actual evidence to back up the claims has ever emerged. Moscow has consistently denied the accusations, maintaining it has no plans to attack Kiev or anybody else.

Kuleba’s remarks confirmed an earlier report by Reuters that cited unnamed EU and US officials and suggested that the sanctions package would target major Russian banks, but would not include banning Russia from the SWIFT system. The banking system handles global financial transfers and is used by more than 11,000 financial institutions in over 200 countries.

“The goal is to design sanctions that would really hit the Russians while keeping an eye on the collateral damage to those imposing them, recognizing that sanctions would clearly hit Europe harder,” one of the sources told Reuters on Friday.

The measure was opposed by European lenders, who expressed concerns that kicking Moscow off the system would mean that outstanding loans they have in Russia would not be repaid. Multiple major European banks, including UniCredit, RBI, France’s Societe Generale, and ING of the Netherlands, have significant exposure in Russia, according to research by JPMorgan, with the institutions risking to lose billions of dollars should a SWIFT ban be implemented.