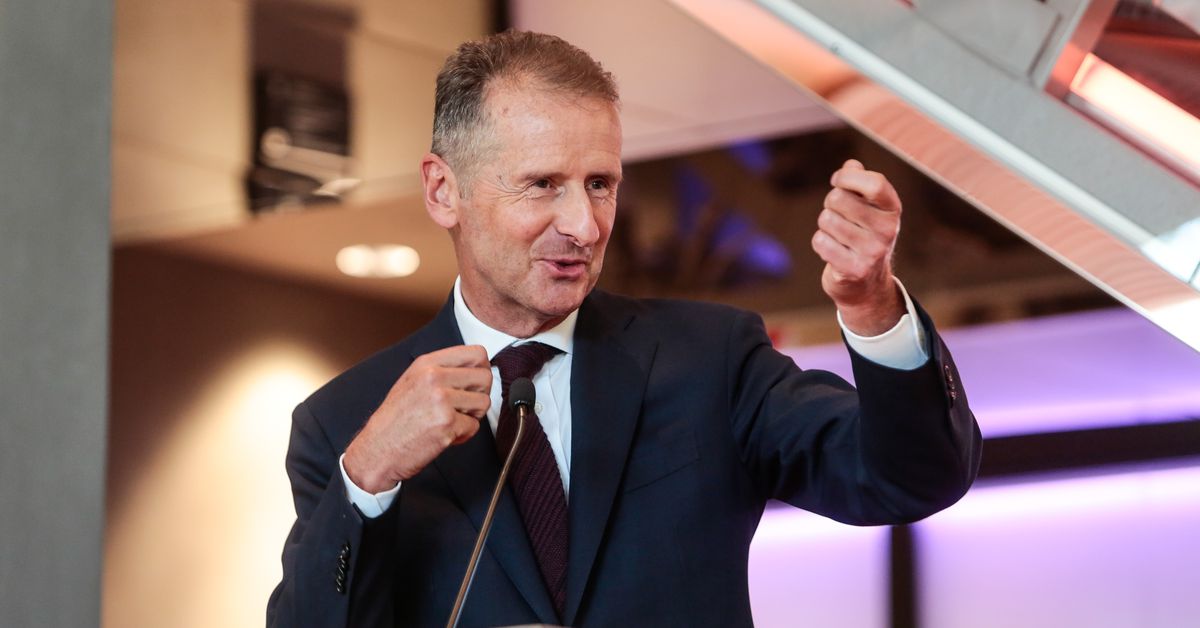 Volkswagen boss joins Twitter with a jab at Elon Musk

Herbert Diess boasts about knocking Tesla down a peg in Europe

“Hello @Twitter! I’m here to make an impact with @VWGroup, especially on political issues,” Diess wrote. “And, of course, to get some of your market shares, @elonmusk – after all, our ID.3 and e-tron have won the first markets in Europe. Looking forward to productive discussions!”

Diess — who last year settled criminal charges related to his role in the Dieselgate emissions scandal — was referencing how the first mass-market electric vehicles of its VW and Audi brands performed well in Europe (and especially in Germany) in their debut year, causing Tesla to lose market share on the continent. (To wit, while writing this, Tesla dropped prices on the Model 3 in Europe.)

Most automotive and other big-brand CEOs use Twitter in an obligatory manner. They issue stately comments on new products or initiatives but are otherwise absent from the daily churn.

It’s hard to imagine Diess — who has praised Musk in the past — doing much else beyond tweeting playful jabs like the one on Wednesday, let alone actually engaging Musk on his terms with memes and snark and stock price-moving jokes. For one thing, Diess just barely survived a major power struggle that played out inside the Volkswagen Group. While he remains the top boss, he was stripped of his title of CEO of the VW brand in large part because of the major software problems the ID 3 has had during its rollout.

Stranger things have happened, but the idea that Diess — who apparently once made his executives attend a “syntegration workshop” — would break edgelord seems unlikely. Musk, meanwhile, has spent nearly two years possibly violating a court order that says he’s supposed to have tweets about Tesla pre-screened by a lawyer.

To Musk’s credit, he also spends a lot of his time on Twitter responding to customers who have suggestions or complaints about Tesla’s products. In fact, this has become such a critical pipeline that Tesla’s energy division has spent the last few months hiring customer service specialists who now help field those requests. If Diess learns any lessons about how to use Twitter from Musk, that may be a good place to start given the state of the ID 3.