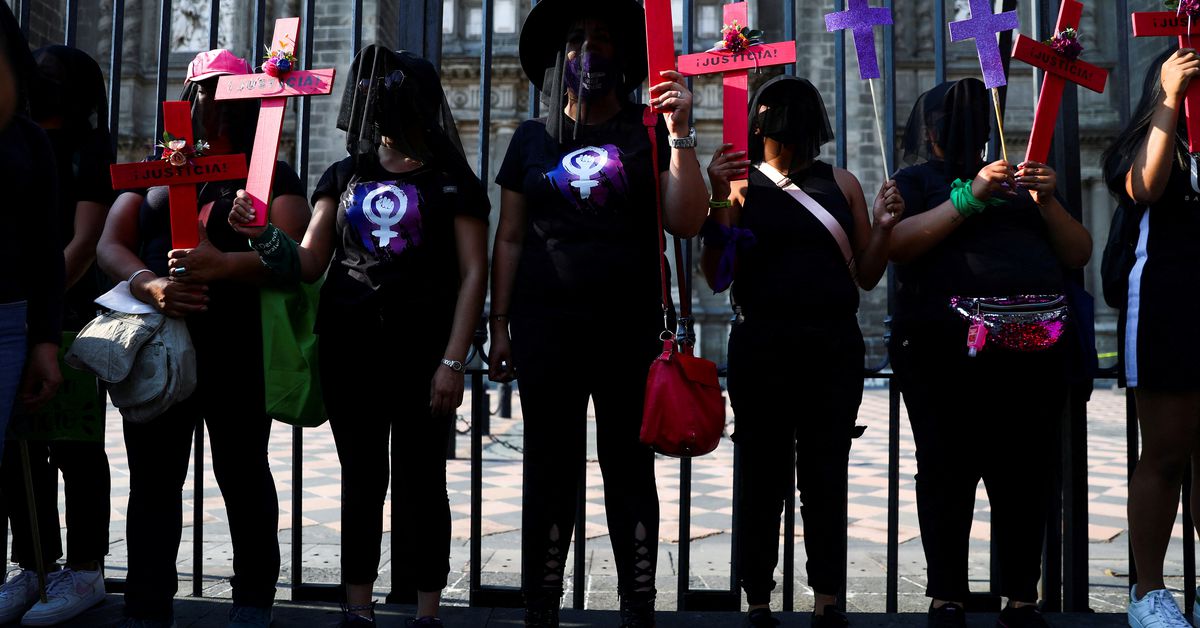 Violence against women in Mexico rises to over 70%, study finds

Violence against women and girls in Mexico has increased over the last five years, the statistics office said in a survey that found seven in 10 of them reported experiencing some form of violence.

"Violence against women continues to be a challenge in the country and constitutes a public health problem," the president of the national statistics agency INEGI, Graciela Marquez, told a news conference on Tuesday.

Mexico's soaring rate of femicide - the killing of women and girls because of their gender - has sparked waves of protests. On average, some 10 women are killed every day and tens of thousands are missing.

INEGI estimated that more than 70% of 50.5 million women and girls aged over 15 have experienced some kind of violence, up four percentage points from the last time it ran the survey in 2016.

Reports of sexual violence increased the most, up eight percentage points to reach half of all women surveyed; 23% of whom said they had experienced this in the last 12 months.

Nearly 35% reported being a victim of physical aggression during their lives, up from 34% in 2016, while 52% said they had experienced psychological abuse, up from 49%.

The vast majority of women who experienced physical or sexual violence did not formally report their attacker or seek help from a public institution, according to INEGI.

Only in terms of "economic" violence, which includes workplace discrimination and withholding of personal property, did the study see improvement, down from 29% to 27% in the latest study.

Younger, single women living in cities and with higher levels of education were more likely to report being victims of violence.

Only in the southern state of Chiapas did less than half of women surveyed (49%) report experiencing some kind of violence, while Mexico City and the surrounding State of Mexico had the highest prevalence, averaging 77% of women there. 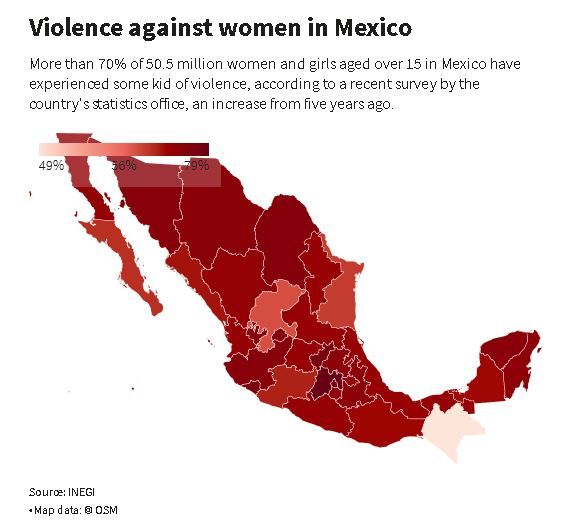