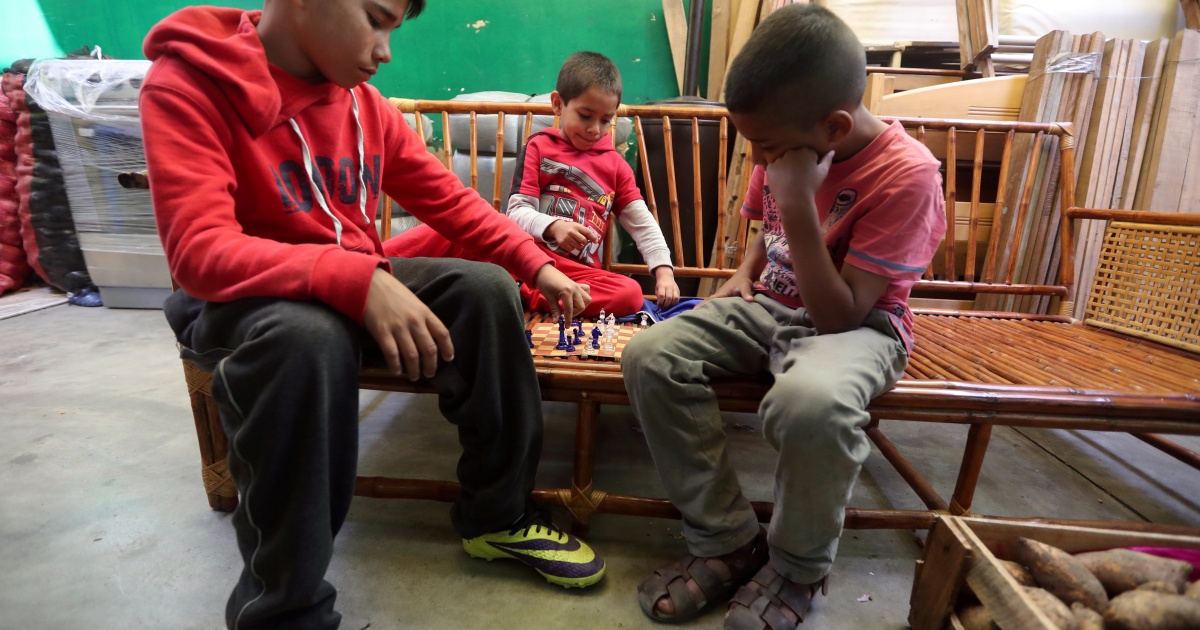 Families say their children are being turned away from schools in Peru and Colombia, often because of discrimination.

When Eliana Caman boarded a bus from Venezuela to Peru with her two children two years ago, she knew the journey ahead would be arduous. She did not count on the less obvious obstacles she would face en route to a better life.

“My children lost a year of their education because the school [in Peru] wouldn’t accept them,” she told Al Jazeera.

The administrators required proof of their education in Venezuela, which she did not have. A private school was prepared to help her out by issuing an identification code, but it would cost 600 Peruvian soles ($157) per child – an impossible sum for their family. Undeterred, she drew up a list of all the public schools in Lima, calling them one by one.

“We don’t accept Venezuelans. That’s what they would say to me. So I got tired,” Caman said. “The children stayed at home, bored, not doing anything, in the middle of the pandemic. Like I said, we were migrants; we didn’t have anything.”

Amid an enormous wave of migration across Latin America, aid agencies are sounding the alarm about the barriers that persist for migrant children to access something that should be universally guaranteed: an education.

In Peru, a recent study conducted for Save the Children found that one in four Venezuelan migrant children in Lima and La Libertad, the most populous parts of Peru, were not enrolled in school. In Colombia, research by a Bogota think-tank found that adolescents whose status was “irregular” were being turned away from school.

“We have a serious problem of access,” Nelly Claux, the director of the impact and quality programme at Save the Children Peru, told Al Jazeera.

The COVID-19 pandemic has made things much worse. Latin America and the Caribbean were hit hardest by school closures during the global shutdown, with 60 percent of children who lost an entire year of schooling during the pandemic living in this region, according to the UN children’s agency, UNICEF.

In Peru, schools were closed for two full years, and not everyone could join online learning because of the lack of internet access. Peru’s economy also took such a beating that some 300,000 more children moved from private schools to public schools, creating a dearth of student spaces, Claux said.

“Many families say there aren’t spots, and it’s because the director says that there isn’t any, and often that is because of discrimination,” she said. “They are Venezuelans, and we really should be helping Peruvians, [they say] – so they discriminate against them, and they exclude them.”

The survey conducted for Save the Children found that some 27 percent of migrant children were not in school, with reasons ranging from a lack of required documentation to missing proof of their education level in Venezuela, to arriving after the registration date. Nearly 10 percent said they faced discrimination by a school director at the time of enrolment. The findings were based on more than 800 surveys of families in Lima and La Libertad.

The Peruvian government has made efforts to address the issue by creating more opportunities to enrol and relaxing the rules around the documentation required, such as the certificates proving children’s grade levels. “And yet, there are cases still being reported in which these certificates are required due to the lack of knowledge about this regulation by personnel involved in the enrolment process,” the report noted.

Al Jazeera reached out to Peru’s Ministry of Education for comment but did not receive a response.

In Colombia, the government has been widely praised for a sweeping decree that allows Venezuelan migrants to obtain legal status.

But as the largest regional receiver of Venezuelan migrants and refugees – nearly two million over the past several years, according to the government – the speed of their arrival has made it difficult for Colombian institutions to keep pace with their needs, according to a report from Dejusticia, a non-profit research centre based in Bogota.

The report highlighted a number of positive measures taken by the Colombian government to make it easier for migrants to enrol in school – but the effect has been limited because schools lack space and the necessary resources. According to Colombian authorities, nearly 500,000 Venezuelan students are registered in Colombian schools.

As in Peru, documentation is creating additional barriers: Adolescents from migrant families in grades 10 and 11 were not being admitted to school because of a lack of documentation needed to graduate, the report noted. Compounding the problem, young people out of school are often at the mercy of criminal gangs that exploit them.

But gaining access to schools is just one facet of the challenges facing Venezuelan migrant children who are seeking an education in Colombia.

“In 2022, the issue of access is not the main problem,” Maria Clara Robayo, a researcher with the Venezuelan Observatory at Colombia’s Rosario University, told Al Jazeera.

She reeled off a range of issues for migrant children in the country, from itinerant lives as their families move from one city to the next in search of work, to a lack of money for school uniforms, to a deficit in education stemming from Venezuela’s broken system.

As a consequence, you might see a 12-year-old in the third grade, where everyone else is eight, Robaya said. “It can lead to bullying. The child is not just older and bigger, but he or she speaks differently and has other customs,” she said. “It all makes it more difficult for them to be able to integrate.”

In addition, the lack of spots for students pushes families to search further afield for a school that will accept their child. Often, it is the mother who has to dedicate chunks of her day to transportation, “and that ends up affecting the ability of the mother to work”, Robayo said.

Caman was eventually able to enrol her 14-year-old son and 15-year-old daughter in Lima, but in different schools – and they are now a year behind. “I didn’t think there would be so many obstacles for them to study,” she said.

“They say that we’re Venezuelans and we’re here to take away from Peruvians, but that’s not how it is,” she added. “Unfortunately, our country is in crisis, and we can’t give our children a better quality of life over there. That’s why we’re here.”