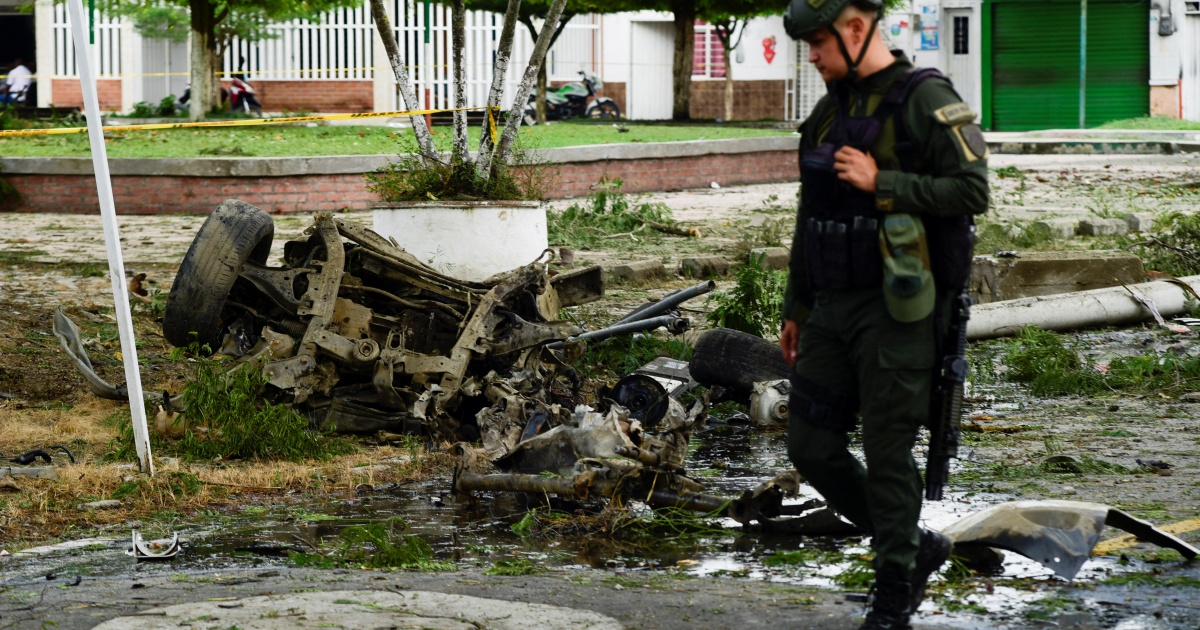 Human Rights Watch (HRW) has accused Venezuelan soldiers of conducting joint operations with Colombian rebels in Venezuela’s Apure state earlier this year, amid a “dramatic increase” in violence along a remote and often lawless stretch of the Colombia-Venezuela border.

In a report published on Monday, the advocacy group said that in January a truce ended between the National Liberation Army (ELN) and another rebel organisation known as the Joint Eastern Command.

That led to clashes, abductions and assassinations of civilians that forced more than 3,300 people to flee their homes in Apure, as well as the displacement of more than 3,800 others in the Colombian province of Arauca, just across the border from Venezuela.

HRW said it visited Arauca in February and spoke to humanitarian workers and refugees from Apure, who said that they witnessed how members of Venezuela’s National Guard entered villages with the ELN rebels and took people away in trucks.

Witnesses told the group that those who were snatched from their homes were accused of collaborating with the Joint Eastern Command, which is led by Revolutionary Armed Forces of Colombia (FARC) dissidents who refused to sign a 2016 peace deal with Bogota.

“The soldiers arrived with the ELN, I thought they were going to kill all of us,” one witness told HRW. “They [the soldiers and ELN fighters] called some people by name, went to their homes, and took them after tying them up.”

The Venezuelan Information Ministry did not immediately respond to a request for comment from the Reuters news agency.

“Armed groups are committing brutal abuses against civilians in the Colombia-Venezuela border area, in some cases with the complicity of Venezuelan security force members, while Colombian authorities haven’t done enough to respond,” she said in a statement accompanying the report.

“Colombian authorities should urgently ramp up their efforts to protect the population and assist displaced people,” Taraciuk Broner added.

The report comes as Colombia remains deeply polarised in the lead-up to presidential elections – and as relations between Colombia and Venezuela remain strained amid the surge in violence along the border.

In February, Colombia’s defence minister said that the Venezuelan army had formed an alliance with the ELN to remove the Joint Eastern Command from the area because they were “stealing drug routes from them”. 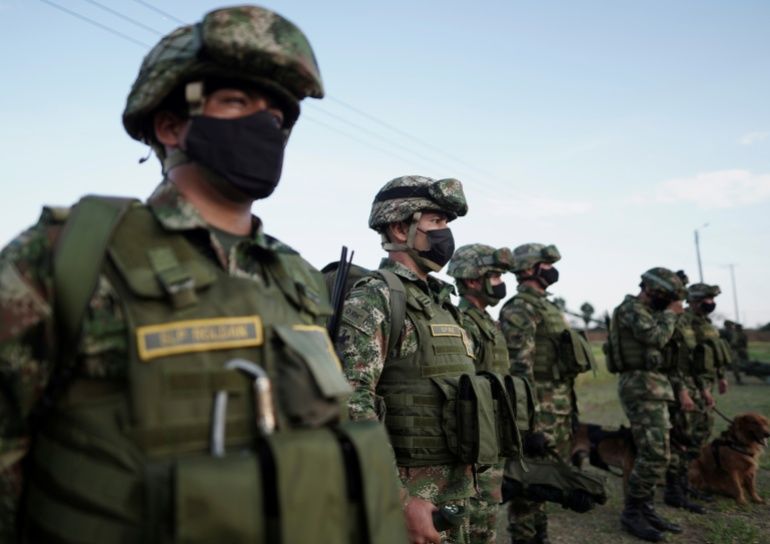 Colombia’s President Ivan Duque has increased troop presence in Arauca amid the increased violence, but HRW says the effort has fallen short

For its part, Venezuela’s government has denied accusations that it was collaborating with the ELN and said it was fighting rebel groups from Colombia who were trying to destabilise its government.

Venezuela says it is trying to remove all drug trafficking groups from Apure – but HRW also said that recent military operations there have been directed solely against the Joint Eastern Command.

In its report on Monday, HRW also said that at least 103 people were killed in Arauca in the first two months of this year amid violence between the armed groups – the highest death toll in the region for January and February since at least 2010.

HRW said that the ELN and dissidents have committed murders, forced the recruitment of children and caused mass displacement.

In March of last year, more than 5,000 people fled from Venezuela’s Apure state into Colombia as fighting intensified between the Venezuelan army and rebel groups.