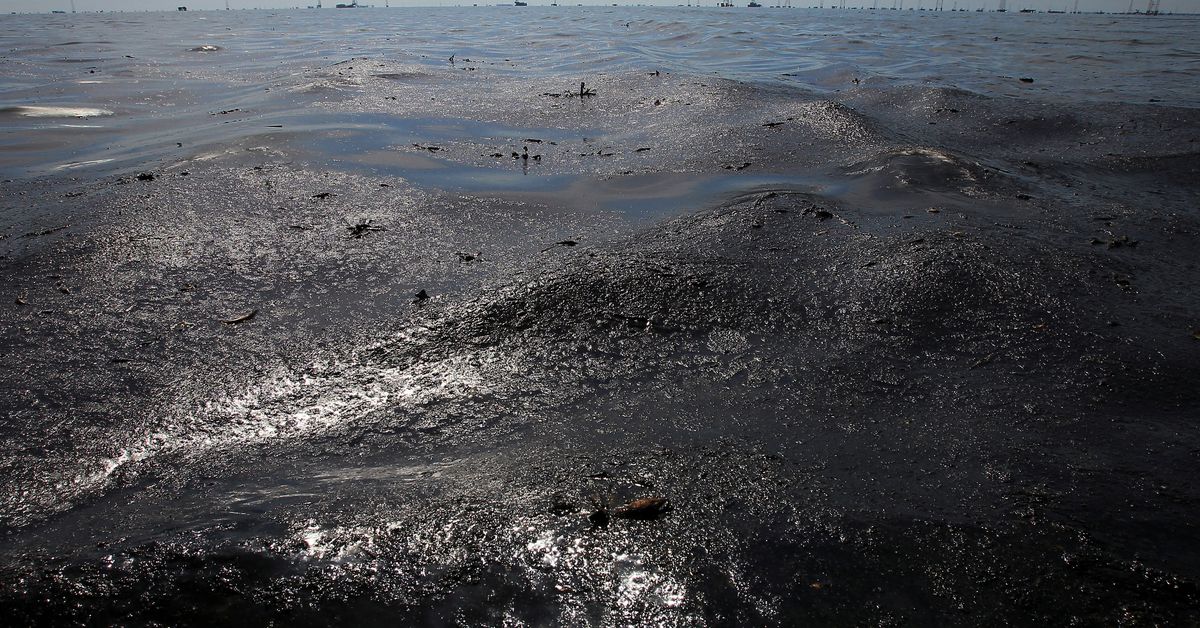 Venezuelan authorities "frequently" bill Colombian oil companies over contamination caused by crude leaking from a pipeline that runs adjacent to the border shared by the two countries, a German non-profit organization said in a report this week.
Colombia's oil pipelines, which are managed by Cenit, a subsidiary of majority state-owned oil company Ecopetrol (ECO.CN), are plagued by criminal gangs that steal thousands of barrels of crude per day to make pategrillo, a rudimentary gasoline used for making cocaine.

Illicit valves installed on the Cano Limon-Covenas pipeline to siphon crude fall off easily when oil is pumped along the infrastructure, the report from foundation Friedrich-Ebert-Stiftung said, leading to spills that pollute rivers which flow into Lake Maracaibo, in Venezuela.

Reuters could not independently verify invoices were sent or paid. Ecopetrol did not immediately respond to requests for comment. The Ministry of Mines and Energy declined to comment.

Cenit did not comment on whether it had received invoices from Venezuelan authorities, or paid them, but insisted it operated to the highest standards.

"Affectations including illicit valves for stealing hydrocarbons are caused by third parties," the company told Reuters in a statement.

Venezuela's oil ministry and communications ministry did not respond to questions. Neither did state-owned oil company PDVSA.

Frosty relations between Colombia and Venezuela hinder authorities' abilities to clean up damage caused by oil spills, Bram Ebus, a Dutch criminologist and one of the report's authors told Reuters.

"From an ecological point of view, the reinstatement of diplomatic relations is crucial," he said, raising hope that leftist Colombian president-elect Gustavo Petro may be more willing to discuss such issues than the current government.

Theft from Colombia's oil pipeline hit at least a six-year high in the first half of 2021, a Reuters investigation found, as criminal groups looked to replace dwindling supplies of smuggled Venezuelan gasoline for use in the drug trade.
Add Comment