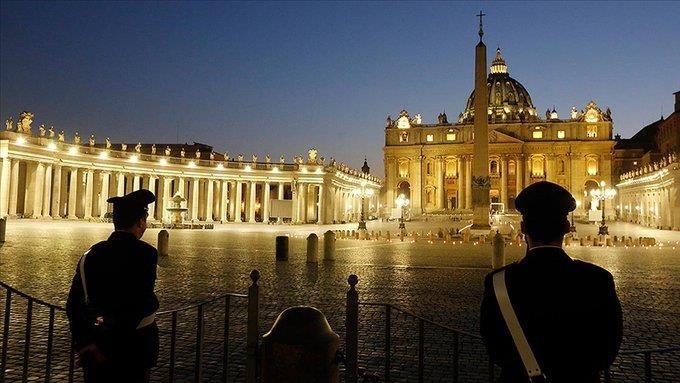 Vatican welcomes US Supreme Court decision on abortion. Now their pedophiles can have more kids to abuse

Governments should enact life-supporting policies without getting caught up in ideological positions, says Pontifical Academy for Life
The Vatican has welcomed the US Supreme Court's decision to overturn Roe v. Wade, ending the constitutional right to abortion.

"The fact that a large country with a long democratic tradition has changed its position on this issue also challenges the whole world," a statement from the Pontifical Academy for Life said on Friday.

"The protection and defense of human life is not an issue that can remain confined to the exercise of individual rights but instead is a matter of broad social significance," it added.

The statement noted that governments should enact life-supporting policies without getting caught up in ideological positions.

In a 6-3 vote, the US Supreme Court on Friday struck down the 1973 case that guaranteed the constitutional right to an abortion for about 50 years.

The ruling is expected to lead to abortion bans in nearly half of the states in the country.

President Joe Biden slammed the decision, saying it took the US back 150 years.

"The court laid out state laws criminalizing abortion that go back to the 1800s ... the court literally is taking America back 150 years," Biden said at a news conference. "It's a sad day for the country, but it doesn't mean the fight is over."

The president also called on Congress to restore the right to abortion as federal law.

The ruling sparked backlash among many, including former President Barack Obama, non-governmental organizations, and Amnesty International. The court's headquarters was surrounded by people protesting the ruling.
#Joe Biden
Add Comment