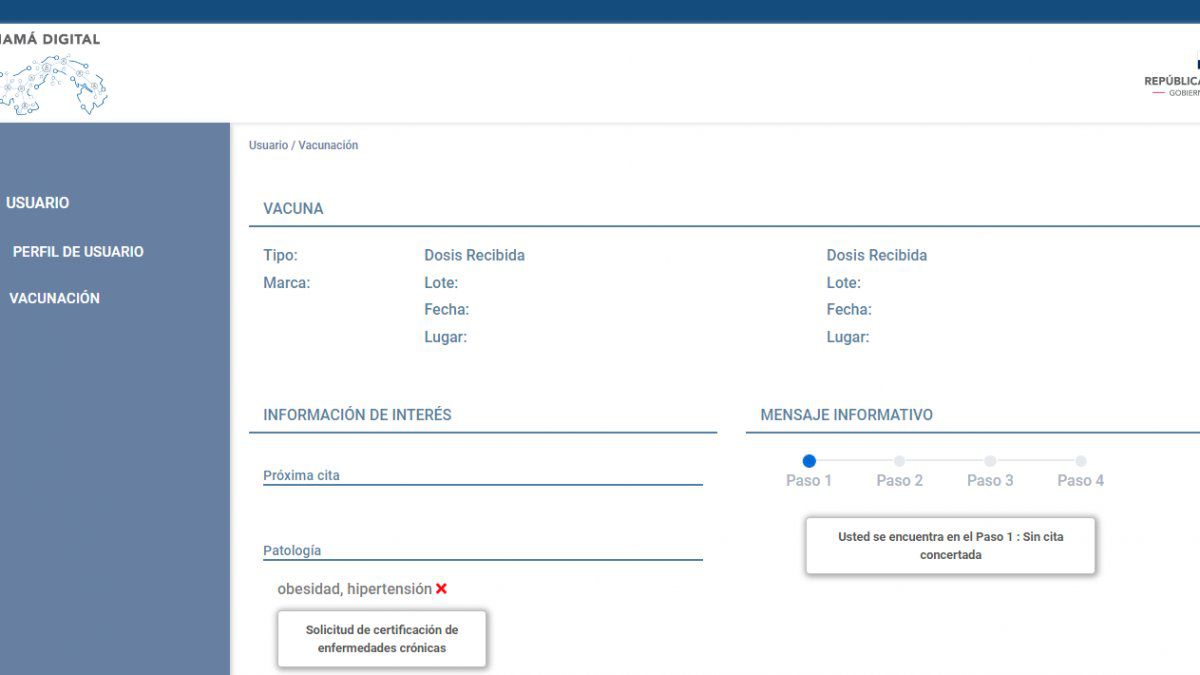 Users reported that when entering the Panama Digital portal there were different inconsistencies in relation to their vaccination process.

The vaccination section of the Panama Digital portal, www.panamadigital.gob.pa, is undergoing maintenance, as reported on Monday by the Authority for Government Innovation (AIG).

AIG points out that this maintenance will take place until 5:00 pm, with the aim of providing a better service through the database.

It is worth mentioning that users reported different inconsistencies in the Panama Digital portal, such as that the information on the vaccination process was no longer on the website, when it had previously appeared.

Some citizens who have already completed their vaccination schedule reported that initially the QR code would appear in green, however, upon entering today it appeared in yellow.

Others pointed out that despite having already administered the two doses of the anticovid vaccine, it appeared to them that they only had one, even the information about the pharmaceutical company was wrong.