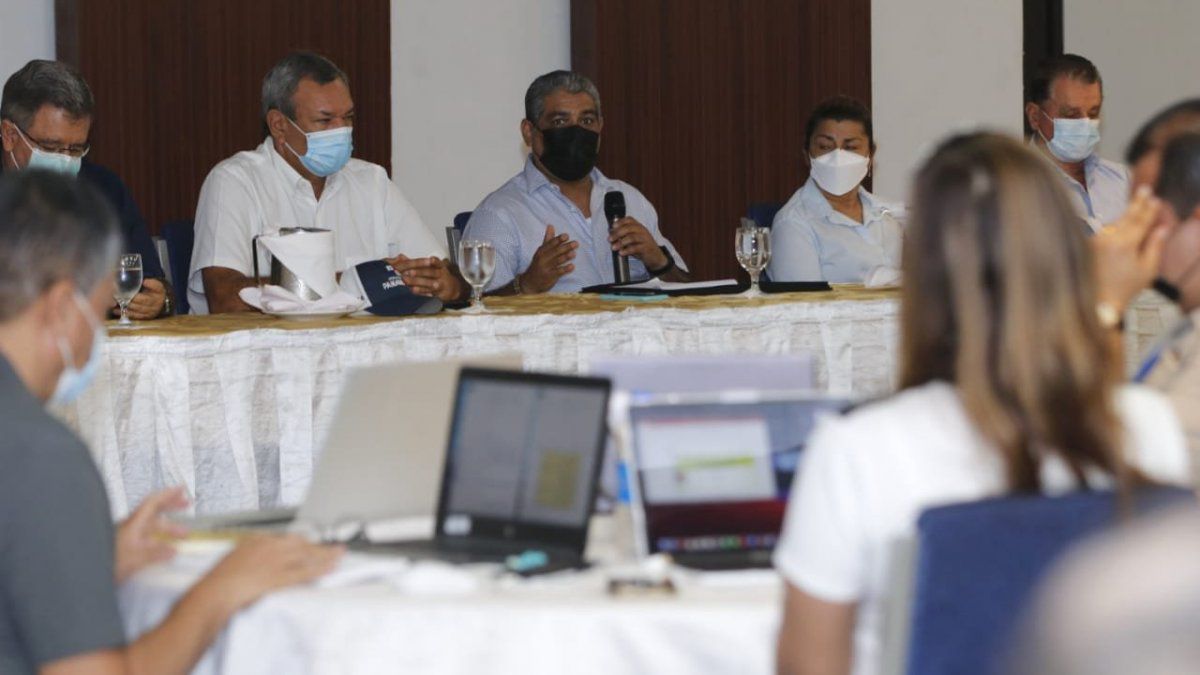 The Minister of Health announced that on May 19 it will begin applying the doses of AstraZeneca in the express car installed in Santiago Mall, in Veraguas.
Next Wednesday, May 19, the vaccination against COVID-19 will begin in the province of Veraguas. This was announced by the Minister of Health, Luis Francisco, during a meeting he held with mayors and members of the Chamber of Commerce, Industries and Agriculture of Panama (Cciap) of the province.

As detailed, on May 19 will begin applying the doses of AstraZeneca in the express car installed in Santiago Mall; and announced the probability of starting on May 20 with the application of Pfizer vaccines to people over 60 years old in the 9-1 circuit.

Both in Veraguas and Chiriquí, the curfew was extended from 8:00 p.m. to 4:00 a.m. and quarantine Sundays were imposed due to the increase in COVID-19 cases, which generated discontent among the population, mayors and businessmen of the province.

During this meeting Sucre indicated that the only intention of these measures, which will be maintained, is to slow down the speed of COVID-19 contagion in Veraguas so that the province's health system does not lose control.

"The measures are not for trade ... some of the sectors forget that we are in a pandemic, they are not all, the vast majority do it well, but that little damages them. The measures are aimed at the population outside , which is not in the trade but that they are in stalls, that they are making fistas and parking, and they do not comply with any type of measure, but unfortunately, in a collateral way they are harmed, "he said.

Minister Sucre said that they will analyze relaxing the curfew from 10:00 pm to 4:00 pm to allow restaurants and businesses to close later. Likewise, the possibility of lifting the measures in the districts with low numbers will be studied. This decision would be announced next Tuesday.

For his part, Sucre asked "not to take into account the countries that today are a lot but Panama.
#AstraZeneca  #Vaccines  #COVID-19  #Pfizer  #Covid  #Cciap  #Sucre

Oh ya 2 year ago
39 countries and counting have banned the AstraZeneca product and panama is still giving it. You just cant make this stuff up
View all comments (1)Add comment