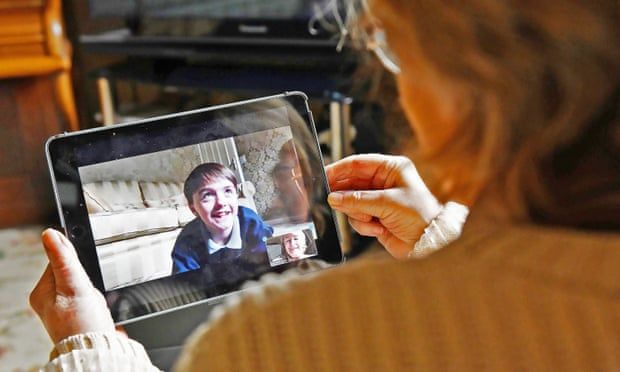 Defiant in the face of Covid isolation, older people across the country ventured online, often for the first time, and mastered technology: reading bedtime stories to grandchildren over Zoom and holding book clubs on Microsoft Teams.

Now a UK study has shown that their determination to access and enjoy the internet’s social possibilities could have had another advantage: protecting them against dementia.

Researchers have found that older people who frequently use online communication alongside traditional social interactions in person or over the phone showed less of a decline in episodic memory – the ability to recollect meaningful events, the impairment of which is a sign of major forms of dementia.

The study by the University of West London’s Geller Institute of Ageing and Memory, and the University of Manchester, entitled Social Contact and 15-year Episodic Memory Trajectories in Older Adults With and Without Hearing Loss, looked at regular communication habits of 11,418 men and women aged between 50 and 90 years old.

Examining the impact over 15 years, the study, published in the Journals of Gerontology, found that people using only traditional communications such as face-to-face meetings and telephone communications experienced steeper memory decline than participants who enriched their social activity online. 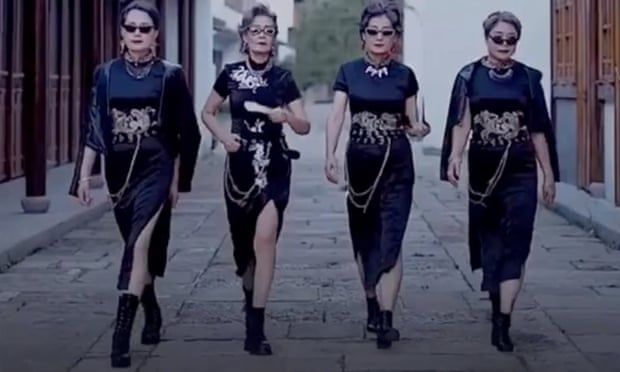 Glamma Beijing, four amateur model grandmothers, have more than 1 million followers on the Chinese video-sharing platform Douyin. On TikTok, over 488,000 people follow them as @fashion_grannies.

And the more diverse the communication methods overall, the greater the benefit to cognitive function over time – particularly among those with hearing loss, where even greater impact was observed.

The study was led by Snorri Rafnsson, an associate professor of ageing and dementia care at the Geller Institute.

“This shows for the first time the impact of diverse, frequent and meaningful interactions on long-term memory, and specifically, how supplementing more traditional methods with online social activity may achieve that among older adults,” he said.

“There are combined factors here, as learning to use and engage with online social technology can offer direct cognitive simulation to keep memory function active. In addition, communicating through diverse channels can facilitate social support exchanges and interactions, which in turn benefit our brains.

“It is fair to say that all the Zooming that went on during lockdown might well have provided older people with a protective cushion against dementia,” he said. “I’m sure it did have a beneficial impact on older people.”

In a call to senior TikTok and older Instagram users everywhere, Rafnsson emphasised that the more diverse the means of technology embraced by older people, the more protective the experience became. “The more platforms they can master, the better,” he said.

The pandemic has been the catalyst for a step-change in digital skills for older people. Ofcom’s adults’ media literacy tracker 2020-21 found that older people with limited digital skills had embraced new technology during lockdown, with 77% of those aged 65-plus using the internet at home, 55% using a smartphone and 59% having a social media profile.

The study also found that older internet users aged 65-plus were just as likely as the average internet user to use a tablet to go online, with 91% having a Facebook profile.

Caroline Abrahams, the charity director at Age UK, said: “Given the reliance on Zoom and the like at present, it’s good to hear that virtual communication can help people with dementia as much as the face-to-face form.”