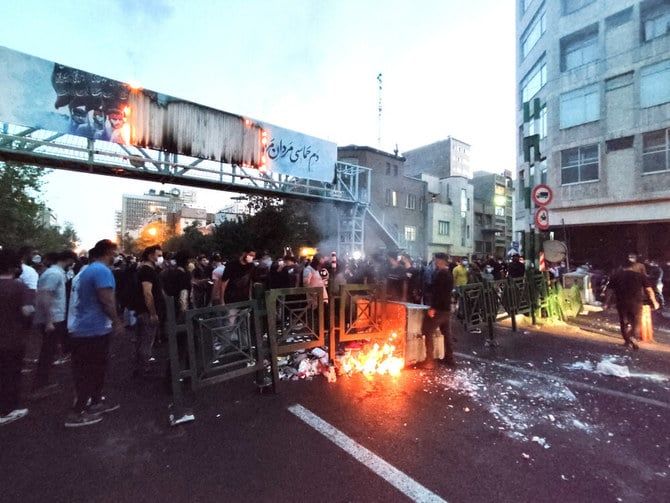 The United States will try to remove Iran from the 45-member UN Commission on the Status of Women (CSW) over the government’s denial of women’s rights and brutal crackdown on protests, US Vice President Kamala Harris said on Wednesday.

Iran has just started a four-year term on the commission, which meets annually every March and aims to promote gender equality and the empowerment of women.

“The United States believes that no nation that systematically abuses the rights of women and girls should play a role in any international or United Nations body charged with protecting these very same rights,” Harris said in a statement.

Iran has been gripped by protests since the death of 22-year-old Kurdish woman Mahsa Amini in police custody last month. The unrest has turned into a popular revolt by Iranians from all layers of society, posing one of the boldest challenges to the clerical leadership since the 1979 revolution.

Iran has blamed its foreign enemies and their agents for the unrest.

“Iran has demonstrated through its denial of women’s rights and brutal crackdown on its own people that it is unfit to serve on this Commission,” Harris said.

The United States and Albania will hold an informal UN Security Council meeting on Wednesday, putting a spotlight on protests in Iran sparked by the death of a young woman in police custody. The meeting aims to look for ways to promote credible, independent investigations into Iranian human rights abuses.

Iran has accused the United States and it allies of abusing their UN platform “to further their political agenda” and urged countries not to attend the meeting.

“The US has no true and genuine concern about the human rights situation in Iran or elsewhere,” Iran’s UN Ambassador Amir Saeid Iravani wrote in the letter to UN member states.

Iran’s mission to the United Nations did not immediately respond to a request for comment on the US bid to oust it from the CSW.

Members of the CSW are elected by the 54-member UN Economic and Social Council (ECOSOC), which promotes international cooperation on economic, social, cultural, educational, health and related issues. Russia and the United States are both ECOSOC members.