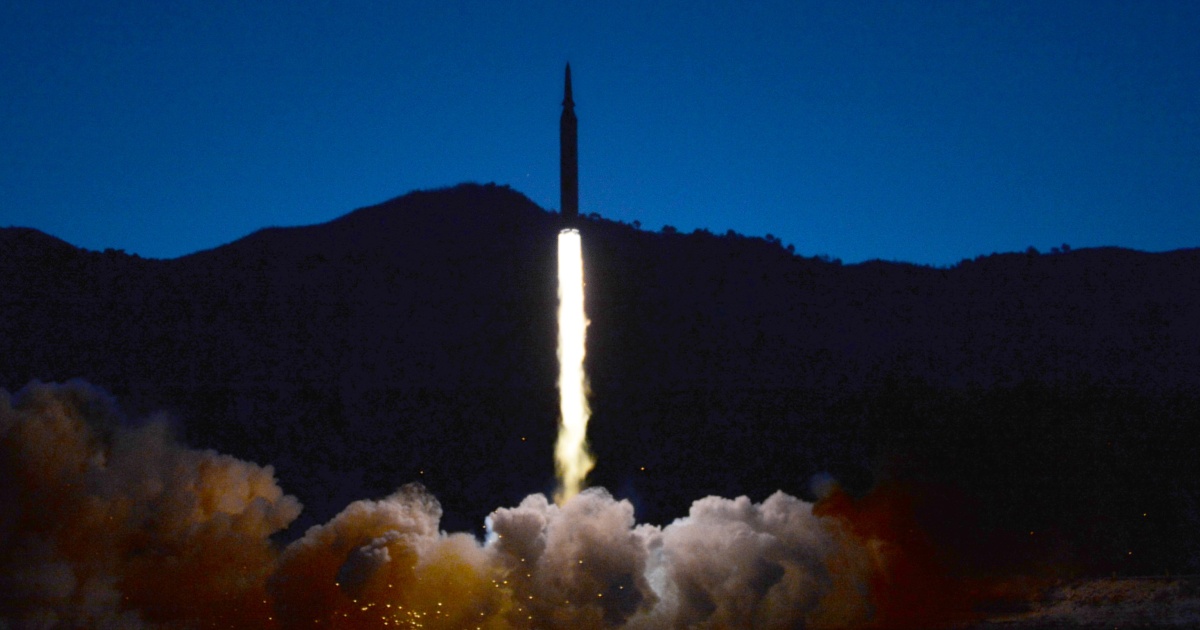 US, UK, Australia to cooperate on hypersonic weapons under pact

Members of the AUKUS defence alliance agree to cooperate on hypersonic weapons and electronic warfare capabilities.

AAustralia, the United Kingdom and the United States – a grouping known as AUKUS – have agreed to cooperate on hypersonic weapons and electronic warfare capabilities, the leaders of the three countries have said.

The three countries set up the the AUKUS defence alliance in September last year, including the sharing of nuclear-powered submarine technology, in an agreement that sparked anger in China.

In a joint statement on Tuesday, the AUKUS leaders – British Prime Minister Boris Johnson, US President Joe Biden and Australian Prime Minister Scott Morrison – said they were pleased with the progress of the programme for the conventionally armed submarines for Australia, and the allies would co-operate in other areas too.

“We … committed today to commence new trilateral cooperation on hypersonics and counter-hypersonics, and electronic warfare capabilities, as well as to expand information sharing and to deepen cooperation on defence innovation,” they said.

“These initiatives will add to our existing efforts to deepen cooperation on cyber capabilities, artificial intelligence, quantum technologies, and additional undersea capabilities.

“As our work progresses on these and other critical defense and security capabilities, we will seek opportunities to engage allies and close partners.”

The US and Australia already have a hypersonic weapon programme called SCIFiRE, and UK officials said that though Britain would not join that programme at this point, the three countries would work together on research and development in the area to increase their options.

The US is investing in the research and development of hypersonic missiles, which travel at five times the speed of sound, as Russia’s February invasion of Ukraine has intensified concerns about European security.

“In light of Russia’s unprovoked, unjustified, and unlawful invasion of Ukraine, we reiterated our unwavering commitment to an international system that respects human rights, the rule of law, and the peaceful resolution of disputes free from coercion,” the leaders said, adding they also reaffirmed their commitment to a “free and open Indo-Pacific”.

When asked about the agreement, China’s UN Ambassador Zhang Jun warned against measures that could fuel a crisis like the Ukraine conflict in other parts of the world.

“Anyone who does not want to see the Ukrainian crisis should refrain from doing things which may lead the other parts of the world into a crisis like this,” Zhang told reporters.

“As the Chinese saying goes: If you do not like it, do not impose it against the others.”

While ballistic missiles fly high into space in an arc to reach their target, a hypersonic weapon flies on a trajectory low in the atmosphere, potentially reaching a target more quickly.

Crucially, a hypersonic missile is manoeuvrable – like the much slower, often subsonic cruise missile – making it much harder to track and defend against.

Russia is seen as the most advanced nation in this field, while China is also aggressively developing the technology, according to the US Congressional Research Service (CRS).

France, Germany, Australia, India and Japan have been working on hypersonics, and Iran, Israel and South Korea have conducted basic research on the technology, the CRS has said previously.

The AUKUS announcement last year also led to a spat with France, after Australia cancelled a contract to buy conventional French submarines.