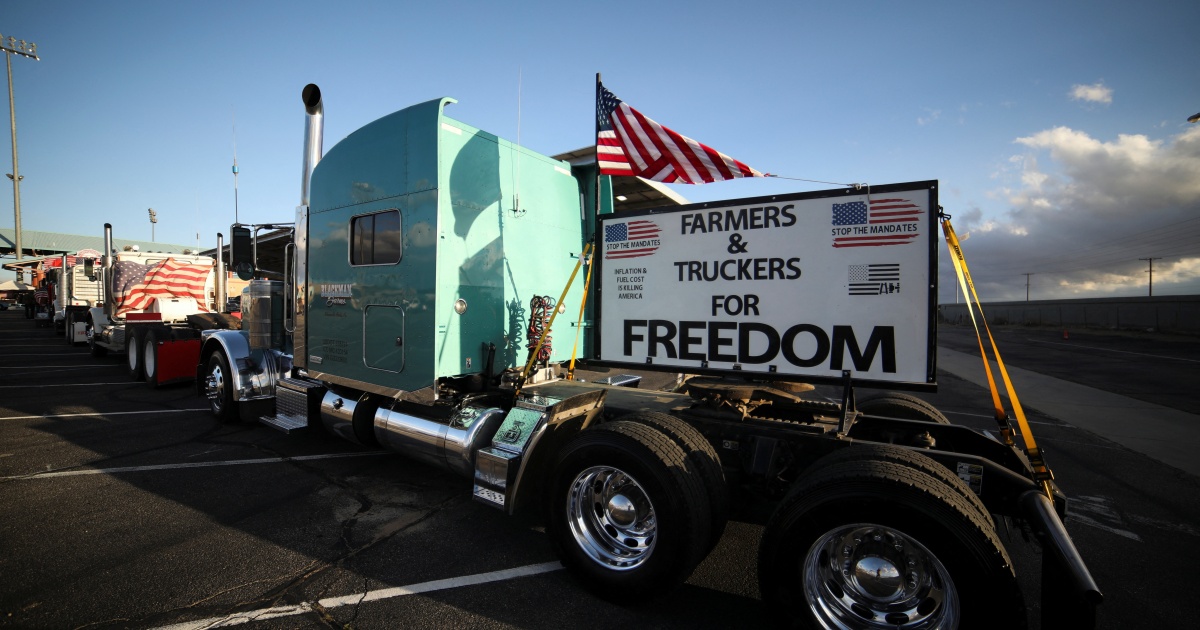 US truckers planning pandemic protest to begin heading to DC

The US convoys follow the recent Canadian truckers’ protests which shut down Ottawa and the busiest US Canadian border crossing.

Modelled after recent trucker protests in Canada, truck drivers in the United States are planning on setting off on a massive cross-country drive towards Washington, DC to protest against coronavirus restrictions.

Organisers of the “People’s Convoy” say they want to “jumpstart the economy” and reopen the country. Their 11-day trek that is estimated to be 4,000km (2,500 miles) long will approach the Beltway – which encircles the US capital – on March 5 “but will not be going into DC proper”, according to a statement.

Separate truck convoys have been planned through online forums with names like the People’s Convoy and the American Truckers Freedom Fund – all with different starting points, departure dates and routes. Some are scheduled to arrive in time for President Joe Biden’s State of the Union address on March 1, though others may arrive afterwards. 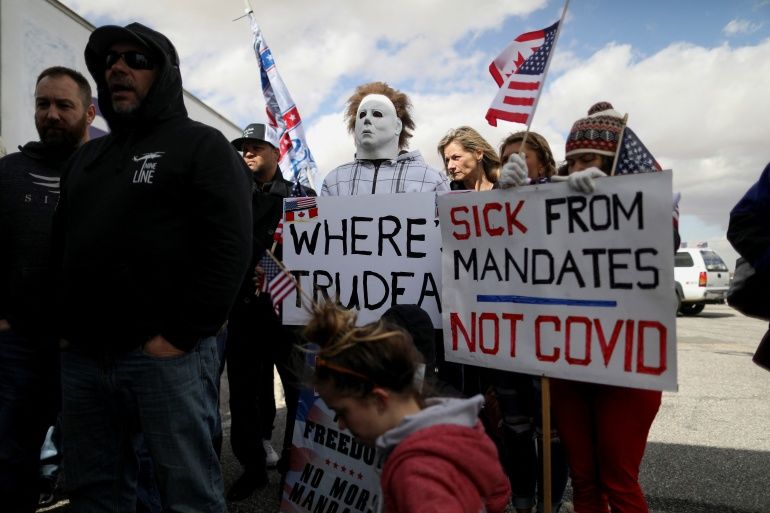 Some trucks are scheduled to arrive in time for President Joe Biden’s State of the Union address on March 1, while others may arrive afterwards

The convoys follow the recent Canadian truckers’ protest which shut down the busiest US-Canada border crossing and besieged the streets of the capital, Ottawa, for weeks to protest against government pandemic restrictions. The multiple blockades were broken up by police last week, with more than 100 arrests.

The websites organising the American trucker convoys directly reference the inspiration of the Canadian movement. A statement on the People’s Convoy website pays homage to “our brave and courageous neighbors to the north – our Canadian brothers and sisters who led the charge”.

The US convoys seek an immediate lifting of what they say are heavy-handed government pandemic restrictions, like mask mandates and vaccine requirements. The American Truckers Freedom Fund website says the group is protesting against “the unscientific, unconstitutional overreach of the federal government”.

Brian Brase, a truck driver who is one of the organisers, said, regardless of where the trucks stop, “we’re not going anywhere” until the group’s demands are met. Those demands include an end to COVID-19 vaccine and mask requirements.

Most US states are already easing some restrictions. In California, where the convoy begins on Wednesday, universal mask requirements were lifted last week, while masks for vaccinated people are required only in high-risk areas, such as public transit, schools and healthcare settings.

Another convoy was expected to leave Scranton, Pennsylvania, Biden’s hometown, on Wednesday morning and arrive on the Beltway, sometime during the afternoon. 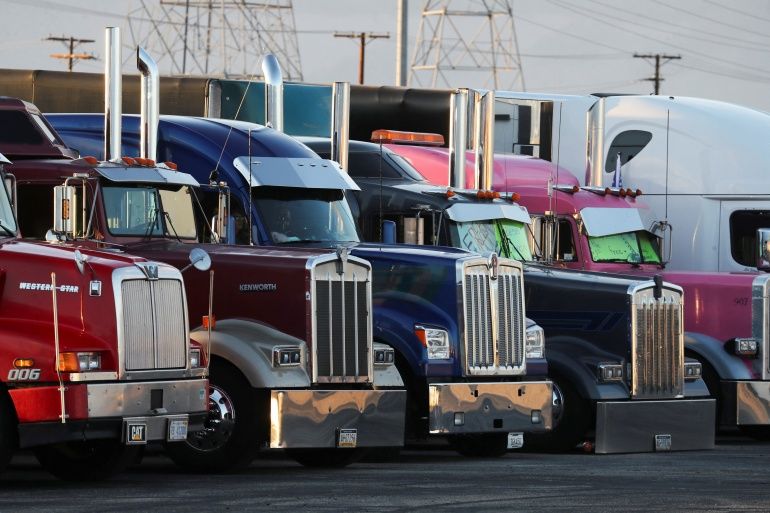 The US convoys are being organised in a decentralised manner, and their final destination and intentions are not clear

Vaccines have proven highly effective at preventing COVID-19 infections, especially serious illness and death, and high-quality masks offer strong protection against spreading or contracting the disease. Public sentiment, especially among conservatives, has been shifting against government mandates as the pandemic heads into its third year.

A state of emergency in the US was declared by President Donald Trump in March 2020. Last week, Biden announced his intention to extend it beyond the current March 1 expiration date.

It remains to be seen if any of the US convoys would seek to actively shut down Washington’s streets, the way their Canadian counterparts did in Ottawa. Some convoy organisers have spoken of plans to briefly roll through the city, then focus on shutting down the Beltway.

Meanwhile, the Pentagon has approved the deployment of 700 unarmed National Guard personnel to the nation’s capital as it prepares for the protests.

Guard members will not carry firearms or take part in law enforcement or domestic surveillance activities, the Pentagon said.