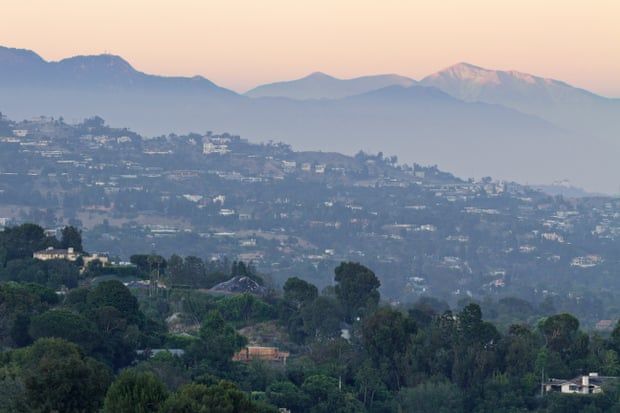 The sprawling estate was bought by Armenian ‘Super Minister’ Gagik Khachatryan with bribes paid by a businessman, FBI says
The US government wants to seize a mega-mansion in an exclusive area of Los Angeles that it claims was bought with millions in bribe money linked to the former finance minister of Armenia and his sons.

The estate, located near the former Playboy mansion, was renovated in a French Normandy-style and boasts 11 bedrooms and 26 full or partial baths, and includes a pool, wine cellar, home theater and maids’ quarters, according to real estate listings.

It was put on the market last month with an asking price of $63.5m, according to the federal complaint, filed this week by the US Department of Justice.

The complaint states that the US government is seeking the forfeiture of the 33,652 sq foot (3,126 sq meter) mansion, located in Holmby Hills, because it was allegedly bought illegally with bribe money paid by an Armenian businessman to Gagik Khachatryan, a former high ranking Armenian politician.

According to the complaint, the house was bought for $14.4m in 2011 by a trust on behalf of Khachatryan and his two sons, who are all facing criminal charges in Armenia.

It wasn’t immediately clear whether they had attorneys in the United States who could speak on their behalf about the forfeiture request. No attorneys for them were listed in the complaint.

The case is under investigation by the FBI.

Khachatryan, who was known as the “super minister” because of his many responsibilities, was chairman of Armenia’s state revenue committee from 2008 to 2014 and was minister of finance from 2014 to 2016.

The US government contends that wealthy and influential businessman Sedrak Arustamyan, who also is charged in Armenia, paid Khachatryan and his family more than $20m in bribes in exchange for favorable tax treatment of his businesses, and that some of that money went into buying the Holmby Hills estate.

The property was listed for sale in April, and was described by a real estate agency as “a truly unique opportunity”, with “immaculate architecture, manicured landscaping, and your chance to completely customize the interiors”, according to the Los Angeles Times.

The listing agent behind the property is reportedly still looking for a buyer.

“I’ve been told by the FBI that I can continue to do showings,” Richard Maslan, of Hilton & Hyland, told the Times.
Add Comment