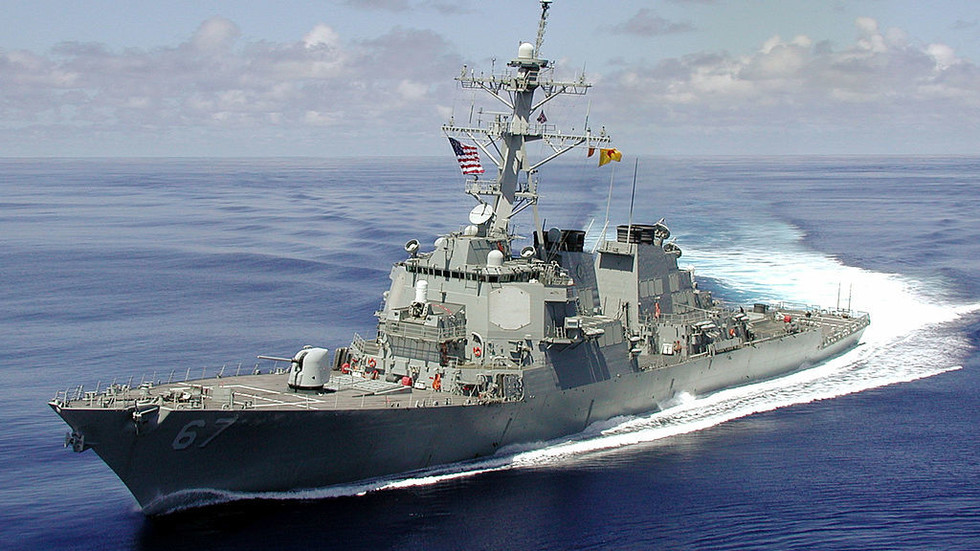 US to deploy warship & 5th generation fighter jets to UAE

Secretary of Defense Lloyd Austin announced on Tuesday that the US will deploy the USS Cole – a guided missile destroyer – and fifth-generation fighter jets to the United Arab Emirates to defend against the Houthi rebels.

Around 2,000 US soldiers and airmen are stationed at Abu Dhabi’s al-Dhafra airbase, and both countries supported Saudi Arabia’s ongoing war against the Houthis in Yemen, though the US ceased “offensive” operations there last year, and the UAE withdrew its ground troops in early 2020.

Yet the UAE continues to back anti-Houthi groups on the ground, and the US continues to support Saudi Arabia and its allies with arms sales, intelligence sharing, and defensive support.

In response, the Houthis have recently turned their attention to the UAE and the US troops stationed there. Monday saw Houthi missiles fly toward Abu Dhabi and drones target Dubai. The rebel group claimed to have successfully struck important sites with these attacks, but the US and UAE insist that the projectiles were intercepted.

Less than a week earlier, two Houthi ballistic missiles were shot down over Abu Dhabi before they could cause any casualties. Several days before that, three people were killed and at least six wounded in a Houthi drone strike on Abu Dhabi International Airport.

Three attacks in short succession – the first Houthi attacks to target the Emirates since 2018 – have caught the attention of military leaders in Washington and Abu Dhabi, and reprisals have been brutal. The Saudi-led coalition responded to the fatal attack on Abu Dhabi Airport by launching devastating airstrikes in Yemen, with reported strikes on an airport, a prison, and various government facilities in the northern city of Saada, killing at least 70 people and injuring hundreds more.

Yemen’s civil war – which pits the Houthis against the Saudi-backed government of Abdrabbuh Mansur Hadi and several other factions – is currently in its eighth year. The conflict has been described by the UN as the “world’s worst humanitarian crisis.” At the end of 2021, the UN Development Program estimated a death toll of 377,000 people, with around 70% of those killed under the age of five, and 60% killed by indirect causes like hunger and preventable disease following the Saudi-led blockade and sanctions by Western governments.