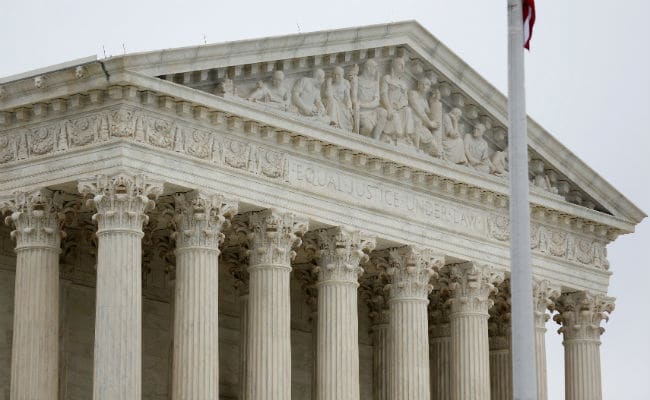 In an 8-1 ruling, the court ruled that US courts did not have the jurisdiction to decide the case, which was filed by six citizens of Mali who said they had been used as child slaves in the Ivory Coast.
The US Supreme Court tossed out a lawsuit on Thursday against Cargill and Nestle USA that accused the food giants of aiding and abetting slavery by using cocoa harvested from plantations in the Ivory Coast that used forced child labor.

In an 8-1 ruling, the court ruled that US courts did not have the jurisdiction to decide the case, which was filed by six citizens of Mali who said they had been used as child slaves in the Ivory Coast.

A lower court, the US Court of Appeals for the Ninth Circuit, had allowed the lawsuit to proceed but the nation's highest court disagreed.

"Respondents here seek a judicially created cause of action to recover damages from American corporations that allegedly aided and abetted slavery abroad," the court said in its opinion.

"Although respondents' injuries occurred entirely overseas, the Ninth Circuit held that respondents could sue in federal court because the defendant corporations allegedly made 'major operational decisions' in the United States," it said.

"The Ninth Circuit erred by allowing this suit to proceed."

The lawsuit was filed in 2005 by six Malians who say they were trafficked as children then held as slaves on Ivorian farms, where the US subsidiary of Switzerland-based Nestle and the American agricultural giant Cargill have purchased cocoa.

The suit alleged that the two companies knew what was occurring on the farms.

Lower courts had validated the suit under a 1789 law known as the Alien Tort Statute (ATS), which gives US federal courts jurisdiction to hear certain civil actions filed by foreign nationals.

The law, initially intended to fight piracy, has taken on a second life over the last 50 years with lawsuits filed that allege human rights abuses.

But the Supreme Court has repeatedly restricted its scope, such as in 2018 when it ruled against claims against foreign countries.

In Thursday's ruling, the Supreme Court said the plaintiffs were improperly seeking "extraterritorial application of the ATS."

"Nearly all the conduct that they say aided and abetted forced labor -- providing training, fertilizer, tools, and cash to overseas farms -- occurred in Ivory Coast," it said.