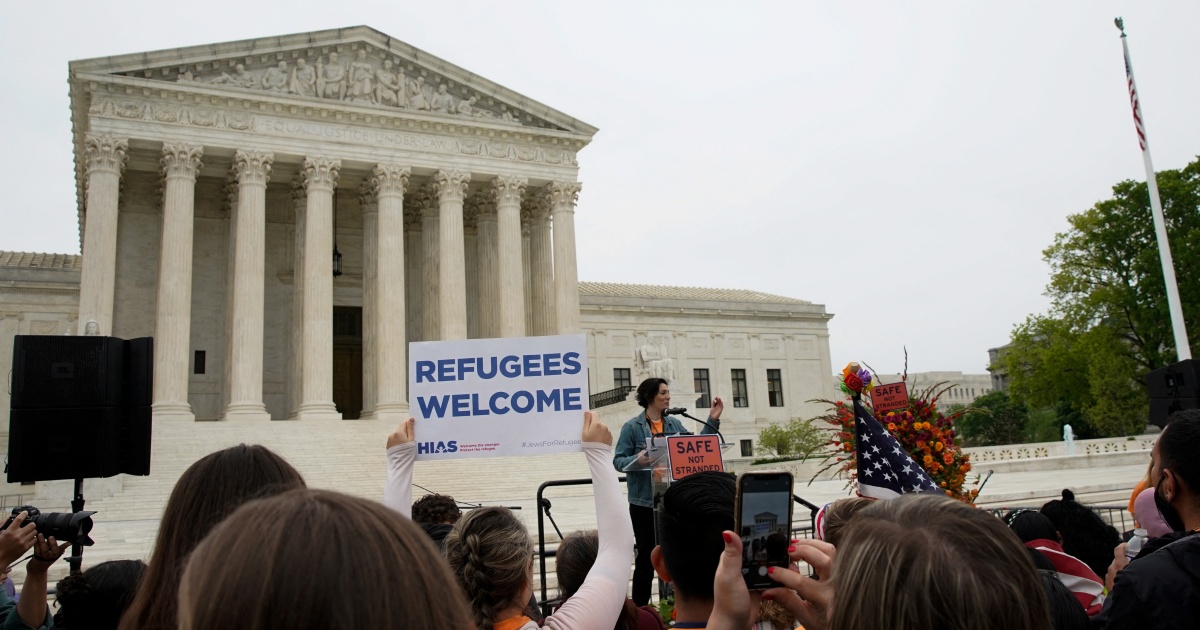 Under the policy, tens of thousands of asylum seekers were forced to wait for their US court dates in Mexico.

The US Supreme Court is considering President Joe Biden’s bid to rescind a hardline immigration policy begun under his predecessor, Donald Trump, that forced tens of thousands of migrants to stay in Mexico to await US hearings on their asylum claims.

The top court justices heard oral arguments on Tuesday in a Biden administration appeal of a lower court ruling that reinstated the “Remain in Mexico” policy after the Republican-led states of Texas and Missouri sued to maintain the programme.

The Trump administration imposed the programme, formally known as the Migrant Protection Protocols (MPP), in 2019 in an attempt to deter what it called frivolous asylum claims at the United States-Mexico border.

The programme prevented approximately 70,000 migrants, including asylum seekers fearing persecution in their home countries, from being released into the US to await immigration proceedings, instead returning them to Mexico.

Immigration advocates and progressive members of Biden’s Democratic Party have criticised MPP, saying it forced migrants to wait in Mexican border cities where they faced high rates of violence and other rights abuses, including kidnappings. The programme also made it difficult for migrants to access US lawyers.

On Tuesday, dozens of immigrant rights activists held a rally outside the Supreme Court in Washington, DC, setting up flowers with the message “safe not stranded”.

“The Biden v. Texas case is a critical juncture for our democracy, as the Supreme Court will decide whether the states of Texas and Missouri can undermine our laws and the will of millions of voters,” Tami Goodlette, director of litigation at The Refugee and Immigrant Center for Education and Legal Services (RAICES), said during the rally.

“Our laws are crystal clear: Everyone who arrives at our border has the right to request asylum and a person who fears persecution cannot be sent to a place where they are in danger,” Goodlette said.

The hearing came shortly before the US is expected to end another key Trump-era border restriction known as Title 42, which has allowed authorities to quickly expel most asylum seekers arriving in search of protection under the guise of the COVID-19 pandemic.

The Biden administration plans to end Title 42 on May 23, but that decision is being legally challenged by 22 states.

The case over the Remain in Mexico programme centres on how much discretion the Supreme Court, which has a 6-3 conservative majority, thinks Biden and his administration have to change course on immigration policy.

In its appeal to the justices, the administration said it is being “forced to reinstate and indefinitely continue a controversial policy” that exposes migrants to safety risks, harms US relations with Mexico, and is not the best tool for deterring undocumented border crossings.

The administration also said that the lower courts are unacceptably interfering with the historically broad authority that US presidents have held over immigration and foreign affairs – a principle that the Supreme Court has long endorsed, including in cases when Trump was president.

The number of migrants caught crossing the US-Mexico border has reached record highs, and Republicans have criticised Biden’s immigration policies while contending that the “Remain in Mexico” policy effectively deterred migration. 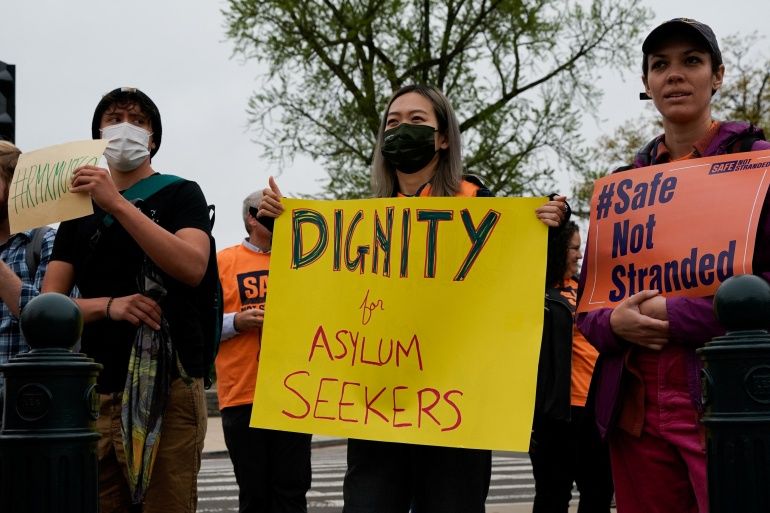 Nearly 2,200 asylum seekers have been enrolled in the programme since it was reinstated on December 6 and through March

Texas and Missouri challenged the Biden administration’s effort to scrap the policy, including a memo terminating the programme issued last June.

After a federal judge reinstated the programme in early December of last year, the administration made some changes at Mexico’s behest. It pledged to try to resolve cases within six months and agreed to shoulder the costs of shuttling migrants to and from the border for hearings.

Since the programme was reinstated, nearly 2,200 asylum seekers have been enrolled in MPP through the end of March. The majority have been from Nicaragua.