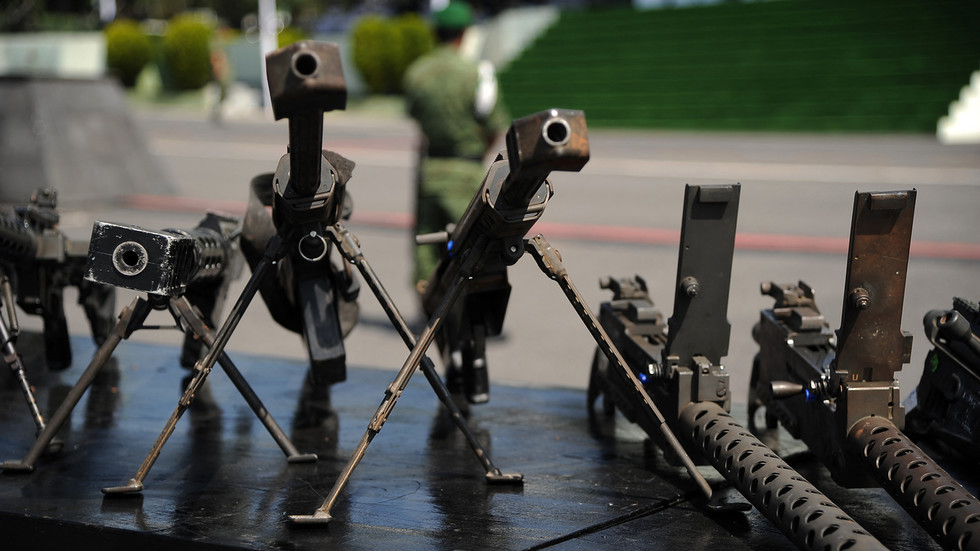 US states join Mexico in lawsuit against American gun manufacturers

Gunmakers hit back against allegations of facilitating trafficking
Attorneys general for 13 states and Washington DC have backed a Mexican federal lawsuit accusing American gun manufacturers of aiding and abetting the trafficking of weapons to Mexican criminals. The prosecutors – all Democrats – filed a brief last week in Massachusetts federal court seeking to deny the gunmakers the protection of a federal law shielding them from liability.

The targeted companies, including Smith & Wesson, Colt and Glock, have cited the Protection of Lawful Commerce in Arms Act in an effort to have the case dismissed. The law protects gunmakers from liability if their products are used in a crime.

However, Massachusetts Attorney General Maura Healey accused the companies of “knowingly market[ing] their products in a way that facilitates the illegal trafficking of weapons into the hands of dangerous individuals.”

Mexican legal adviser Alejandro Celorio clarified to CNN that the lawsuit is not attempting to blame the gunmakers or distributors for the killings or injuries committed with their weapons, but instead to hold them accountable for “negligence in their commercial practices” and a “lack of caution” violating US state and federal laws.

Trade industry group the National Shooting Sports Foundation slammed the coalition of prosecutors for what it described as misplaced efforts, arguing the Mexican government should “focus on bringing the Mexican drug cartels to justice in Mexican courtrooms” rather than “filing a baseless lawsuit in an American court to deflect attention from its disgraceful and corrupt failure to protect its citizens.”

While most of the defendants declined to speak to media pending litigation, Glock told CNN on Sunday that it would “vigorously” defend itself against the charges.

The lawsuit, initially filed in August, alleges over 597,000 guns are trafficked from the US into Mexico and claims the companies designed, marketed and distributed “military-style assault weapons” with an eye toward arming drug cartels, thus promoting violent crime of all kinds. A 2020 report by the US Government Accountability Office revealed 70% of guns recovered in Mexico between 2014 and 2018 came from the US, according to the Bureau of Alcohol, Tobacco, Firearms and Explosives (ATF).

Thousands of American-bought guns have found their way south of the border in recent years. The infamous Operation Fast and Furious saw the ATF deliberately allow gun dealers to sell over 2,000 weapons to known criminal entities, which would then ‘walk’ them across the border to Mexico. There, ATF agents were supposed to apprehend the criminals and convince them to turn in their bosses, but as often as not the agency ended up losing track of the guns. The scheme, which ran from 2009 to 2011, was wound up only after the firearms had been used in the commission of hundreds of murders and other crimes, including the 2010 killing of Border Patrol agent Brian Terry. Some were later used in the 2015 Bataclan massacre in France.
Add Comment