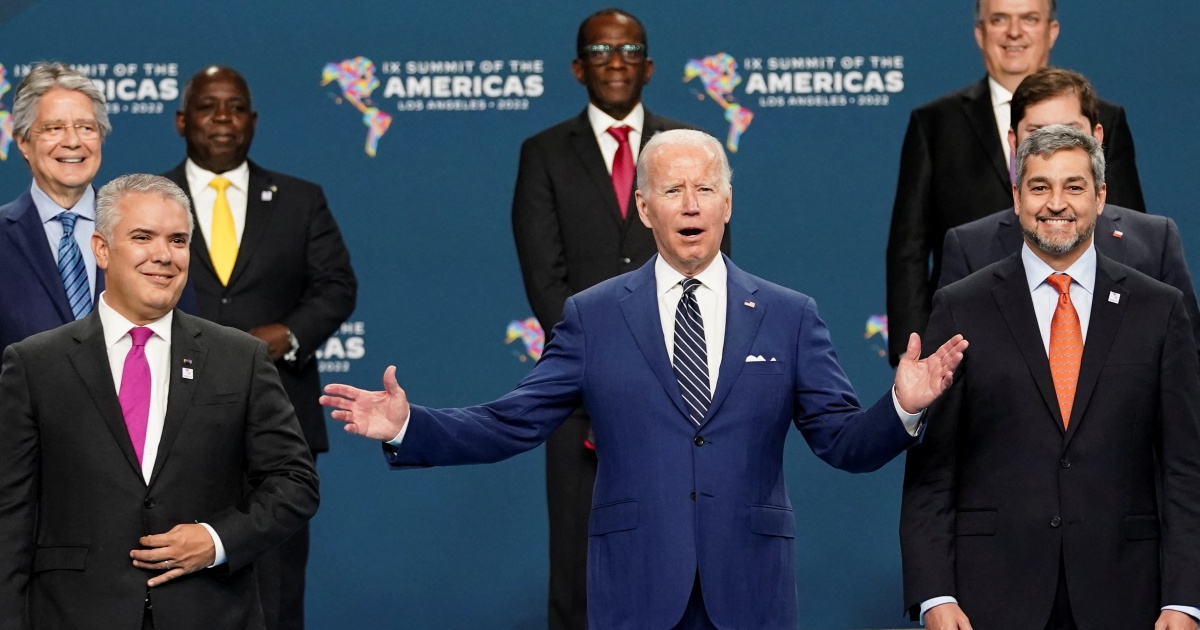 US rolls out migration plan on final day of Americas summit

Experts question whether Summit of the Americas declaration will do enough to address pressing needs in the region.

The United States has unveiled a plan that it says will help nations across the Americas region address migration, as President Joe Biden’s administration seeks greater cooperation to deter rising numbers of asylum seekers from seeking to reach the US.

The White House on Friday released a factsheet describing the “Los Angeles Declaration on Migration and Protection at the Summit of the Americas”, which aims to “mobilize the entire region around bold actions that will transform our approach to managing migration”.

The Biden administration pledged hundreds of millions in aid to Venezuelan migrants across the Western Hemisphere, as well as programmes to support temporary family-based visas for Cubans and Haitians and ease the hiring of Central American workers, among other measures.

“We’re transforming our approach to manage migration in the Americas,” Biden said later in the day, as he was joined by 20 nations for a ceremonial unveiling of the plan to close out the nine Summit of the Americas in Los Angeles, California.

“Each of us each of us is signing up to commitments that recognises the challenges we all share.”

The flags of 20 countries, several fewer than the number attending the summit in all, festooned the stage where Biden led the rollout. But even that number was only achieved after days of US pressure and cajoling at talks that were marked by controversies even before they began.

In particular, the US’s decision to exclude the leaders of Cuba, Venezuela and Nicaragua from the summit over those nations’ rights records drew considerable criticism – and led Mexican President Andres Manuel Lopez Obrador to skip the meeting altogether.

Some leaders this week slammed Washington for not extending invitations to all the heads of state, with analysts also pointing out that the decision could hamper US efforts to address pressing issues facing the Americas.

At the summit’s opening session on Thursday, leaders from Argentina and Belize took to the podium to rebuke Biden face-to-face over the guest list.

“It’s wrong that Cuba and Venezuela [and] Nicaragua are not here,” Barbados Prime Minister Mia Mottley also told the conference on Friday afternoon, stressing that “we need to speak to those with whom we disagree”.

“Those countries must equally recognise that you cannot want to fully participate if you’re not prepared equally to engage and to see progress, and the simple priority must be people – not ideology,” Mottley said.

“I hope that we leave here today conscious that we must never again come to a summit to talk at each other, but simply to talk with each other, in partnership and for the purpose of the prosperity of our people.”

Friday’s declaration aimed to create incentives for countries taking in large numbers and spread responsibility across the region, as well as cement agreements and commitments already in place.

But some analysts have been sceptical that there would be many meaningful commitments.

Al Jazeera’s Latin America editor Lucia Newman said while the declaration has been touted “as being imaginative, almost revolutionary … when you look at the details, it is simply not enough to deal with this extraordinary migration crisis that the region is experiencing right now.”

Newman, reporting from Chile’s capital Santiago, stressed that migration flows in the Americas are not only going in the direction of the US and Canada. “But also from countries like Cuba and Venezuela towards South America,” she said.

Meanwhile, the absence from the summit of the leaders of Guatemala, Honduras and El Salvador – the so-called “Northern Triangle” countries from which many migrants come – also has raised doubts about how effectively the proposed pledges will become reality.

The Biden administration has sought to dissuade people from seeking asylum at the US’s southern border amid a surge in arrivals, focusing much of its policies on addressing the “root causes” of migration.

But that has not stopped many people from trying to reach the US, as dire socioeconomic conditions, gang violence, unemployment and other issues are pushing many to flee their home countries.

This week, a migrant caravan made up largely of Venezuelans departed from southern Mexico bound for the US. But a pandemic-era restriction known as Title 42 has remained in place at the border, allowing American authorities to immediately expel most asylum seekers without offering them a chance to apply for protection. 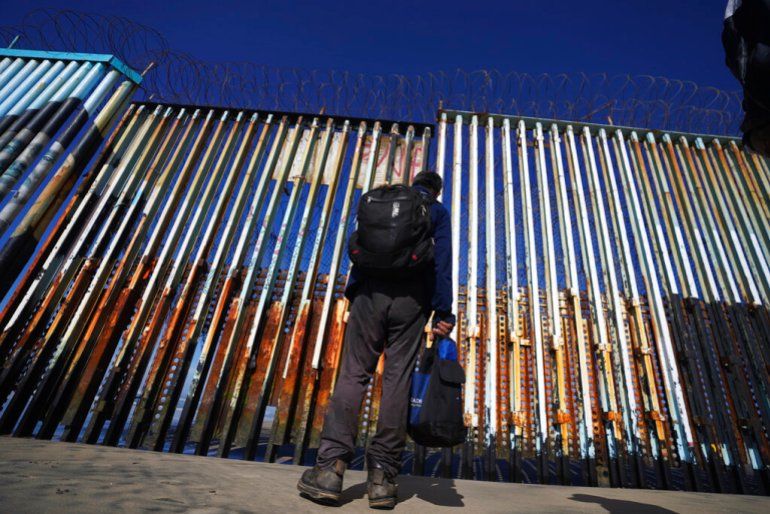