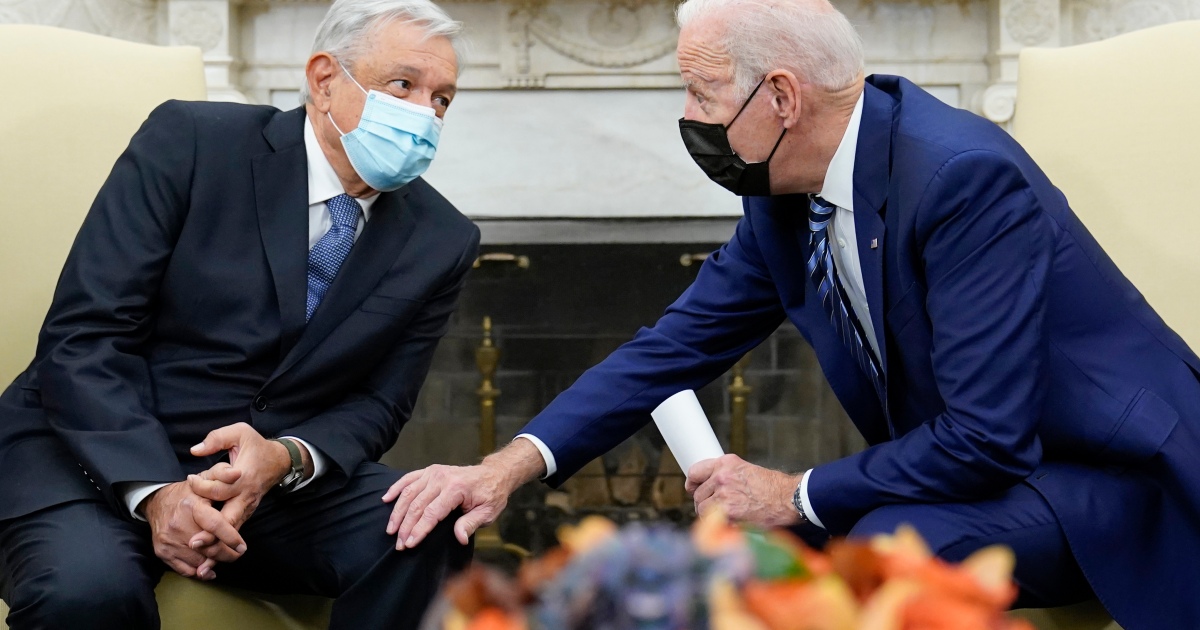 US readies to host regional summit, but attendance still unclear

Mexican President Andres Manuel Lopez Obrador has said he will not attend Summit of Americas unless all nations invited.

The administration of United States President Joe Biden is readying plans to host next week’s Summit of the Americas in Los Angeles, but it remains unclear if Mexico’s President Andres Manuel Lopez Obrador will attend.

The Mexican leader’s absence would be a setback for the US, as Mexico is a top trading partner and Latin America’s second-most populous country, and migration to the US – an issue that requires Mexico’s cooperation – is expected to be an important topic during the summit.

The summit is being convened in the United States for the first time since the first such gathering in Miami in 1994, as Biden seeks to reassert US leadership and counter China’s growing clout. He and other leaders are due to arrive in Los Angeles on June 8.

It also comes as the US is trying to mobilise regional efforts to tackle increasing numbers of migrants and asylum seekers headed towards the US. Mexico, which shares an enormous land border with the country, is crucial to any such effort.

But Lopez Obrador has said that he does not want to attend the Summit of the Americas unless every country in the region is invited. The US has not invited unfriendly governments like Cuba, Nicaragua and Venezuela, drawing criticism.

In recent months, the number of migrants heading towards the US-Mexico border from Central America, as well as other countries such as Haiti, Cuba and Nicaragua, has reached record highs, heaping pressure on the Biden administration.

The US had planned on May 23 to end a pandemic-era restriction first imposed by former President Donald Trump that allowed authorities to rapidly turn back to Mexico most asylum seekers that arrive at the southern border.

But a federal judge barred the Biden administration from ending the use of Title 42 after US states sued, meaning that the restriction – which immigration advocates have argued violates US and international laws – remains in place.

Since taking office in 2018, Lopez Obrador has focused more on his domestic agenda, including the inauguration of a new airport and construction of a new tourist train, than on foreign affairs. 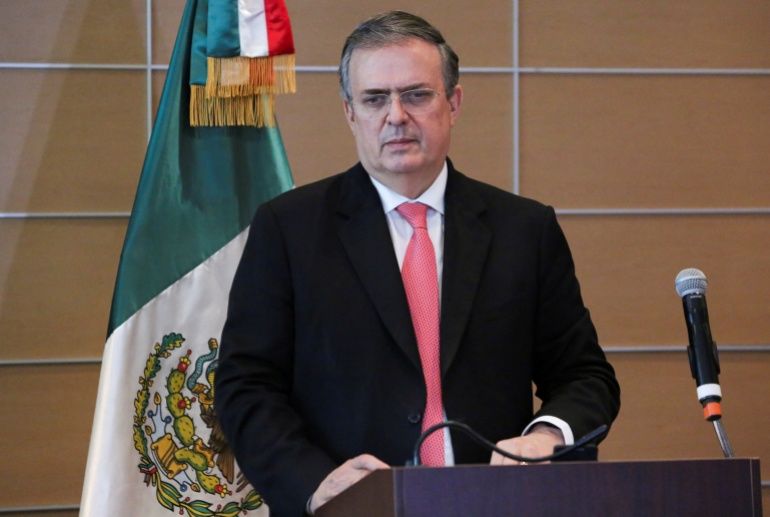 Mexico’s president has said Foreign Secretary Marcelo Ebrard, pictured, would attend the Americas Summit if the US does not invite all countries in the region

The left-wing president, commonly referred to as AMLO, has largely delegated Foreign Minister Ebrard, a US-friendly leader, to manage diplomacy.

The Associated Press news agency on Tuesday cited unnamed US senior administration officials who said that Lopez Obrador’s attendance at the upcoming summit would not undermine US efforts to tackle issues like migration.

Reuters also reported that Biden planned to seek regional consensus during the meeting on a new economic agenda to build on existing trade agreements with Latin America and expects to present a plan to tackle increasing migration.

Administration officials said his message will be that “we can’t do business as usual” in the hemisphere.

For her part, US Vice President Kamala Harris is expected to lead a new partnership focused on climate change in the Caribbean, officials told AP, and the administration is preparing a new effort to bolster healthcare systems throughout the region.

Meanwhile, amid chilly bilateral relations between the US and Brazil, far-right Brazilian President Jair Bolsonaro last week told reporters that he would attend the summit and meet with Biden on the sidelines.

An admirer of Trump, Bolsonaro has yet to meet one-on-one with the US president.